I Am Just Junco Series 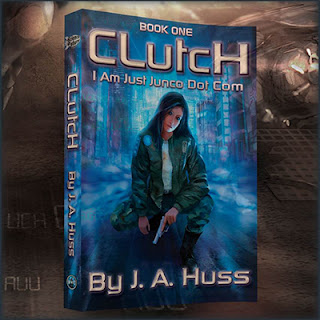 CLUTCH – In 2152 the avian race is on Earth looking for something stolen from them decades ago – their genetics.  At the center of the search lies the Rural Republic; a small backwards farming country with high hopes of military domination and a penchant for illegal bioengineering.
19 year old Junco Coot is the daughter of the Rural Republic’s ranking commander. She’s the most foul-mouthed, wildly unpredictable and ruthless sniper the Rural Republic has ever trained.  But when her father’s death sparks a trip into forbidden places, she triggers events that will change everything she knows to be true.
As an elite avian military officer, Tier’s mission is to destroy the bioengineering projects, kill Commander Coot’s daughter, and return home immediately. There’s just one problem. Junco isn’t who she claims to be.
With no one to trust, not even herself, Junco must confront the secrets of her past and accept her place in the future, or risk losing herself completely. 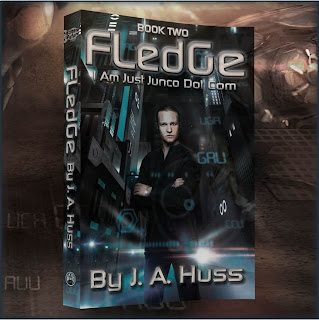 FLEDGE – Junco Coot can’t even remember her trip off Earth; she was too busy being morphed into her new avian body. But reality hits her hard when she wakes up to find her new life is not what she expected. Not even close.
Tier is on trial for treason, her new military team is hostile, her body is being taken over by an illicit AI, the avian president wants her dead, and her only friend is a ten-year old throwaway boy.
In most places the avian coming-of-age Fledge ritual would be nothing more than mass murder, but here in the capital city of Amelia, it’s called growing up. Junco has no choice; either fight to the death to prove her worth, or get sent back to Earth in the hands of her enemies.
On a foreign habitat, in a foreign culture, and surrounded by people she can’t trust or count on, Junco must find a way to save herself and Tier without losing her immortal soul in the process.
Read More   Buy Now 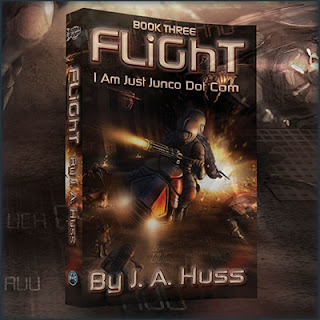 FLIGHT – There’s a new twist on an old prophecy and this one brings the End of Days. Junco must make a choice, but the choices all confirm her only worth is tied up in killing.
Lucan has secrets. Secrets that will make the Stag Camp look like playschool. And the lies are flowing like a mountain river during spring thaw. But he needs Junco to cooperate just a little bit longer or it all falls apart.
The Siblings on Earth are waiting for the Seventh to return and pull their clutch together. But Earth has secrets too — secrets that change everything.  Junco has survived against impossible odds, but the cost of survival is higher than she ever imagined. Luck is about to catch up with Junco Coot and her debt must be paid.
Read More  Buy Now