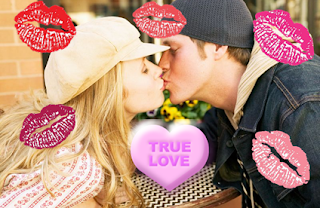 Did it start with Twilight? Or was that just the first time we noticed it on such a big scale?

I’ve seen a lot of hate over the insta-love in the reviews of other authors. I can relate to the frustrated reviewers because it’s hard to respect the insta-love some characters seem to have for one another these days. Ditto for pointless smart-ass dialog.
My book series, I Am Just Junco, is not a romance, but there is a romantic sub-plot between the two main characters (Junco and Tier). When I set out to develop their relationship I only had three hard and fast rules:
In fact I went out of my way to make Tier careful – believe me when I tell you Junco deserves a little extra care in how people treat her, so Tier stops himself from saying things he might otherwise tell someone not as damaged as Junco.
Junco does not take an instant like, let alone love, to Tier, either. He’s a bit bossy, a little too confident, and seems to under-appreciate her bad-ass-ness.
And she is bad-ass. She’s got a spinning hook kick that could stop even the biggest winged hot dude in his tracks…Tier finds that out in the first few chapters. 😉
Neither Junco nor Tier tolerates smart-ass one-liners in their dialog. Words have meaning, so they choose them carefully. Plus, there are a lot of secrets flowing in Clutch. And keeping secrets is important!
Junco remains suspect of Tier’s motives right up to the end and I love this about her. She’ll entertain him a little, let him get close to her, maybe even let him steal a kiss or two – but that’s where it ends, buddy.
She’s not looking for a man, she’s not looking to be saved, and she definitely not looking to hand herself over to just one guy. Nope, she’s looking for answers. (And besides, Tiers not even a man! He’s a winged alien!) Every action and reaction between Junco and Tier has meaning in Clutch and there are no coincidences.
Tier and Junco don’t have anything close to a perfect relationship, heck, they spend very little time together after the first book in the series, but everything in this story, from book one to book five, is tied up in the dynamics of their relationship. A relationship that was born and kindled in the first book, Clutch.
If you’re looking for an exciting plot filled with bad-ass characters that promises an exciting and fulfilling ending to each book in the series (romantic ones at that!) then start your journey into Junco’s world today by purchasing Clutch at Amazon foronly 99 cents.
OR – sign up for my newsletter and get a copy of CLUTCH for free!

And when you’re done, please leave a review and tell me if you think I hit the mark when I created the dynamic relationship between Tier and Junco. (But no spoilers, please!)
And don’t forget to enter the giveaway contest – each autographed copy of Clutch will come with some cool swag, too!

3 Responses to “How We Hate the Insta-Love, Smart-Ass, Cliché Romance”