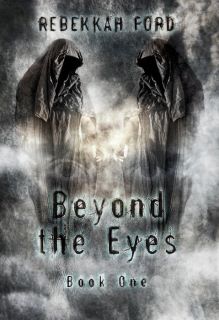 Buy Beyond the Eyes 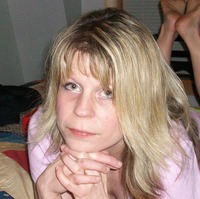 Rebekkah Ford grew up in a family that dealt with the paranormal. Her parents’ Charles and Geri Wilhelm were the Directors of the UFO Investigators League in Fairfield, Ohio, back in the 1970s. They also investigated ghost hauntings and Bigfoot sightings in addition to UFO’s. Growing up in this type of environment and having the passion for writing is what drove Rebekkah at an early age to write stories dealing with the paranormal. At one point in her life, she thought she wanted to be a journalist, and although she enjoyed writing articles, she quickly discovered her real passion was writing fiction. Her fascination with the paranormal is what led her to write the ‘Beyond the Eyes’ series. Visit her online and read her blog at http://themusingwriter.blogspot.com
Follow Rebekkah on Pinterest
Follow Rebekkah on Twitter
Find Rebekkah’s work on Book Daily

The Forever Girl – by Rebecca Hamilton

Review of Darkhouse by Karina Halle