That Little Something, Something | New Adult Addiction

My favorite book is not a romance but I love the main character because of a romance that never actually happens.
Sounds weird, right? Well, it is and it isn’t. You see my favorite character in fiction is a ruthless, cold-hearted killer named Takeshi Kovacs. He’s not a good guy, he’s not a nice guy, he’s not a romantic guy, and he’s not even a reliable or trustworthy guy.
And as far as being a boyfriend goes? Well, he’s not a relationship guy either.
You’re probably asking yourself why I’m even talking about him in terms of great fictional relationships, right?
Let me explain. 😉
Kovacs stars in a three book series that begins with his “partner” and himself being blown to bits during a police raid. You see, they’re criminals and they got caught. No worries though, this is science fiction so he just gets uploaded into “storage” which is the future’s answer to prison. His mind is kept in a computer…or something like that…until his sentence is up. 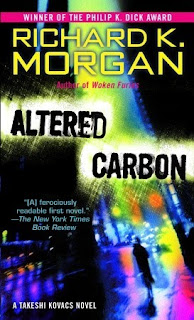 Needless to say he’s got more skills than his “partner” Sarah. So he gets a new body in the first book, with the catch that his “services” are needed to solve a mystery. (This book is called Altered Carbon, in case you’re interested). Sarah, on the other hand, is left in storage and used against him – if he does what he’s told, they’ll let her out and give her a second chance. If he misbehaves, well…bye, bye Sarah.
Naturally, cold-blooded killer that he is, Kovacs agrees to the terms.
Wait, what? Didn’t I just say he’s a pretty much worthless human being? Yeah, I did. But Sarah has one thing no one else, in all three books, ever gets again from Takeshi Kovacs.
His loyalty.
He loves her. He truly, truly loves her. In fact, the third and final book is all about vengeance for what eventually happened to her.
Now that’s a man I want to know more about.
Never, in all three books, do we ever see Sarah again except in a flashback at the end of book three. In fact, we never even learn if they’ve been intimate, he never really explains their relationship beyond the criminal aspect. But in each story she’s there, in the back of his mind, in his head, as someone that means something.
Every great relationship must have characters where at least one of them that feels this intensely about the other. And if you can get both of them on the same page, all the better. 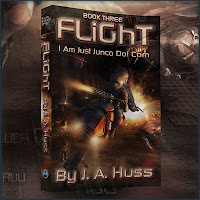 In my series, I Am Just Junco, my main character (Junco) has a relationship like this with a childhood friend. They’ve been to hell and back, they’ve killed together, got hurt together, fought together, and almost died together more times than they can count.
They are a single unit. They are partners.
You can’t even explain this kind of bond – there is no word for it. It’s not like siblings, although they are like siblings in many ways. And it’s not romantic because they have never been more than friends. But it goes deeper than either of those labels.
Junco and Gideon are like Kovacs and Sarah. Twisted together in fate and destiny. They share a past that connects them forever, they share a future that will keep them together, and they would each gladly die for the other.
Gideon and Junco don’t reconnect until the third book in my series (Flight) but you can start their journey today by checking out Clutch, the first Junco book at Amazon foronly 99 cents. 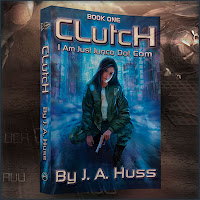 And if you think Juncs and Gid have what it takes to become the next Kovacs and Sarah, or the next Shaun and Liz, (Shaun of the Dead, right? He tackles ZOMBIES for Liz! And she already broke up with him!) or Romeo and Juliet (I do think mutual suicide takes it a bit far, but you get the picture) please leave me a review on Amazon and tell me why.
And don’t forget to enter the giveaway contest – each autographed copy of Clutch will come with some cool swag, too! 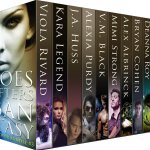