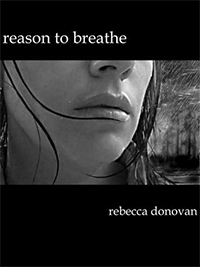 I enjoyed this book in many places.  I felt that Emma was well developed and her relationship with Evan was believable and true to life. I read it in two days, it kept my attention, and I was not wanting to put it down, so it’s a good story.
However, I also have a LOT of issues with this book.
Number one – the middle was long and not very believable.  There were parts where I did want to put it down just because there is no freaking way an abusive parent-figure would let Emma get away with half the crap she was doing.  Either the aunt is crazy or she isn’t.  The uncle is disinterested in reining her in, so none of the silly stuff in the middle made much sense to me.
Number two – what kind of friend lets her best friend go through this?  I had zero respect for Sara.  A real friend would take control of a situation that was THIS out of control, especially a friend with the over-the-top resources that Sara had.  Zero respect for the sidekick, she seemed only to exist to make Emma’s life more interesting in the book.
Number three – her reason for not reporting her aunt was that she wanted her cousins to have a family and not be split up due to their psychotic mother.
HUH?  That made no sense.
Number four – Drew?  I can’t even go there.  It was unnecessary.  100% unnecessary.
Number five – the end.  I will not read the second book until the series is over because I’ve read that book two has the same issue.  This book ended at the crisis, did I miss the climax?  Where was the battle?  I didn’t see it.  Ms. Donovan ends her first book at a completely inappropriate time.  This is the most blatant cliffhanger ending I’ve read since The Golden Compass – also extremely unsatisfying as a standalone book.  I did not like it at all, not because of how the story ended for Emma, I can deal with that.  But because Ms. Donovan missed an entire element in good storytelling. The climax.  (But at the same time she did stick in the denouement, so it’s not like she’s not aware that a book needs a climax.)  The plot was just out of whack.
And finally – abuse in any situation is serious.  If you’re going to write about it, take it seriously.  Abused kids, especially those in a control freak situation who are as threatened and beaten down as Emma, do not one day wake up and spend most of their days at their BBF’s house and hanging out with boyfriends at parties.  I could not get past that.  Either Carol is one of those abusive parents who don’t give a shit about the kid or Carol is a control freak who wants to be in charge of everything.  Ms. Donovan made Carol the latter, which means she has to be consistent throughout the book.  She wasn’t.
So why am I giving it four stars?  Because it did keep my interest and even though I was frustrated and it was way too long, I finished it rather quickly and never thought I wasted my money.  Plus, the plot issues are to be expected in a first book, no one is perfect and so I am not really going to take off for that.  Plotting a good story is hard work and the fact that this author was able to get me to keep reading says something. In addition, I have not read the rest of the series, so some of my nagging issues regarding motivation and abuse might be addressed later on.  I can give Ms. Donovan the benefit of the doubt for that.

Goodreads
Amazon
About the Author
Author Blog
Optimism seeps from every pore of my body. I truly believe that what’s supposed to happen… will! In that regard, I don’t know how to give up; it’s not part of my biological make up.
I’m a passionate (and some would say, overly enthusiastic) person. I learn by doing (and have been burned more times that I’d like to admit), but I will always throw my entire self into whatever I do – fail or succeed.
I think this is evident when I write, leaving nothing behind and spilling it all out on the pages. I give it all to my readers – love it or hate it.
The path I’m on is very often my own, veering off the beaten path at the sight of something more interesting or captivating, getting caught in the vines and thorns in order to experience the beauty and intrigue others often pass by. And I always meet the most interesting people along the way.

3 Responses to “Review of Reason to Breathe by Rebecca Donovan”