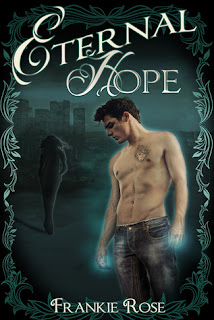 When your friends go missing and you don’t know if they’re dead or alive; when you tie your soul to the one you love; when you kill to protect and your family suffers, there’s only one thing you can do:

Farley Hope is special. She was prophesied to kill the forebears of her bloodline- a race of cold-blooded Reavers, men who steal the souls of the living to gain power. The Quorum had counted on Farley ending her own life in the process, but when Kayden came to her aid and helped save both her and Daniel, he undid their plans. Now the Quorum are displeased, not only with Kayden, but with Farley and Daniel too. Though her father is now dead, Farley’s troubles with the Reavers are far from over. An ancient Immortal, trapped for a thousand years, wants Farley for himself, and he will stop at nothing to claim her.

With secrets that lead to anger and pain, that turn friendship to dust, the group must overcome the problems within their own circle before they have a hope of fighting off the powers that threaten their lives.

Goodreads
Amazon
Everyone has a soul

Some are just worth more than others Farley Hope was seventeen when her mother disappeared. In the last six months not much has changed, except that her eighteenth birthday came and went and still no sign of Moira. Her life is just as complicated as it always was. Since her father died in a car crash before she was even born, she’s officially parentless, and to top it all off she’s still suffering from the hallucinations. Mind-splitting, vivid hallucinations- the kind prone to induce night terrors and leave you whimpering under your covers like a baby.

The last thing on her mind is boys. Farley is on break from St. Judes’ when she meets Daniel. It’s not some casual run in at a party, or even a blind date with friends, though. Daniel is the guy following her in his 1970′s Dodge Charger; the guy standing at her window in the LA lunch hour traffic, trying to persuade her to leave everything behind and follow him. And he’s hot as all hell.

The moment Farley lays eyes on Daniel, everything changes. He is cold and withdrawn, but there are cracks in his harsh veneer- cracks that betray the secrets he is trying so hard to hide. Farley is drawn into a world that will shake apart everything she thought she ever knew. There are truths out there that she must learn: that a person’s soul is their only real currency, and there are people who would do anything to take hers; that loving someone can hurt so much more than hating them; but, most importantly, when your future is predestined, there is little you can do to change it.

Her coming has been awaited for hundreds of years.

She is destined to end the tyranny of the Soul Reavers.

To do so she must die. 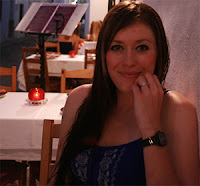 Frankie Rose was born in Truro, Cornwall, but grew up in the north west of England. Following her heart to Scotland in pursuit of mountains, she remained there for some time. However, it wasn’t long before she required even bigger mountains, at which she point she relocated to British Colombia in Canada. Now living in Australia with her wonderful husband, Frankie spends her time writing young adult novels and contemporary poetry.