Milo Mitchell’s life used to be charmed, but that was before her family dissolved, she went a little crazy, and her best friends started acting more like strangers. Spending Saturday morning in a treehouse with a stun gun for company and a herd of deer for friends is the only exciting thing in her life…until she shoots a fawn and finds her dart stuck in a guy.
Her gorgeous victim is dressed in a Brioni tux and armed with a hanky. He has no idea who or where he is. Afraid her dart caused his amnesia, Milo takes him in, names him Nick, and vows to help him solve his mystery. Soon the pair find Nick’s face in a newspaper obituary, and Nick beings to have strange, ethereal memories of Milo–who is sure she’s never met him.
Suddenly Nick knows things he shouldn’t know and is doing things he shouldn’t do. When the Department of Defense shows up, Nick and Milo run–toward a shocking conclusion that could destroy both their worlds.
REVIEW:
HERE opens with a scene between high school friends in the home of the main character, Milo Mitchell, who lives on a large piece of property in Golden, Colorado. I’ll just take a moment here to mention that I lived in Wheat Ridge, Colorado which bumps up against Golden, for several years – so this was a nice surprise. I know Golden, I know where the Wal-Mart is, and I could totally picture the King Soopers down on Youngfield. So that was weird, but in a good way. There were some local details that were off – like the mention of Pikes Peak in relation to Golden.  But all in all I enjoyed the setting a lot.
HERE is one cool book if you’re a SF fan – and I am. I have two science degrees so I like a story that actually follows the rules, or at the very least, takes things that we know to be true and weaves a new way to look at them, or creates a whole civilization about them. This is what HERE did. I won’t get into the specifics except to say that the “beings’ in HERE totally reminded me of the shatterlings in Alastair Reynolds’ House of Suns. I loved that book, absolutely loved that book. So that comparison is also a good thing.
In addition – I loved Milo. She’s a damaged girl – one who has really deep issues that I’d really like to know more about. We get very small glimpses here and there about Milo’s mental status throughout the book, but all in all I trusted her, I trusted that she was competent during this story even if she had some issues previously, and I wanted her to be mentally sound.
Nick was a so-so character for me – even with his additional POV, I was not as concerned with Nick like I was Milo. I think it’s because we really didn’t get enough answers about him, so that will probably come in the next book.
The story is original, I rooted for Milo and Nick by extension, and this is a series that I will continue to read.
I believe this book is young adult but there is really no school time in here, so that’s part of the reason I liked it. There is drug use at a party, but Milo does not partake. I’m OK with that, but normally I don’t care for drug use in books, especially YA books, unless there’s an anti-drug message in there somewhere.
All in all I give 5 stars and I am eagerly awaiting the next book TRAPPED!
Author Blog ~ Facebook ~ Twitter ~ Amazon

Trapped is Book Two in the


CONTAINS SPOILERS
DO NOT READ BEFORE READING HERE
When Milo Mitchell falls for the beautiful, tuxedo-clad guy she found wandering her family’s rural Colorado property, she never dreamed he was a scout from another galaxy, or that their relationship would leave him with an impossible choice: eradicating humankind, or initiating the end of his own people. Nick’s job is finding the elements his people need to power their elaborate interweb of minds. Being a scout means he is capable of traveling to other planets on his own. It also means that, unlike The Rest, he has access to primitive feelings and individual desires. For eons, he was part of the whole, but when he encountered Milo, his obsession with her changed everything. Nick’s partner, Vera, is capable of independent thought, but not compelled by it. She is satisfied with her existence as one of The Rest, and she won’t agree that humans are worth sparing; not when their planet has a precious cache of the gold her people need so badly. While Vera tries to force Nick into endorsing an Earth invasion, working behind the scenes to tie his hands, and the Department of Defense lays a trap for them with Milo’s mom as bait, Nick and Milo are waging their own war – against a primal desire that can only lead to one thing: heartbreak.
RELEASE DATE: SOON! 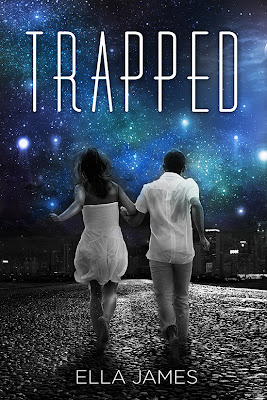