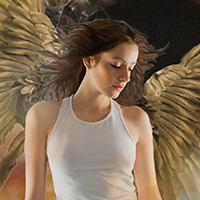 JUNCO SAYS: There’s been a lot of talk around the blogosphere from the guys about who is my favorite dude, and instead of letting them fight it out in public, I’m gonna set the record straight. First let me introduce them to ya, so ya all know who’s who:
Front and center we have Tier. Tier is a main character in CLUTCH, the first book in my series I Am Just Junco. I’m not so sure about his motives, but I certainly like to look at him. He’s tall, like a foot taller than me, with dark black hair that curls just the slightest bit as it falls over his blazing green eyes. And they do blaze, that’s for real. The glow in them is like a warm Sunday afternoon on the prairie. (Sorry, I get a little swoony just mentioning him.) Then there’s the wings. Magnificent charcoal-gray wings that lift up and turn and make all sorts of movement when he speaks. I love watching his wings when he talks, the way they move shows me his true feelings. 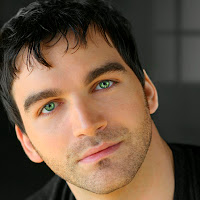 Tier’s right-hand guy is Ashur. He’s the one on the upper right. They are literally like brothers since they were born in the same clutch and spent every significant moment together in life. Ashur is a little more…well, I’ll be magnanimous and call him less patient than Tier. My sweet talk does not work on him very much, and he says what’s on his mind. Tier pretty much lets me do my thing, but Ashur is always there trying to get in my way. Still, I love him and I can always count on him (when he’s not trying to fight me). Ashur shows up late in CLUTCH but I don’t really get to know him until book two, FLEDGE. 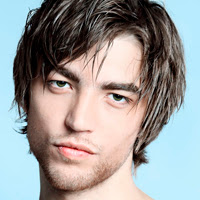 My right-hand guy is Isten. (Bottom right to you) Isten is, well that’s a spoiler, so I can’t say any more about that. Isten plays a pretty big role in my life during FLEDGE, but he’s even more important in FLIGHT (book three). Of all my avian teammates, Isten is the only one who shares both physical characteristics and work related skills with me. I can’t say too much, almost everything about Isten is a total spoiler, but he’s awesome! 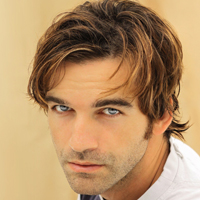 On the upper left is my other half, Gideon. I can’t say any more about Gideon other than he’s my number one. No matter what happens, I look to Gideon for everything. Everything. You won’t be able to meet him until book three, FLIGHT, but I swear, he’s worth it. Muah, love you so much, Gideon. 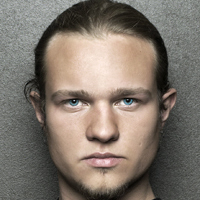 And finally, we have Lucan. Ah, Lucan, he’s my…my what? What is Lucan? Very good question. I’ve seen him in several forms and still, I have no idea who the real Lucan is. But I do know one thing, he loves me. He might let me get my butt kicked when I need it, and he does have a way of sidestepping the truth a lot, but all in all, I think Lucan is not such a bad guy. Maybe he’s not good, but there are worse people out there than Lucan.
OK, those are my favorite five dudes in the I Am Just Junco series. So which one do I love best? Well, I love them all, but for very different reasons. I want to marry one and have his babies, I want one to take me to look at the stars, I need another to snap me back to reality when I get a little crazy, and two of them are physically part of me. I literally could not get rid of them if I tried.
So who’s who? Well, I can’t tell ya that…it spoils all the fun of reading the books to find out! But I do promise one thing, I’ll keep you guessing ‘til the very end. Pick up CLUTCH and then you can meet each one the same way I do. Then maybe you can tell me…who do I love best?
BOOK FOUR IS ALMOST READY FOR ARC REVIEWS – are you interested in hosting me and my boys?  Sign up HERE for cover reveals, release day  blitzes, ARC reviews, and promo/giveaway spots. 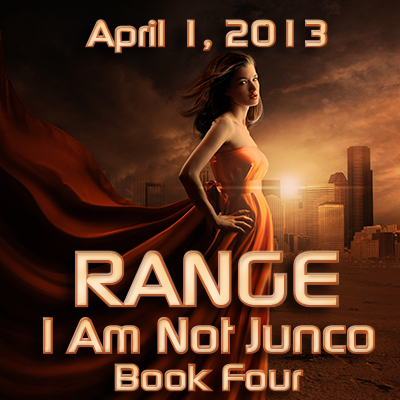