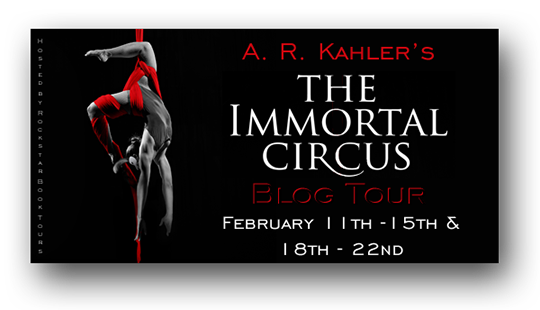 BY A.R. KAHLER
Publisher: 47North
Publication dates: Serial eBook – December 4, 2012;
In Print – January 29, 2013
Formats: Kindle eBook
Murdered contortionists aren’t exactly what Vivienne signed up for when she ran away to join the circus. But like most things under the big top, nothing is what it seems. With a past she can’t quite remember, Vivienne finds that running away forever might not be as appealing as it once sounded—especially not when she realizes the devilishly attractive ringleader Mab is the Faerie Queen of legend…and that she and the rest of the troupe are locked in an age-old rivalry between the otherworldly Courts.


Aided by her friends Kingston—a feisty stage magician whose magic is quickly stealing her heart—and his smart-ass assistant Melody, Vivienne finds herself racing against the clock to discover the culprit behind a series of deaths that should be impossible. However, the answer she seeks might reveal more about her own bloody past—and future—than she bargains for.
The show’s just beginning.
Step right up… 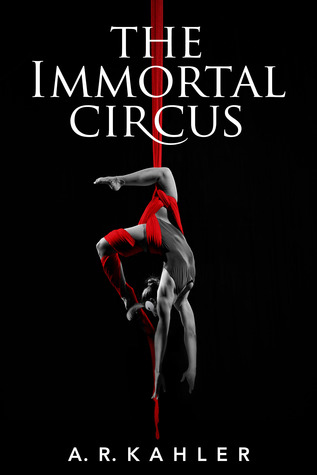 Find the book:
BOOK WEBSITE
FACEBOOK
GOODREADS
AMAZON
INTERVIEW WITH AUTHOR A.R. KAHLER
When I saw that The immortal Circus was going on tour I immediately signed up to be a host because I love the circus!  I happen to come by it honestly because I have a few circus people in the pedigree, this one below is my Uncle Smoky!  He was a clown, in case you can’t tell!

Scared the crap out of me as a kid. 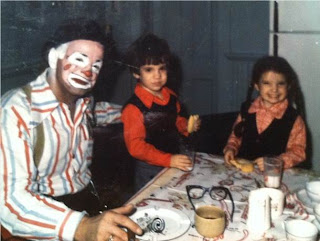 But imagine my delight when I heard that author A.R. Kahler was a REAL circus guy!  Very cool!  So I asked him to answer a few questions for New Adult Addiction readers and he was happy to oblige. 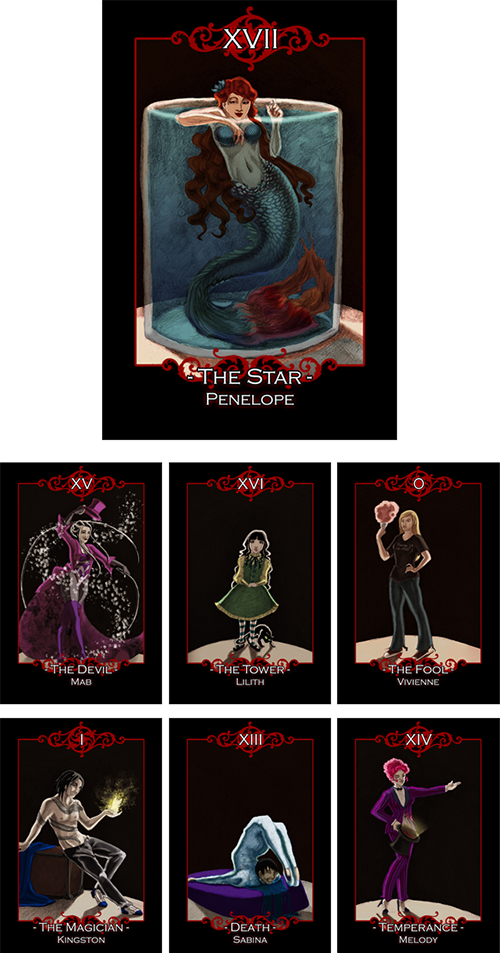 Which of your characters was the original idea of The Immortal Circus based on?  Or did it have a concept first, and the characters came later?
The book definitely began with a concept: most of my books do. With this one, a few different ideas merged together and created the show and the characters that populated it. First, there was my love for circus and the big top, then my love for Joss Whedon’s DOLLHOUSE and the whole ‘memory-loss protagonist’ thing, and then, of course, magic and faeries. Everything else started filling in between the lines after those parameters were in place.
Why did you choose to set your book in the circus?  What draws you to the show and the performers?
I’ve been involved in the circus arts for years. For me, they’re the epitome of art: you have normal people reaching beyond the ordinary in every possible way. Music, costumes, lights, choreography, story…for me, a good circus show is more potent than any play.
Tell us about the artwork you feature on The immortal Circus website?  Did you draw/paint it yourself, or did you hire an artist?
My friend Beatrice Schares did all of the illustrative work on the website. She and I have been working on various projects together over the past few years. She’s even been hired on to illustrate the interior of my YA series coming out in 2014, which is really, really exciting. Sometimes it’s almost like she can read my mind, our ideas have become so in sync.
What’s up next for you as far as writing projects go?  Do you have any new releases coming up?
Oh, so much. The sequel for THE IMMORTAL CIRCUS is out in June, so…I should finish writing that. I’ve got a dark post-apoc YA series coming out October 2014 (first book is MARTYR). And I’m working on another YA trilogy that is uber secret but totally exciting, combining a couple different mythologies and some real-world drama. I’m always working on something, and I like keeping it that way.
How do you like the new Amazon format of serials?  How have readers responded to the idea that bits of books are released at certain time intervals like a television season?
I love writing it. But I know I would hate reading it because, well, we authors are evil and build in cliffhangers. Which is fantastic, because it really ramps up the engagement of readers over a longer period of time and gets them talking about what happens next? So far, readers seem to love the serial for those very reasons. And I think that it’s really good for readers who don’t have the time to read a full book at once—you’re reminded every time a new episode comes out, so you can read it in chunks without feeling intimidated. It’s really fun being a part of something that pushes the idea of what a book/reading experience should be.
Thanks a bunch for being here today!
Find the book:
BOOK WEBSITE
FACEBOOK
GOODREADS
AMAZON

a Rafflecopter giveaway
About A.R. Kahler 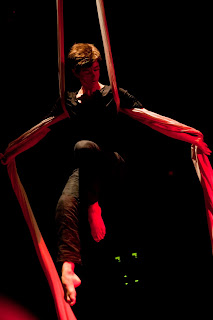 Most little boys dream of running away to join the circus.  Alex didn’t just dream it: he did it. But then, he rarely lets a good dream pass him by.  In the past six years he’s toured and trained across America and Europe. He’s performed in Amsterdam, taught trapeze in Madrid, studied in Glasgow and even had a stint as assistant to Holly Black and Cassandra Clare in New England. He’s constantly on the lookout for new places to explore and new worlds to invent. He’s a Sagittarius fueled by full moons and espresso. The way to his heart is a latte and fan art. Just for the record.

THE IMMORTAL CIRCUS is his first New Adult novel, and is being released exclusively through the Amazon Kindle e-Serials program by 47North. It will be available in print and audio when the episodes are complete.
MARTYR the first book in his post-apocalyptic fantasy, will be published by Spencer Hill Press in October 2014.
Find him:
TWITTER
(@ARKahler) & (@ImmortalCircus)
WEBSITE/BLOG

4 Responses to “BLOG TOUR: The Immortal Circus by A.R. Kahler”