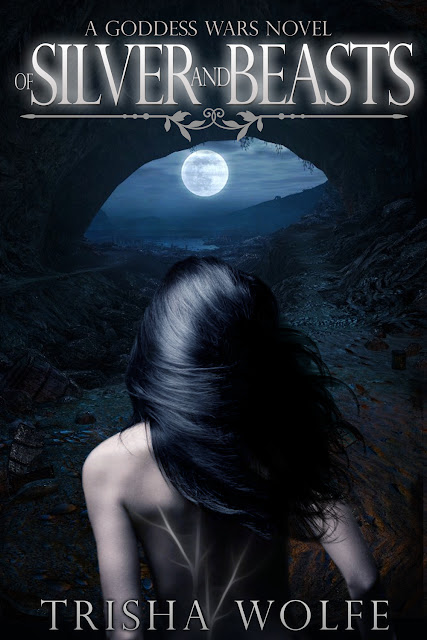 In the sand-covered queendom of Cavan, the goddess once saved a young Kaliope’s life, preventing the mercury her father attempted to hide in her blood from reaching her heart. Now, a cybernetic clamp filters it, but the silver streaks swirling faintly beneath her skin are a constant reminder that she’s different.
When nineteen-year-old Kaliope is chosen as head of the Nactue Guard, she becomes the sworn protector to her empress. In the midst of an invasion on a neighboring land, Kaliope is placed in charge of guarding Prince Caben, the last heir to his kingdom. But when they’re attacked by the feared Otherworlders, Caben and Kaliope are abducted and taken below to a realm where they must fight for their life in a caged arena.
Kaliope struggles to protect her princely charge, keeping him and herself alive while battling inhumanly opponents, and trying to save the stolen, sacred relic that will restore her empress’s life force and all of Cavan. And if she can somehow awaken the goddess within her, she may save what’s most important.
New Adult Dark Fantasy: Intended for readers 17 years of age and older.

I open my mouth to say something comforting, but I’m unsure of what. In this moment, I’m reminded that I know little about him. Other than the sarcasm and desire to understand nothing of my queendom, he hasn’t allowed me past the surface.
But then, I have my own walls, hiding things I’d never want him or any other to know. And I understand that need to hide them. You can’t trust anyone.
“Caben…” I start, but still can’t find the right words.
He lowers his hand from his face, never taking his eyes off the glinting water top. “You’re right,” he finally says. “Let’s find the access to Lilly’s section.”
A hollow pang hits my chest, and I’m not sure why. Something in his voice sounds lost, broken. I imagine the gears around my heart spinning faster, trying to keep up with my racing heart.
When he sidesteps me, I reach out and grab his arm. “Caben, I didn’t mean—”
“It’s fine, Kal,” he snaps. “We have work to do.”
“No, I’ve said something to offend you.” I drop my hand, but keep close to him, not allowing him to leave my side. Goddess, trying to understand the male brain is harder than anything in protector training. I’ve heard people say that you have to tip-toe around a woman’s emotions, but a man’s ego is every bit as fragile, if not more so.
He releases a heavy breath through his nose and walks back to the pool. He sits down along the edge and rolls up his pants, then slips off his boots. “I honestly don’t think Bax or his goons will be returning tonight.” He sinks his bare feet into the water and sighs.
Glancing at the back of the cave, I plant my hands on my hips. We don’t have time for indulgencies, but the prince is still my charge. If it were my empress, I’d give her anything she’d ask for. Allow her as much time as she needed to collect herself. I have to watch over his mental state as well as protect him, so I try to push the pending need to find Lilly aside and sit down next to him.
“Here,” he says, turning his hand out near my crossed feet. “You have to feel this.”
A smile tugs at the corner of my mouth. “I can remove my own—”
“Have you never been pampered a day in your life?” he asks, lifting an eyebrow. “I know that the Nactue are fierce and will put a hurt on any man for touching them. But try to relax.”
“Is that the rumor in Perinya?”
“What?”
I bite my lip, suddenly regretting my blurt. “Nothing. Never mind.”
From the corner of my eye, I see his lips pucker into a pinched smile, as if he’s trying not to. “Ah,” he says, like he’s made some great universal connection. “Well, there are many whisperings about the Nactue. Some I dare not repeat for fear I’d leave here missing a limb, but that’s one, yes.” He takes my booted foot and begins to unlace it.
“I’ve heard that the empress’s protectors are untouchable—forbidden to give themselves to men. And that they’ll snap a man’s neck just for making an advance.”
My mouth drops open. Appalled, I counter, “That’s not true.”
“All right,” he says, as if he hasn’t just insulted my very existence. “It’s only rumors. Things men jaw about in pubs. The unattainable woman is a fantasy, Kal. Don’t be offended.”
“Unattainable?” I grit my teeth, trying to maintain my composure. “Tell me, prince. Do men in your country just go around bedding every woman they can in order to keep them compliant?” I shake my head. “If their fantasy is a woman that would have nothing to do with them, it seems to me it’s their way of feeding their egos after being rejected.”
His eyes widen. “No! How does your brain come up with these—” He bites off his words, his lips thin as he presses them together. “Look, it was a joke.”
I nod, many times. “Another joke. I’m glad that our hard work and sacrifice is amusing to the men of Perinya.”
Caben lets out another sigh and slowly pulls off my boot. His warm fingers skim my calf as he inches up my pant leg. “Just stick your foot in,” he says, then adds lower, “while I stick mine in my mouth.”
Unexpectedly, I laugh. “At least it’s now clean,” I say. “Would you like some help getting it to your face?” 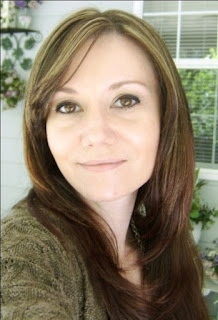 I’m the author of the YA Steampunk DESTINY’S FIRE (Omnific Publishing), the upcoming YA Utopian FIREBLOOD (Spencer Hill Press, Oct. 2013), and a new YA Dark Fantasy series releasing June 2013, OF SILVER AND BEASTS.
I’m the creator of YA Bound, a promotional blog for the Young Adult genre. A proud member of the SCWW and The Apocalypsies. And I’m also a business owner, partnered with my partner, my husband. When I’m not busy doing all of the above, I’m a wife and the mother of a gorgeous teen boy who’s the sounding board for my male characters.

9 Responses to “GIVEAWAY COVER REVEAL: Of Silver and Beasts by Trisha Wolfe”