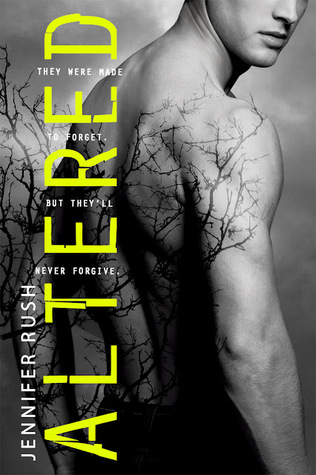 When you can’t trust yourself, who can you believe?
Everything about Anna’s life is a secret. Her father works for the Branch at the helm of its latest project: monitoring and administering treatments to the four genetically altered boys in the lab below their farmhouse. There’s Nick, Cas, Trev . . . and Sam, who’s stolen Anna’s heart. When the Branch decides it’s time to take the boys, Sam stages an escape, killing the agents sent to retrieve them.
Anna is torn between following Sam or staying behind in the safety of her everyday life. But her father pushes her to flee, making Sam promise to keep her away from the Branch, at all costs. There’s just one problem. Sam and the boys don’t remember anything before living in the lab—not even their true identities.
Now on the run, Anna soon discovers that she and Sam are connected in more ways than either of them expected. And if they’re both going to survive, they must piece together the clues of their past before the Branch catches up to them and steals it all away.

REVIEW
I thought I would love this book and I was right. I love this book. This is a five star read for a lot of reasons, mostly because I loved the main character, Anna. What to say about Anna – she’s got a quartet of hot boys in her basement! That’s one intriguing thing, but she’s so much more than what she starts out to be. I think the reason I liked Anna so much is because she was vulnerable for almost the entire book. I liked it, she was strong, don’t get me wrong, but she was definitely vulnerable. In fact, all the boys in this book, with the exception of one, maybe, were vulnerable. It was a nice change to constant badass.
Another thing I liked about this was the developing relationship between Anna and Sam, the leader of the boys who were locked in the basement. Since you’re in Anna’s mind you have one perception of Sam at first, but when Sam gets a chance to start showing Anna his true personality, things change. I also enjoyed the relationship between Anna and her father.
My favorite character of all the boys is Nick, and I seriously hope Nick gets more time in the next book.
Beyond that, I can’t tell you much of the plot because it will spoil it. Even though this was a YA book, I enjoyed it because it had a homeschool kid that was not as big a freak as most books make them out to be (she is caring for boys locked in her basement, so that is strange, but she’s smart and articulate, and self-motivated to do her schoolwork). I enjoyed the plot but most of all, but I also enjoyed taking this journey with Anna. I liked that there was a lot of introspection on her part. I didn’t mind the fact that she internalized a lot of stuff, and I didn’t think that this was due to lack of skill on Rush’s part. It felt intentional, which made it work for me.
The only things I would say felt lacking were the actual clues the kids used to figure things out. I think the tattoo was elaborate and not quite there. That kind of tattoo isn’t normally done in one sitting, it takes several visits to get a back piece that elaborate, so a little memory jolt from Sam on how that came to be would’ve gone a long way. But I overlooked it because this is the first book in a series, so Rush has time to flesh out things that fell a little flat in this book.
Five stars for me though, I enjoyed it and when I was forced to stop reading for work or whatever, I was disappointed and really didn’t want to put it down.

Jennifer Rush lives in a little town on the shoreline of Lake Michigan with her husband and two children. She grew up wanting to be an Egyptologist, but realized she hated the desert and declared herself a writer instead. She won her first writing award in the fourth grade (a Mickey Mouse pencil was the prize) and has been crafting stories ever since. In her free time, she likes to read, Photoshop, and consume large amounts of caffeine.