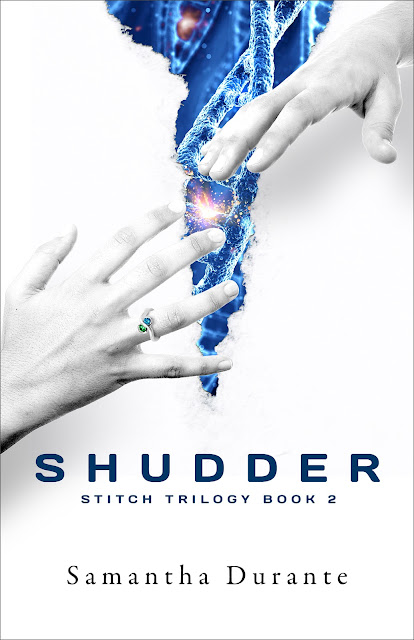 It’s only been three days, and already everything is different.
Paragon is behind her, but somehow Alessa’s life may actually have gotten worse. In a wrenching twist of fate, she traded the safety and companionship of her sister for that of her true love, losing a vital partner she’d counted on for the ordeal ahead. Her comfortable university life is but a distant memory, as she faces the prospect of surviving a bleak winter on the meager remains of a ravaged world. And if she’d thought she’d tasted fear upon seeing a ghost, she was wrong; now she’s discovering new depths of terror while being hunted by a deadly virus and a terrifying pack of superhuman creatures thirsting for blood.
And then there are the visions.
The memory-altering “stitch” unlocked something in Alessa’s mind, and now she can’t shake the constant flood of alien feelings ransacking her emotions. Haunting memories of an old flame are driving a deep and painful rift into her once-secure relationship. And a series of staggering revelations about the treacherous Engineers – and the bone-chilling deceit shrouding her world’s sorry history – will soon leave Alessa reeling…
The second installment in the electrifying Stitch Trilogy, Shudder follows Samantha Durante’s shocking and innovative debut with a heart-pounding, paranormal-dusted dystopian adventure sure to keep the pages turning.

REVIEW OF BOOK ONE: 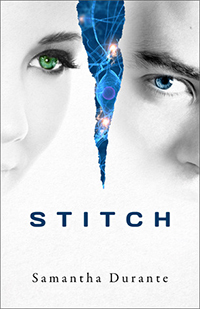 Stitch had me guessing for the whole first half of the book. At first I thought it was a ghost story, and it does start that way, but that’s certainly not where it ends. Alessa is a college student with a sad past. Her parents died during her senior year in high school and she blew off grades and plans for a future, giving up a potential spot in a top rate school, and instead settled for a large university where everyone is just another number.


She feels out of place, even though she’s a member of a sorority, and there seem to be an excessive number of cameras around campus. Back to the ghost – the sorority house is very old, so when she starts seeing an apparition that no one else can see, she starts looking into the history of the place. This is when things take a turn and suddenly we are in a science fiction novel. I admit, the first half of the book was a little slow. I was not sure where it was leading and then almost exactly at the 50% mark, the whole story turned on its head.
It was a good turn because things move quickly after this point and secrets start being revealed. I enjoyed the twist and I enjoyed the ending. Durante is building a world that will require readers to think and I like this. There are some hints towards the end that I won’t share in a review because they have spoiler potential, but I am anxious to see where she takes the story and want to know more about the central planning of the society in which Alessa has been living in. I think the next book will be excellent and I can’t wait to see what happens to Alessa as she moves forward.