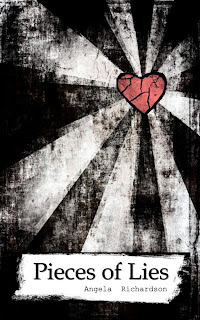 Passionately driven artist, Norah Ross, has been banished from New York to Morewell for her final semester of graphic design at McLaren University. Her move allows her to reconnect with Josh, her best friend, who is more then thrilled at Norah’s appearance back into his life.

At the same time that Norah steps back into Josh’s heart, she learns that he is in the process of being accepted into McLaren’s uber exclusive secret society, the ‘Lappell’. Josh takes Norah to the Lappell’s glamorous parties in the hope of taking their friendship to the next level, but when Norah meets the handsome and elusive Clint Weston, a leader in the Lappell, he sweeps her off her feet in more ways then one.

Norah quickly becomes caught up in an emotional tug-of-war between the two guys while also trying to deal with her own secrets that follow her every day. When Norah’s past begins to intertwine with her present, what unfolds is a series of dramatic events filled with romance, mystery and dark motivations. She quickly realizes the path to real love can be paved in all kinds of lies.

REVIEW:
Pieces of Lies is all about secrets.  You have secret societies, secrets that the boys are keeping from our heroine, Norah, and secrets that Norah is keeping from her best female friend and her main love interest.

In fact, the only person who knows what’s going on in this book is Josh.  I liked Josh a lot, far more than I liked Clint, who was the main guy in this story.  Clint was all about lies, so he never grew on me.

Josh was patient and loyal, but in the end I felt he gave in to Norah way too easily.  And I really didn’t get why he took Norah to the very first party – if he liked her at all, he wouldn’t have done that.

I liked Norah but I think her painting is weird.  She paints with her naked body, and there was a sex scene with paint covered naked bodies…and all I could think about was the mess.

I could not get into that at all.

I really did like the world building and the opulence of the parties and setting.  Norah is very into fashion and I loved reading the descriptions of her dresses as well as the homes where the parties took place.

Norah is sorta damaged, but she handles life well for some of the problems she’s been presented with, most of which just happen to be due to circumstance…being born into a certain family where family is everything.  She doesn’t fall apart and she pretty much goes with the flow.  I did feel for her problems, but some of them she brought on herself.

I liked the twists and I did not think the story was slow, however I did feel like some of the details were off.  There was foreign slang in the novel even though it takes place in New York and Massachusetts so that kinda threw me out of the story each time…for instance the phrase car park was used instead of parking lot and bonnet instead of trunk.  Just little things.

Also, I’m not up on the gun laws in MA or NY, but I have a conceal carry permit in Colorado, and there were some things off with the gun stuff too.  I can see why Norah would use shooting as her release, especially with her history, but usually you take your own gun to a range, not choose one when you get there.

The other part that I thought was frustrating was the ending…I can’t get into detail because I hate spoilers, but I’m not sure why the main characters made the decisions they did.

The plot was original though, and even though the love triangle did make me crazy (Josh!) this was a fun read that kept my interest the entire time.  It’s got a lot of twists and turns and I really like that.  If you’re looking for a romantic thriller that will definitely keep you guessing right down to the final scene, then Pieces of Lies is a good one to add to your TBR list. 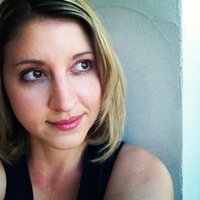 Pieces of Lies is my debut novel which I self published in January 2013. I’m currently writing the sequel to Pieces of Lies due out May 2013 as well as another novel due out later this year. I’m 33 years old, a mother of two beautiful children, and a wife. I’m from a small city in the state of Queensland in Australia. I have a ninja cat called ‘Slash’ (after Guns n’ Roses) and a beagle called ‘Beagles’

Im a lover of books, art & fine art photography, movies, rock music, creative vision and imagination, and most of all, I love to find beauty in imperfection. I’m addicted to coffee, coconut macarons and wine.

I am inspired by the quote by Ernest Hemingway which says, “Live the full life of the mind, exhilarated by new ideas, intoxicated by the romance of the unusual.”

2 Responses to “REVIEW: Pieces of Lies by Angela Richardson”