Top Ten Tuesday – is an original feature – weekly meme created by The Broke and the Bookish and exists so that everyone can share their love of lists with other bookish peeps!   For future Top Ten Tuesday topics & info on how to participate click here!

Julie’s Top Ten Books Read Before she was a Book Blogger
Oh, wow – you guys won’t recognize many of them, I’m sure! I was totally into hard SF for a few years before I started book blogging…but here goes… 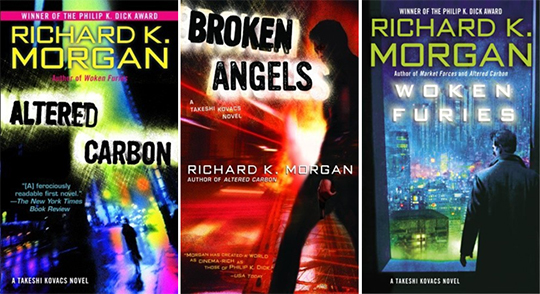 Altered Carbon, Broken Angels, Woken Furies (The Takeshi Kovacs series, by Richard K. Morgan) – all three so these were, and still are, my favorite books both before book blogging and after.

It’s got mythology, and nanotech, and swamp panthers that house human souls and must fight to the death, and archeology, teen hackers, and of course – CORTICAL STACKS!  The cortical stack is the container for your soul and it can change bodies… and so can you.  Essentially, it’s immortality for the rich.  I love everything about this series and I could read it over and over and never get tired of any of it. 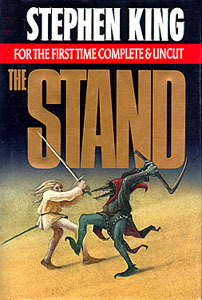 The Stand – Because Stephen King invented the Apocalypse as we know it today… and Mankind was taken down by the flu.  Plus all the good guys lived in Colorado. 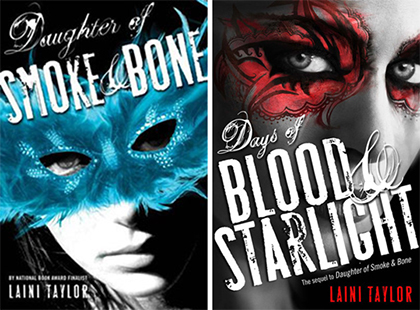 Daughter of Smoke and Bone and Days of Blood and Starlight by Laini Taylor – I know I read Book one before I was a blogger, but book two was right about the time I started New Adult Addiction.  But it still counts.  I love this series and I cannot wait for the next book. 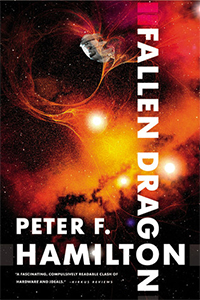 Fallen Dragon by Peter F. Hamilton – Oh, God, this book was awesome.  It’s really hard to define beyond science fiction, it’s almost a space opera the way it weaves through time, but most of it takes place on one planet. It’s about regrets mostly, but it has two plots.  The first is about the main character who made a mistake in his youth that he is desperately trying to set right, and the second is about a girl who is actually a sort of home-grown terrorist responding to her home planet being “invaded’ by the corporation that owns it.  This book is like 800 pages and I’ve read it cover to cover at least 3 times. 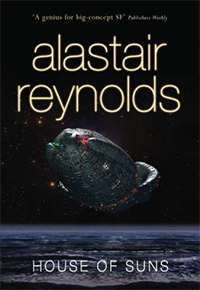 House of Suns by Alastair Reynolds – This book has one of the most beautiful endings I’ve ever read.  It was just stunning.  And actually, the last part of the book takes place in another galaxy and it was so weird and foreign, I almost couldn’t follow it at all, but the number one rule in reading hard SF is to go with it and trust the author to make it come together.  It came together… so together.

This book is about a “race” of beings called Shatterlings, which are collectively the pieces of one person that have been shattered into many.  They travel the galaxy and all the Shatterlings meet one every how ever many years for a sort of family reunion and this is where the story begins.  They are not supposed to travel together, but two of the Shatterlings have fallen in love and this story revolves around them. 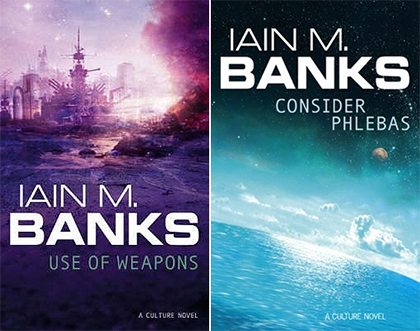 Consider Phlebas (Culture #1) by Iain M. Banks – this book was the complete opposite of House of Suns.  I wanted to scream at the ending, but this was my first Culture novel and it has stuck with me because of that ending.  Rule number two in reading SF, never, EVER expect a happy ending.

Use of Weapons (Culture #3) by Iain M. Banks – Since I read all the Culture novels in order, this was my third Culture novel.  I cannot even explain how heart-wrenching this story was.  It was a lifetime character study of a very, very tortured soul.  It was amazing.

The Culture novels are hard SF stories that revolve around a sort of Utopian Culture in the far, far future.  The best thing about all the Culture novels is the sentient ships.  Banks gives them all these outrageously cool names such as No More Mr Nice Guy, The Hand of God 137, Size Isn’t Everything, and my personal favorite… Kiss My Ass.

Well, that’s it for me!  I told ya you’d never recognize them!

But if you ever get the itch to read some real SF, this is where you should start.

CHECK OUT MY GIVEAWAYS!