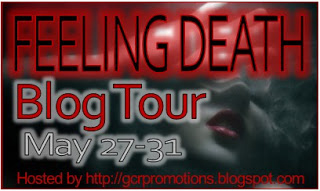 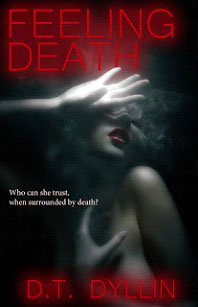 Samantha Bevans is having the best sex of her life—but it’s not with her husband. Fortunately for her marriage, the affair is all in her mind. Isn’t it? As an empath, she senses other people’s emotions. But her connection to the man with the chiseled face and haunting eyes seems so real.

There’s no time for fantasies with a serial killer loose in Pittsburgh. The killer is targeting dancers at a strip club where Samantha used to bartend, back when drugs were the only cure for the torment of her abilities. As a member of a special task force, Samantha uses her talents to sense the victims’ final thoughts. Just when she thought the case was complex enough, she discovers one of the victims was thinking about her fantasy man when she died.

Who can Samantha trust when she can’t trust her own mind? An empath feels the emotional environment around her…and Samantha is surrounded by death.– Goodreads

REVIEW
Thank you to the author and Good Choice Reading Blog Tours for the review copy of Feeling Death.
Wow, this was one trippy book.  I’ve read some erotica, but I’ve never read one like this.  It had some sexy scenes, but this was more like a cross between a psychological thriller and a paranormal erotic romance.
Sam is am empath.  She’s not the only one, there are others with special powers.  Some have empath powers, like the guy she starts out fantasizing about – Austin. And then there’s Nixon, who had void powers – the ability to prevents her from sensing the feelings of others.
So these paranormal people are on a team that is searching for a rogue member.  There’s so many twists to this story, and I don’t want to give anything away, so I’m not sure what more I can say.
I’ll talk about the title – Feeling Death.  Sam does feel death and it turns out this feeling is addictive, almost like a drug that makes you want to share someone’s death more and more, or need to share certain kinds of death.  it’s creepy and fascinating all tied up in one package.  I’ve read some stories about empaths, but nothing ever like this.
There is a pretty dramatic love triangle in this story, but I think most people will be OK with how it resolves.  Since this is a trilogy you don’t get all the answers, but there is a satisfying resolution at the end of book one.
The storyline is a bit complicated, it juggles between past and present and it really takes a while to understand what’s going on.  So if you’re one of those people who likes an easy read with mindless banter, this book is NOT FOR YOU.  You can’t miss anything, you can’t skim this book, because just when you think things are settling down, bam, someone gets shot in the head!

I swear, that happened! I will probably have to read this book again to get all the twists and little nuances before the second book is published.
Awesome start to a new series and even if you don’t read much erotica, this book is way more than that and I highly recommend it if you like complicated psychological romances. 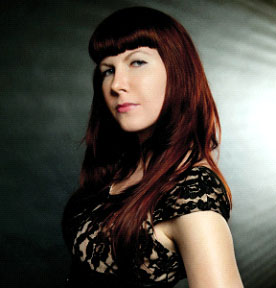 3 Responses to “REVIEW and GIVEAWAY: Feeling Death by DT Dyllin”