The Winners have been notified (names on the Rafflecopter below), they have 48 hours to get back to me or I’ll choose new winners! 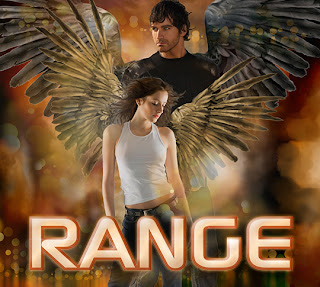 “That is enough!” Tier roars, pushing the chair aside as he stands.

The crashing sound of his command, as well as the toppled chair, is enough to make me draw up my hands and wince as I stop talking mid-sentence.

“If I have ta listen ta that filthy little mouth of yours for one more second, I’ll snap. Enough already. If you want to talk to me, you will do it with respect. I will not tolerate it.”

I stare at him. Speechless.

He stares back and waits.

“Choose carefully, Junco. I’m warning you.” His eyes blaze up with fire and light.


The challenge is unmistakable. Do I want to fight this battle?

“I,” he says, grabbing my shoulder to spin me around, “am the Angel of Death. If I want to say fuck, I will. You are not me.”

My eyebrows hike up in surprise. “Oh, I get it. It’s the old do as I say, not as I do command? Yeah, I’m familiar with that. That’s pretty much how I grew up.”

“Well, I wouldn’t know, would I? You never told me a damn thing about how you grew up. You told Isten, Aren, Ashur, Lucan.”

He stops to think for a moment.
“Maybe Kush, probably Charlie, that Mikah Mesner guy you were so proud of when ya played poker with my brothers for the first time. John fucking Hando is definitely in, am I right? I’m sure there are a lot more names to add to that list, all but one. Mine. Because you’ve been too busy cozying up to just about everyone you can think of except me, haven’t ya?”

“Fuck you.” It comes out as venom as I walk over to the other side of the room to get as far away from him as possible. It’s only about ten feet, but you gotta work with what you have. “Fuck. You.” I stand there in silence to get my breathing under control. My heart is racing. He basically just called me a whore.

Bad-Ass Junco is BACK!
(And-She’s-A-Crazy-Bitch Giveaway)