DESCRIPTION
IT HAPPENED IN VEGAS.

I can’t be held responsible. Things that happen there are 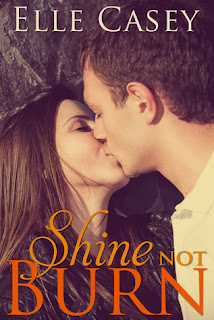 supposed to stay there, right? Right? Yeeeah. Not so much. … Andie’s just days away from tying the knot, but there’s just ooooone little glitch. Apparently, she’s already married. Or someone with her name is married to a guy out in Oregon of all places, and the courthouse won’t issue her a marriage license until it’s all cleared up.

Tripping her way through cow pies and country songs to meet up with a man who gets around places on horseback is her very last idea of how to have a good time, but if she’s going to get married, make partner at the firm, and have two point five kids before she’s thirty-five, she needs to get to the bottom of this snafu and fix it quick … before her fiance finds out and everything she’s been working toward goes up in flames.

GUEST POST – BEHIND THE SCENES
I’ve had several people ask me how I’ve written so many books (18, all but 2 over 85k words) in such a short period of time (15 months), and I’ve answered the questions as they’ve come up.  But I was thinking that maybe it would be worth posting a blog article about it.  I know many writers say they’d like to increase their output but don’t know how, so I’m sharing my way of doing things, and if it helps anyone increase her or his output and makes that person happy about it, then it will have been worth doing. I really should be writing a book right now.

Before I lay it out, some other thoughts. First, I know this is not for most writers. Most writers take a much longer time to craft a story and that’s cool. There is no one way to do things. There are many paths to the meadow, and I think they’re all worth taking at least once. I know there are still people out there who believe that it’s impossible to write a good story in such a short period of time (some may even come on this post and say so).

My opinion on this is that it’s the readers who decide what a good story is, and my readers have decided I am fully capable of putting out a good story in a month, over and over again. So that myth is debunked in my world, but if other people want to stick to their beliefs, that’s fine. It doesn’t affect me at all. You decide if it affects you.

My theory on why I’m able to write so many books, other than the mechanics that I outline below, is this: My introduction to writing came from reading an article about Amanda Hocking and then Darci Chan. I’d always wanted to write a book but never tried, never bothered, because I wasn’t interested in entering that Lotto (suffer-rejection-a-thousand-times-to-find-an-agent-and-then-again-to-find-a-publisher-which-you-probably-never-will-find).

But when I realized I could just self-publish to readers and let them decide, that’s all it took for me to start. The thing is, no one told me that it takes a year or more to write a book. I’ve never taken a creative writing class or gone to a workshop or even known an author. If someone had told me that, I probably wouldn’t have even started. Amanda spoke in her article of writing one of her books in two weeks, so the idea that one could write a good book fast was a seed that was planted, and it just grew like a weed for me.
As I typed, the words flowed, and the story came out in just a matter of weeks. I tweaked, I paid someone to edit, I paid someone to make a cover, and I tweaked some more. But 6 weeks later, I was ready to publish. Have I gone back and re-edited? Yes. It was my first book. After gettting some reader feedback about POV issues my editor missed, I fixed them. I get better with every book.

I think the key is to know “it’s possible”. For years the publishing industry and other authors said, “This is how it has to be”. Now we know that they were wrong! A world of change, opportunity, new ways of doing things has opened for all of us. Maybe my little contribution will be to show other writers who want to write more books that they can, it is possible, to increase their output with some strategies in place.

So … on to the good stuff… Here’s how I write -1- quality, publishable, readable book a month:

I type fast (about 2,500 good, usable words per hour).  If you can’t type without looking at the keys, you really should invest the time in learning how to type like a professional.  Writers don’t just write for a living, they type for a living, so it behooves them to do it well and efficiently.  I’m at about 90 WPM now.  I started at 60 WPM after a class in junior high school.  Practice improves not only storytelling but also typing skills.
I don’t use outlines, my characters take the stories and run with them while I just take dictation. I never know what’s going to happen in my books or what my characters are going to say until it happens. I have a general sense of the storyline and the ending, but even then, I’m often wrong. I’ve tried to use outlines, but they stifle me. They stifle my character’s voices. I know they work for other people to help them work faster. To each his own.

I have a very active imagination. I come up with new stories several times a day (in fact, I’ve considered posting a list of story ideas on my website just to make sure someone writes them). I suggest letting your mind wander and asking “What if?” a lot if you need prompting. My brain needs no prompting.

I have a truly supportive husband who handles our life while I’m locked away (he is most def not the negative nelly), and my children are all 9 years old and older, so fairly independent.

I use word count goals each day I write and don’t stop until I reach them. My favorite days are the 5,000 words days (I am done by lunch, and I use the rest of the day to goof off or interact with my lovely readers). My least favorite are the 15k days. The most I’ve written in a day is 23,500 (done twice) which included editing along the way. If I just wrote and didn’t edit anything, I could probably get to 30k or a little more, but then I’d be ready for the looney bin and my wrists would be unusable for a few days.

I take a nap, every single day without fail, after lunch. I break my writing day up into morning and afternoon sessions. And if I’m on a roll, I add an evening session (those are the days I write more than 10k words). I can easily write 10k words a day, but I don’t do that often – only if I’ve had many days of zero writing and a deadline looming.

I have a great writing environment. Comfortable, quiet (or I make it that way with headphones and white noise), and on my most productive days, without Internet.  I write in my bed most days, with pillows behind my back and my laptop on my legs.

I set up word count goals at the beginning of each month so that I can publish a book on the last day of the month.  It’s a schedule made easier using Scrivener’s function for that. (command + shift + T on the Mac)

I edit as I go, re-editing previous chapters on average of 3 times before moving on to the next. My first draft is therefore very close to final draft quality.

I have beta readers and proofreaders on call to finish my drafts with a one- or two-day turnaround.  All of them are either family members or dedicated reader-fans who’ve asked to participate.


And last but not least (probably would be #1 on this list if done in priority order), I have seriously kickass readers who motivate me to write, even when I don’t feel like writing.

I view my writing as a business and treat the process accordingly. And the result is so good for me, it’s all I need to keep me wanting to do more of it. I think some writers (not all) are capable of great output – good quality great output – but they don’t think it’s possible or they don’t have a system that works for that kind of thing, so they just don’t. Other people are missing one of my links above (for example, they have kids at home or other work that gets in the way).
I do have a second job that takes up 2 days of my week, but I also write on weekends. Now that I’ve put in notice at my job to quit, I will quit working weekends and just work Monday-Friday. What I do is possible in 5 days a week of writing, including tons of social media contact and time off.

To answer a question I get frequently: No, I did not have ANY material when I started. I just began writing and that was that.  And I use professionals to make my covers, although some are just stock art with font and a few were made by readers who did them just because they’re such big fans of my work.  The Scrivener program is what I use to write and format for .epub, .mobi, Word, and paperbacks. 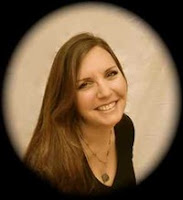 Elle Casey is a full-time writer of New Adult and Young Adult titles in several genres, including romance, urban fantasy, sci-fi dystopian, and action-adventure. She’s an American girl who’s been living in southern France with her husband and three children since 2010. She loves chatting with her readers, so feel free to drop her a line.

2 Responses to “GUEST POST: Shine Not Burn by Elle Casey”