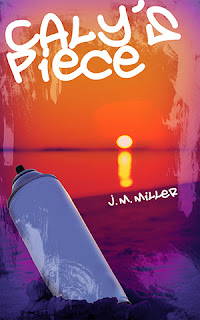 Caly knew her mom would punish her; in fact, she’d planned on it. But a late-night ride in the backseat of a cop car wasn’t part of that plan.

Seventeen-year-old Caly Monroe has one passion: graffiti. Her mom hates it. And that’s precisely why Caly decides to spray paint a barely dressed portrait of her mom in the middle of town, hoping to change her perspective―or maybe it was just to piss her off.

After Caly’s mom picks her up from the police station, she banishes Caly to Gemstone Beach, the run-down bay beach where they used to live each summer. The last time Caly stepped a bare foot onto that beach’s crusty sand was five years ago, before her mom opened a bakery and permanently ended their vacations. When Caly returns, she is tasked with manual labor at the boardwalk as punishment; though, she soon discovers the real punishment is facing the people she once cared most about, including her first love, Aden.

While Caly continues to contemplate her artistic future, she has to let her heart choose what, and who, is worth fighting for.

REVIEW
This was a really good story.  I started it on Thursday and was supposed to post it on Friday, but I couldn’t bring myself to rush through the book to get the review up on time, so I emailed JM and told her it would be late.  I seriously read this book slow because I loved it!

The setting was awesome.  I know that getting a beach summer is a dream to many people, but I grew up on the beach.  It wasn’t an ocean, it was Lake Erie.  I lived on the beach, I went there every day, we had bonfires, and drank beer, and had first kisses (and sometimes a little more) … just like Caly’s beach in this book.  It’s a special thing when you get a summer like that, and Caly had quite a few of them under her belt before she was banished from the beach by her mother’s new business.

Caly’s family has a beach house.  Maybe it was sorta dumpy, but it was theirs, it was private and it was filled with people she knew her whole life.  Including one very special boy named Aden.

Being sent to the beach this year is a punishment because Caly tagged her mom’s bakery with graffiti art – I totally thought this was hilarious!  She made her mom a pin-up with the tagline, Eat my Muffin!

The book opens with Caly running from the police because of the beautiful piece of art she just sprayed all over he mom’s building, being caught by an ex-boyfriend who admits the only reason he dated her was because her mother begged his mother and he got a laptop out of the deal.

Needless to say, Caly’s coming-of-age story is not going well.  So she gets banished BACK to the beach with her not-so-responsible grandfather (he’s the reason she had to stop going to the beach in the first place, after the business took off, Caly’s mom had no time to go down there with her). She’s to perform manual labor helping the weird owner of the “resort” fix an old building. To make matters worse, her first love, Aden, is now dating her old BFF from back in the day.  Her ex-BFF is a total witch and makes Caly’s life a living hell over this boy thing.

But in between all this angst there’s a lot more going on.  Caly’s life is about to change forever, she’s about to figure out what it means to be a grown-up, and she’s about to realize and accept many things about herself that make her special.

This is a great read and one that I’d recommend to kids, parents, and just regular adults who love being transported back to that “one” awesome summer that totally changed your life.  JM Miller is an author to watch and I look forward to reading more books from her in the future.

I love to travel. 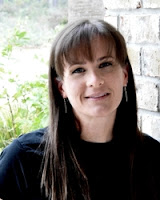 I love to write.
Both satisfy my often restless psyche.

I’m a coffee and tea drinker. Do we really have to be one or the other?

I prefer my ice cream with some kind of chunk: pineapple, cherry, chocolate, cookie dough. Oh, the possibilities.

I love Goodreads friends so add me! 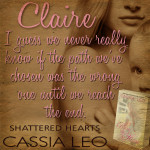 One Response to “REVIEW: Caly’s Piece by J.M. Miller”