REVIEW: Death Lies Between Us by Jody A. Kessler | New Adult Addiction

Death Lies Between Us

by Jody A. Kessler 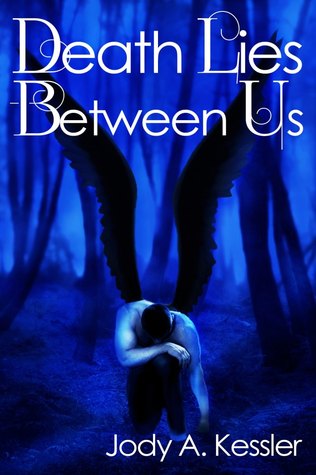 DESCRIPTION
Saving the life of someone you love should not be the worst thing you have ever done, unless you are an Angel of Death. Disgruntled with his position in the afterlife and conflicted by his feelings toward his new client, Nathaniel Evans forgoes the rules and saves nineteen year old Juliana Crowson from being hopelessly stuck in Forge Creek.

This alters Juliana’s destiny and she finds herself in a series of near death accidents. In the mountains of Colorado, Nathaniel comforts Juliana as she struggles to understand her paranormal abilities while coping with her brother’s drug addiction.
When an ill-tempered Native American Shaman teaches her the difference between ghosts and place memories, she decides she wants nothing to do with the supernatural world. Too bad she doesn’t know that Nathaniel is part of it. Will fate bring these two together, or has Nathaniel made the biggest mistake of his afterlife?


I love angel books so when this author contacted me and asked for a review I accepted and I am so glad I did.  This is the story of a collector of souls of sorts.  And Angel of Death, the Reaper if you will.  Except he’s not really like any other reaper I’ve ever read about.  Nathan’s job is to escort souls after their death.  Just give them some reassuring words so they can accept the fact that they died and can move on.
He’s good with that – he’s been a reaper guy for like twenty years now after dying at the young age of 22.  He’s good with it until he meets Jules.  Jules is someone’s sister.  That’s like the best way to describe her.  She’s very much caught up in her brother’s life, she’s worried about him and the new company he’s been keeping.
But anyway, this is a story about Jules and Nathan.  He meets her and yes, even angels have the insta-love.  He gets it bad for Jules as he hangs out with her, waiting to escort her to her death.  He watches her hike, getting a few sticky situations, survive, and then… he actually helps her get out of one situation.  He might just have changed her history.
If there’s one thing Nathan knows, it’s that you can’t really cheat death.  When it comes, it comes.  So he’s worried that now he’s set Jules up for a worse death… and she does have quite a few close calls, but luckily, Nathan is there to keep helping her! He starts screwing up all over the place, putting her first and then actually making a pact with himself that he won’t let her die.
Now normally humans are not supposed to see Nathan unless he makes himself visible, but Jules is sorta known as the local witch.  She can see him just fine, thank you.  They get to know each other – he does, after all, end up saving her several times.  He’s kinda hard to ignore.  And it turns out, Jules is sorta infatuated with him as well.
All this builds up a pretty interesting and twisty story about fate, love, and death.  I really liked this story.  It kept my attention the entire time and even though it occurs over a very short period of time, days, it’s well plotted and well-paced.  This book has surprises, and I love those twists!  You won’t see it coming, I swear.
If you enjoy story about fate, love, and angels – then this one is definitely for you.  I give it four and a half stars. 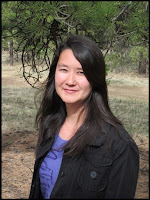 Jody A. Kessler enjoys writing paranormal novels and is a member of Pikes Peak Writers.  She is a yoga instructor, Reiki Master, and a graduate from the Colorado Institute of Massage Therapy. When she took an extended leave from her massage practice to stay at home with her newborn she returned to her first true passion —writing. She spends most of her time being a mother, writing, and teaching yoga, but also likes going to concerts, hiking, practicing herbal medicine, and reading anything that catches her interest. Jody lives in the mountains of Colorado with her family.

3 Responses to “REVIEW: Death Lies Between Us by Jody A. Kessler”