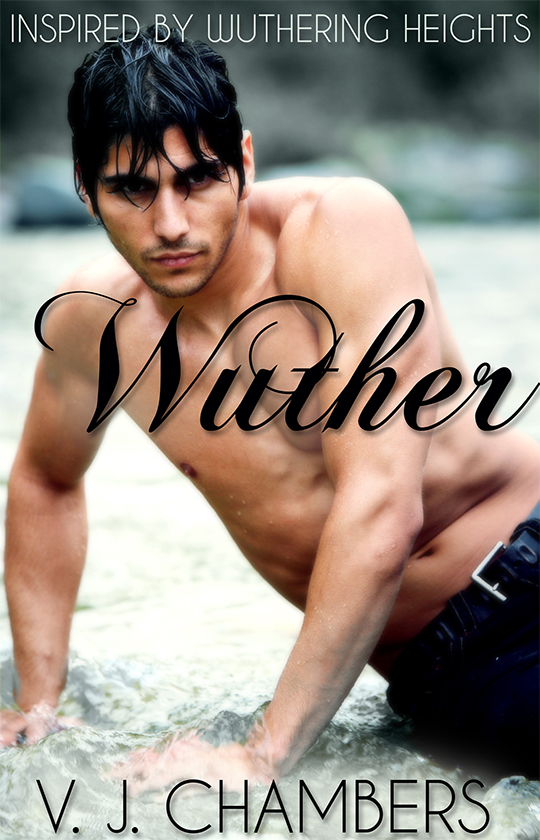 This new adult retelling of Wuthering Heights is intended for mature readers due to explicit sexual content and coarse language.

Instead of storms tearing through Yorkshire moors, the sounds of ’90s grunge rock whisper through backwoods American cornfields…

And give new life to the Bronte characters you love to hate.

A gypsy orphan, Heath Galloway adores Cathy Earnshaw, his childhood sweetheart. He would do anything to protect her from her drunken, abusive father–even push the man down a flight of stairs to stop him hitting her.

But with her father dead, Cathy’s older brother Matt runs the Earnshaw farm and both of their lives. And Matt despises Heath. Forced to drop out of school and work the fields, Heath is separated from Cathy and the two begin to drift apart.

When Cathy meets the rich, blond, and suave Eli Linton, she finds herself torn between Eli’s charm and Heath’s brute potency.

Fiercely proud and stubborn, Heath doesn’t take well to being brushed aside. He’ll get what he wants, or he’ll get revenge. No matter how long it takes.


GUEST POST
Unrepentant Bad Boys
In typical the typical romance novel trope, the arc for the bad boy hero is archetypal. Like Enkidu in Gilgamesh, he goes from uncivilized brute to acceptable mate through the course of falling in love with the heroine. The heroine’s love tames the bad boy, makes him palatable. Now that he is in love, he will swear off all of his bad habits, commit to the heroine, be faithful to her for the rest of his days, and they will live happily ever after.

Who wouldn’t? It’s the ultimate female fantasy, that love can solve all problems and can soften the harshest of men. And I don’t think there’s a thing wrong with indulging it from time to time. (Okay, or in a novel a day, every day, for months on end.)

But I have to admit that I’ve always found something delicious about the idea of a boy you just couldn’t change.

Sure, maybe he fell in love, and sure maybe he was devoted to the heroine. But maybe he was still a bad boy, deep down. Maybe he was untamable. Maybe he was a little bit frightening, but maybe that fear was also tinged with excitement and passion.

It’s not a trope that’s seen nearly as often in stories. I think it’s an acquired taste. Something that not everyone likes. But I do. Oh, boy, do I ever.

The first place I ever ran into it (and probably the best executed place) was in Emily Bronte’s Wuthering Heights. It was the messiest little story I’d ever read. Cathy Earnshaw was arrogant and shallow. Heathcliff was uneducated and forceful. But it was also the most powerful love I ever encountered in fiction. Heathcliff wasn’t tamed. He didn’t turn into the kind of man who doted over his newborn babies and stayed home to help with the chores. He was a force of nature, a wild, passionate storm, ready to rip up everything in his path. But one thing was steady for him. One. Thing.

He didn’t have any problem hurting other people—physically, emotionally, financially. Not as long as it got him closer to having her.

I’m not going to lie. Heathcliff unsettled me quite a bit. That kind of bad boy unsettles me. But then… I like to play a little fast and loose with my fiction. I like to take risks. I like to be in the path of the storm. 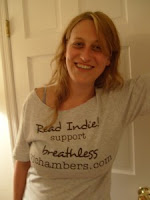 V. J. Chambers likes bad boys, but she likes them to be actual bad boys, not misunderstood weaklings who cover up their emotional scars with a thin veneer of pretend bad-boy-ness.
She likes to tackle difficult philosophical questions. She likes to push fiction to the edge, to go just a little farther.

She writes stories about difficult people living difficult lives in difficult situations. Usually, there’s magic. Or monsters. Or space. Or gun fights. A lot of times, there’s also L-O-V-E. (Or at least uncomfortable conversations about sex.)

She’s the author of the Jason and Azazel series and many other stories for teens and adults. She lives in Shepherdstown, WV with her boyfriend Aaron and their cat.