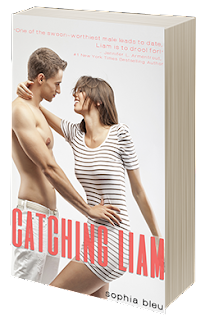 Twenty-one year-old Jillian Nichols only has one rule when it comes to boys: catch and release. Boy-catching isn’t just a game for Jillian and her friends, it’s a lifestyle. After all, boys might be good for a dance or a drink and certainly a little under-cover action of the scandalous variety, but expect much else and you’re bound for heart ache.

So when her best friends and fellow boy catchers start dropping like flies junior year, Jillian is determined to keep boys in her bedroom and out of her heart. Until she meets Liam McAvoy, the kind of guy that sticks around to make waffles and who can’t—or perhaps won’t—take a hint.

Study abroad student Liam doesn’t want to be another notch on Jillian’s bedpost. Actually he has much more interesting ideas for Jillian and her bedposts, but his student visa’s set expiration date means he can’t promise her forever. That doesn’t mean he’s going to walk away from the challenge of discovering why Jillian is hell-bent at keeping people at a distance.

Before long, neither is sure who is catching who—or if they’re playing for keeps. Jillian knows one thing though: falling in love will not only break the only rule of boy-catching, it could also break her heart.

REVIEW
Jillian Nichols had her college relationships all planned out – and that plan is to not have any.  Wednesday nights for Jillian are catch and release nights.  Meaning she catches a hottie and hopefully, if everything goes right, they’re gone before she wakes up in the morning.

Liam seems to have other plans!  He lets Jillian catch him, but instead of disappearing the next day, he sticks around to make her waffles.  To top it off, he ends up being her partner in interpersonal communications class, forcing the two of them to establish a relationship.  It starts out more friendly than romantic, not because Liam’s not interested, but because Jillian is desperate to keep a secret from Liam.  She doesn’t want to get too close.  He’s kinda hard to resist though, plus he’s a persistent bastard to boot.  But there’s a catch about catching Liam – you see he comes with an expiration date because he’s an international student with a short term college VISA, so she decides to give him a chance in the actual relationship department.

And of course, since he’s a hottie and he’s so sensitive to her needs, she falls for him bad.

Jillian is a sympathetic character even though she’s sort of a shit in the beginning of the book. She really does have a secret and it’s pretty sad. She realizes that her issue is a burden to any potential relationships she may have, she’s told other boys about it and they end up bolting on her, so she sticks to one-nighters. 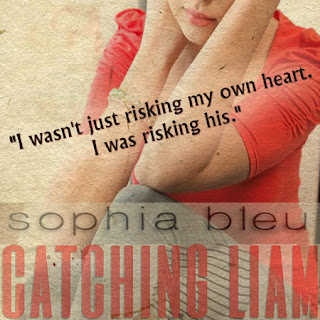 I enjoyed the plot and Jillian’s condition added a serious and original spin on the new adult college romance genre. I also adored her roommate for her commitment and loyalty to Jillian.  Everyone should be so lucky to have such a friend.

It’s just sort of a sad set-up, and even though it does have a HEAFN, there’s no way to produce an ultimate happily ever after in this story.  I’m not one of those readers who requires one, but I do like to extrapolate out to the future and daydream about the characters, like most romance readers, and with this one, that’s pretty hard to do.

I did enjoy it though, and I would recommend it for the fantastic romantic relationship between Jillian and Liam. He’s definitely a real catch! 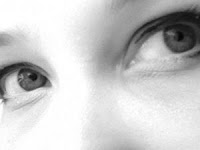 Sophia Bleu is a secret identity where I can write about fantasies and falling in love and all the smexiness in between.  In real life, I’m likely catching a plane, chasing kids, or making out with the love of my life—all 6 ft 3 inches of hotness that he is.  Life is pretty good.

3 Responses to “REVIEW and GIVEAWAY: Catching Liam by Sophia Bleu”