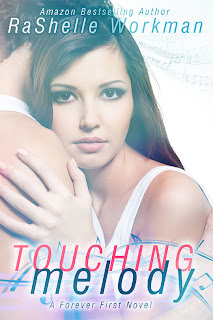 Maddie Martin’s first weekend at college is nothing like she’s used to. It’s wild, like the wilderness on which the University of Bellam Springs sits. Roped into going to a frat party, she literally runs into Kyle Hadley. The boy she’s loved since she was nine. The boy she promised all of her firsts to. But that was before his father killed her parents.

Determined to stay away from him, she throws herself into her music. Practicing piano eases her heavy heart, calms the sadness, and pushes away images of Kyle’s face.

Her music professor asks her to play a duet for their annual Graduation Gala. Doing so means she’ll be assured another full ride scholarship. It’s an opportunity she can’t pass up.

But Kyle is the other half of the duet. And that means hours and hours of practicing.

Days and months of seclusion – just the two of them. And it’s more than just music. It’s passion like Maddie never believed was possible.

The inevitable happens. She falls in love with him all over again.

But, will loving him be enough to erase all the hate in her heart for his father? Can she look at him, and not see the evil in his family tree?

And maybe it’s all a set up. Maybe Kyle is only pretending to care so he can finish what his father started, and kill her too. 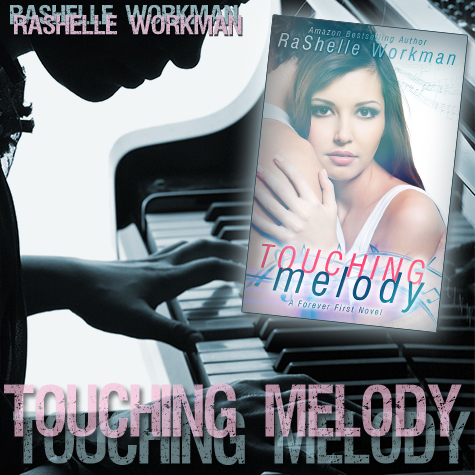 Touching Melody is a new adult book about a freshman girl, Maddie, and a sophomore boy, Kyle, who have a secret past.  The mystery of this book goes a little deeper than that though, because neither Maddie nor Kyle actually understand the extent they are connected.

Maddie has a pretty significant lead over Kyle in this area, because as far as Kyle is concerned, his life is not so bad.  Sure, he’s got his problems, but really, Maddie is the screwed up one in this story.

Maddie witnessed Kyle’s father leaving her home when she was a young girl and shortly thereafter, her parents were found dead, so she naturally assumes his father is the one responsible.  Flash forward seven years and Maddie and Kyle, who have not talked since the murder and Maddie was moved away to her aunt and uncle’s home, reunite at college.

This story had a lot of things going on – for one, there was Maddie the broken girl. This worked pretty well for me. She was pretty consistent, although she did come across a little too naïve in some places. And even though there was a reason for it (her aunt and uncle sheltered her pretty dramatically and didn’t believe in very much technology) that part could’ve been better portrayed.

There were also a few details that could’ve been left out—unless they are part of the next book.  I’m not sure about that, but some things felt extraneous to me. I never really got the whole country club thing—I didn’t get why everyone was part of this country club if they were not well off. And the snowmobiles, I’m not sure that was necessary. The aunt and uncle were described as owning a certain business, but it came very late in the book. I like to see this kind of story development in the beginning.

The romance was nice. I liked it a lot actually. I liked Kyle and I liked Maddie. She was vulnerable, but not in a stupid way. Kyle was gentle and caring and sweet. I enjoyed the romance.

The thing that really threw me was the mystery. It was intriguing, however it was sort of jumbled together at the end.  Mysteries wrap up better if you have a very simple explanation that makes all the clues fit together, but some of the things having to do with the final revelation kind of came out of nowhere. It’s like three quarters of the book were a romance and then the last quarter was a thriller/mystery. I think you can have all three of those things in the same book, but you have to have a lot of foreshadowing right from the very beginning to pull it off and this was where it fell short for me.

I enjoyed the piano playing as well, however it wasn’t a very big part of the story. I would’ve liked to see more on that.

Touching Melody had some very cool characters that I loved. Maddie and Kyle have a believable romance and I sorta wish I’d seen more of that. Also the mystery was cool and the revelation was epic in scale.  I’ll be interested in seeing where the next book in this series goes.

13 Responses to “REVIEW and GIVEAWAY: Touching Melody by RaShelle Workman”