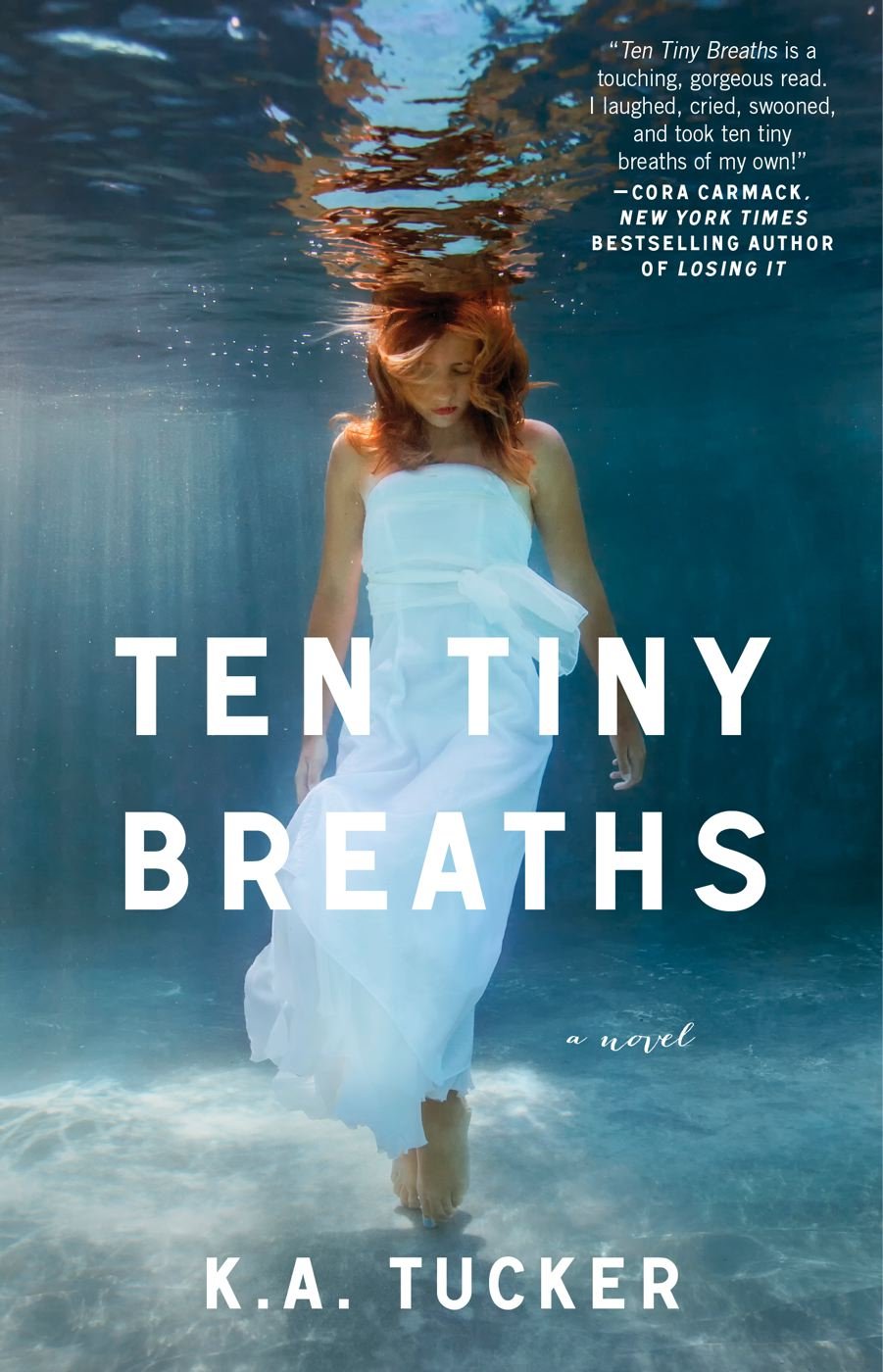 Ten Tiny Breaths is one of those novels that will stick with me for a long time. I still remember reading The Awakening in school. And To Kill A Mockingbird. Those books made an impression that lasted, and so did Ten Tiny Breaths.

Reading it left me feeling lost and devastated and then healed, right along with Kacey. It’s the type of book that becomes a part of you, and you think that Kacey and Trent live down the hall from you.

Just breathe, Kacey. Ten tiny breaths. Seize them. Feel them. Love them.
Four years ago Kacey Cleary’s life imploded when her car was hit by a drunk driver, killing her parents, boyfriend, and best friend. Still haunted by memories of being trapped inside, holding her boyfriend’s lifeless hand and listening to her mother take her last breath, Kacey wants to leave her past behind. Armed with two bus tickets, twenty-year-old Kacey and her fifteen-year-old sister, Livie, escape Grand Rapids, Michigan, to start over in Miami. Struggling to make ends meet, Kacey needs to figure out how to get by. But Kacey’s not worried. She can handle anything—anything but her mysterious neighbor in apartment 1D.

Trent Emerson has smoldering blue eyes, deep dimples, and he perfectly skates that irresistible line between nice guy and bad boy. Hardened by her tragic past, Kacey is determined to keep everyone at a distance, but their mutual attraction is undeniable and Trent is determined to find a way into Kacey’s guarded heart—even if it means that an explosive secret could shatter both their worlds.

I really liked Kacey – She was a believable and admirable character. She took a bad situation, and did the best she could for her sister, even at the expense of herself. She held on to her anger, but who could blame her? She has morals, and she’s not whiny, and she keeps her promises. I found a lot to like about her, and very little to complain about.

At one point, I started to get a suspicion about the “explosive secret” mentioned in the book blurb, and discounted it as too far out there and unbelievable. Then of course, my suspicions turned out to be right, and for a few minutes I was really irritated. It was just too odd, and I couldn’t buy it. But then, as the reasons and the details came to light, I realized I did buy it, and it did make sense, and it broke my heart.

At that point, I was so firmly invested in Kacey and Trent’s that Kacey’s grief became completely palpable, leaving me feeling quite wrecked. Fortunately, this book doesn’t end of a cliffhanger, and by the end I’d put myself back together right along with Kacey, but the journey to get there was one heck of a thrill ride.

This story was more sweet than steamy, but Trent was yummy and Kacey was a fun main character to follow, make for quite a pleasurable read.

I heartily recommend it for everyone breathing =)