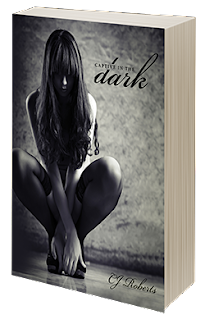 Caleb is a man with a singular interest in revenge. Kidnapped as a young boy and sold into slavery by a power-hungry mobster, he has thought of nothing but vengeance. For twelve years he has immersed himself in the world of pleasure slaves searching for the one man he holds ultimately responsible. Finally, the architect of his suffering has emerged with a new identity, but not a new nature. If Caleb is to get close enough to strike, he must become the very thing he abhors and kidnap a beautiful girl to train her to be all that he once was.

Eighteen-year-old Olivia Ruiz has just woken up in a strange place. Blindfolded and bound, there is only a calm male voice to welcome her. His name is Caleb, though he demands to be called Master. Olivia is young, beautiful, naïve and willful to a fault. She has a dark sensuality that cannot be hidden or denied, though she tries to accomplish both. Although she is frightened by the strong, sadistic, and arrogant man who holds her prisoner, what keeps Olivia awake in the dark is her unwelcome attraction to him.

Seduced in the Dark 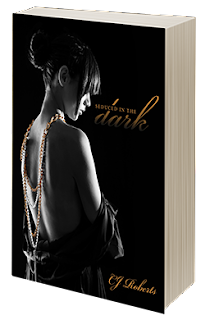 BOOK TWO OF THE DARK DUET
The exciting, titillating, and action-filled conclusion to Captive in the Dark.

What is the price of redemption?

Rescued from sexual slavery by a mysterious Pakistani officer, Caleb carries the weight of a debt that must be paid in blood.

The road has been long and fraught with uncertainty, but for Caleb and Livvie, it’s all coming to an end.

Can he surrender the woman he loves for the sake of vengeance?

Or will he make the ultimate sacrifice?

Quote:
It seemed to Caleb, the nature of human beings revolved around one empirical truth: we want what we cannot have. For Eve, it was the fruit of the forbidden tree. For Caleb, it was Livvie. 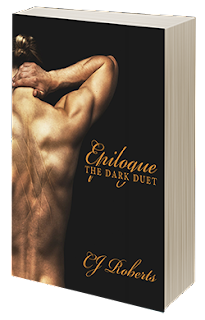 I’m writing this because you begged. You know how I love the begging. In fact, you probably know too many things and know them far too well.

Well, that’s what I’m trying to figure out. I was a whore in my youth, a killer since my adolescence, and a monster as a man. I am the man who kidnapped Livvie. I am the man who held her in a dark room for weeks. But, most importantly, I am the man she loves.

She loves me. It’s quite sick, isn’t it?

Of course, there’s more to our story than can be surmised in a few short sentences, but I’m at a loss for justifying my behavior back then. I assume if you’re reading this, I don’t need to make those justifications. You’ve already made your own.

You’re reading this because you want to know about the rest of the story. You want to know what happened that warm summer night in September of 2010, the night I met Livvie at The Paseo. It was the night my life changed all over again.

It didn’t happen exactly as Livvie said. She’s been very kind to me in the retelling of our story. The truth is far more…complicated.

REVIEW
So hopefully you’ve read the descriptions or maybe you haven’t been hiding under a literary rock for the past year and have heard of this series.  It’s just a little bit popular, right?  And hopefully if you decide to pick up this series you will read that WARNING and take it seriously.  If you’re not into a very dark story about a girl who is sold into sexual slavery and fights to find a way out, and along the way begins to enjoy what’s happening to her, then seriously, do the author a favor and skip her books.  She doesn’t need the sales or the review.

I read the first two books back to back last summer and I found this series totally by accident when I was trolling through Amazon on my Kindle just desperate for something to read.  I picked up Captive in the Dark thinking it was gonna be good (there were already a ton of reviews) but I had no idea it would be addictive. I could not, seriously could not, put this book down. I think I might’ve stayed up all freaking night.

First of all, if you’re gonna be sold into sexual slavery you could do worse than getting nabbed by Caleb. He’s a handsome devil, even if he is evil. And he is evil.  Let’s just get that straight right now. Caleb does some nasty things to Livvie even as he begins to fall for her because his life is one longed fucked up X-rated Movie of the Week docudrama.  He’s a twenty-something white guy who was raised in the Middle East, also sold into sexual slavery, except he was a child— a MUCH younger child than eighteen year old Livvie—when all this happened.

Caleb was saved by another evil man and thus begins a bonded relationship with the Devil. 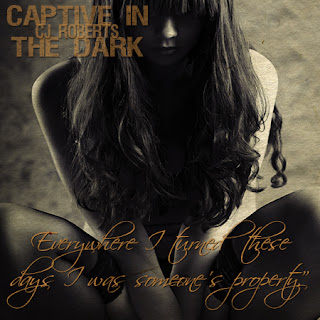 Livvie is one of many in her family, she’s got a pretty crappy home life, so this has tainted her view of the world.  She’s still a virgin when Caleb kidnaps her and takes her to Mexico to begin “training”.  Unknowingly, Livvie is an integral player on an international stage of revenge. Caleb is going to have her sold to an enemy so he can use her inside status to kill the man.

But along the way, Caleb and Livvie begin to fall for each other. 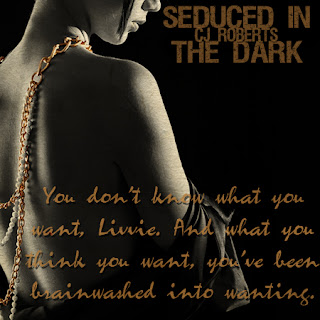 It’s such a compelling story because of the way it’s written.  Livvie is strong, but not in an “I’ll show you!” kind of way.  She’s serious, she’s brave, she’s got a killer survival instinct, and she’s intelligent enough to know that she has to play along to a certain extent in order to live.

Caleb thought he was beyond falling for a girl, after all he’s trained lots of slaves, what’s Livvie but one more?

But she gets to him. She’s so sweet and innocent that she gets to him and all kinds of memories are floating to the surface. Memories that might help him unravel the truth of who he really is.  The first two books deal with this journey the unlikely couple find themselves on.  And don’t think it’s a sweet story because it isn’t.  It’s raw, it’s violent, it’s got rape and torture.

But it’s also got love.  And that’s why it’s so popular I think. It’s got so many emotions and the second book is plotted so well, you literally have no idea what to expect until the very end.  It was brilliant.

The final book, Epilogue, is Caleb’s point of view of these events, or really, the events after the end of book two.  There’s a big gap and he fills it in.  I can’t say too much more about Epilogue other than it was very strange to be in this killer’s head after being Livvie for two books.  He’s articulate and smart, and even though I realized that in the other books, it was strange to realize how refined he was intellectually. His vocabulary, especially. 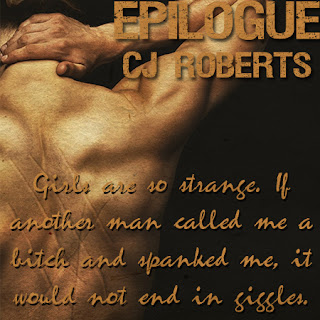 This story is a mystery, a romance, a thriller, and a psychological mind-fuck.

Yup, that pretty much sums it up.

It’s a wild ride, but it was so freaking good I have to give each book five stars. 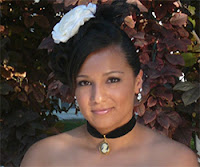 She was born and raised in Southern California. Following high school, she joined the U.S. Air Force in 1998, served ten years and traveled the world. Her favorite part of traveling is seeking out the seedy underbelly of the city.

She is married to an amazing and talented man who never stops impressing her; they have one beautiful daughter.

8 Responses to “REVIEW: The Dark Duet Series by CJ Roberts”