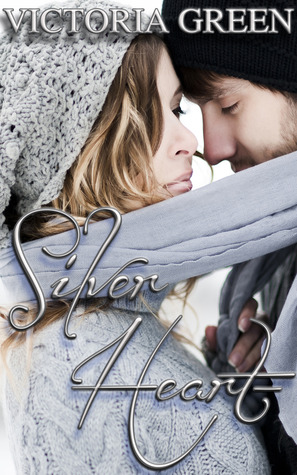 There comes a moment in everyone's life when they must decide which road leads to personal happiness. For Dylan Silver, this is that moment...

For the past twenty-two-years, Dylan has been living in her parents' carefully crafted world, always putting her own dreams on hold to play the role of a dutiful daughter.

So when her best friend coaxes her into a winter getaway to a mountain cabin, she sees it as a chance to forget about the responsibilities waiting for her at home. At least for a little while.

But then her past catches up to her--in the form of sexy snowboarder, Sawyer Carter.

Six years ago, Dylan bid goodbye to the only boy she ever truly loved. Now he's standing right in front of her, bringing up bittersweet memories and igniting suppressed desires as he dares her to be the person she has always wanted to be.

Dylan and Sawyer's unexpected meeting is a second chance, but will a girl who doesn't believe in fate and taking risks be able to overcome her fears of losing control and finally embrace the life she desperately wants?

Only one thing is certain: after a week in Whistler, Dylan's world will never be the same.

“I wish I could just crawl into your brain and erase away the past,” I told him, trying to smile through the pain in my heart.

My words seemed to shock him. He placed his fingers under my chin, gently lifting it so that our eyes could meet. “Don’t ever say that again. I wouldn’t let anyone to take away my past—no matter how bad some parts of it had been.” He pulled my face closer to his, resting his head against mine. “Because that would mean getting rid of you, Silver.”

We stayed frozen in place for a while, our foreheads touching lightly. Sawyer closed his eyes and inhaled deeply, breathing me in. Overwhelmed by his proximity and his icy scent, my head began to spin.

“But if we didn’t know each other you wouldn’t have to worry about having the worst snowboarding student in all of Whistler,” I finally said, breaking the tension.

His head rocked against mine as he chuckled. “Shut up. You were great today.” Then he pulled away and reached for the sushi container. “And you’ll be even better once we get some food in you.”

“Food?” I blurted out, unable to hide my disappointment. It washed over me like a bucket of ice cold water. I had been hoping for a different type of comfort. One which was less food-related and more Sawyer-based. My body was still tingling with the memory of what his skilled hands had done to me the night before. As the images flooded my mind, my breathing quickened and my nipples hardened, mounting under the fabric of the kimono.

I crossed my arms over my chest and took a deep breath. “Let’s take the sushi to the living room and find a good thriller to watch,” I suggested in an attempt to calm the excitement coursing through me. Guns and explosions would keep my thoughts in check. If my body was going to tingle, it may as well be from the thrill of a chase scene. Not Sawyer’s panty-dropping gaze. “I saw a couple of new releases in the DVD collection. I imagine action flicks are still your poison, right?”

“They are.” The right side of his lip quirked up in a slow, crooked half-grin. “Though I’m surprised you’re not championing The Notebook.”

“I only made you watch that with me because Maddie was away the summer it came out,” I said defensively.

He chuckled. “The first time. But what about all those other times I had to sit through it?”

“Cut me some slack. I was a thirteen-year-old girl.” In like with a guy I wasn’t even supposed to be hanging out with. Subconsciously, I may have related to the star-crossed lovers portrayed in the film.

“And I was a fifteen-year-old guy,” he retorted. “You should’ve known that blood and guts were much more important for my development than kisses and love stories.”

“Well it’s a good thing that I’m going to find a movie with enough blood and guts to make up for all those times I made you watch a chick flick,” I shot back.

He shook his head in feigned displeasure. “It’s too late now.”

“Because now…” His hands slid to the side of my stool and dragged me closer to him so that his mouth was an inch away from mine. “…I happen to enjoy kissing.”

My eyes dropped to his lips. “Is that so? You like kissing girls?”

“Very lucky girl,” he replied as his eyes darkened. “Especially since I want to do a lot more than just kiss her.” His tongue snaked over his bottom lip in a predatory manner, causing my own lips to part in response.

Though he wasn’t actually touching me, I could feel the heat emanating from his body. It drew me in like a moth to a flame. I wanted to dive into his fire, surrender myself to whatever pleasures he was promising.

But then he doused that blaze by saying, “I’ll wash the cherries, you get the sushi, and let’s get started on that movie.”

What? No, no, no! I wanted to get back to the kissing talk.

“I’m not that hungry.” I ran my fingers through my hair in an attempt to regain my composure.

“Why do you look so disappointed?”

“It’s just that…” Why was I feeling let down? And so freaking turned on?

“Were you expecting me to say something else instead?” His fingers drifted to the side of my neck, as his thumb grazed over my bottom lip, tugging at the soft, plump flesh.

“Something along the lines of: ‘I’ll rip your clothes off, you kiss me with that pretty little mouth, and let’s fuck right here on top of this counter.’?” His grip tightened and he drew my mouth closer to his.

“Is that what you want, Silver?”

A lustful ache spread between my thighs, ripping through my entire body. Excitement rocked the depths of my stomach, tearing into my chest, slipping past my lips in form of a small, pleading moan.
“Is that a yes?” His breath teased my lips with each word.

Afraid that I would be unable to form a coherent sentence, I simply nodded. It was an eager, hungry nod, and my heart hammered against my ribcage in anticipation of his next move.

And that’s when he pulled away. He detached his hand from my face and took a step back, replacing the heat of his body with an empty coldness.

“First, I’m going to make you sit through two long hours of an action flick,” he said, smirking devilishly. “As payback for The Notebook.”

Victoria Green is a New Adult author who enjoys writing about unspoken love and second chances. She’s a travel junkie and a huge photography enthusiast. Her experience growing up a war-torn country has helped teach her the importance of living life to the fullest and appreciating every single day. She believes in true love, good chocolate, and great books. She lives in Canada with her high school sweetheart (though he’s graduated to a fiancé now) and their pack of puppies, and also writes Young Adult novels under a different name.