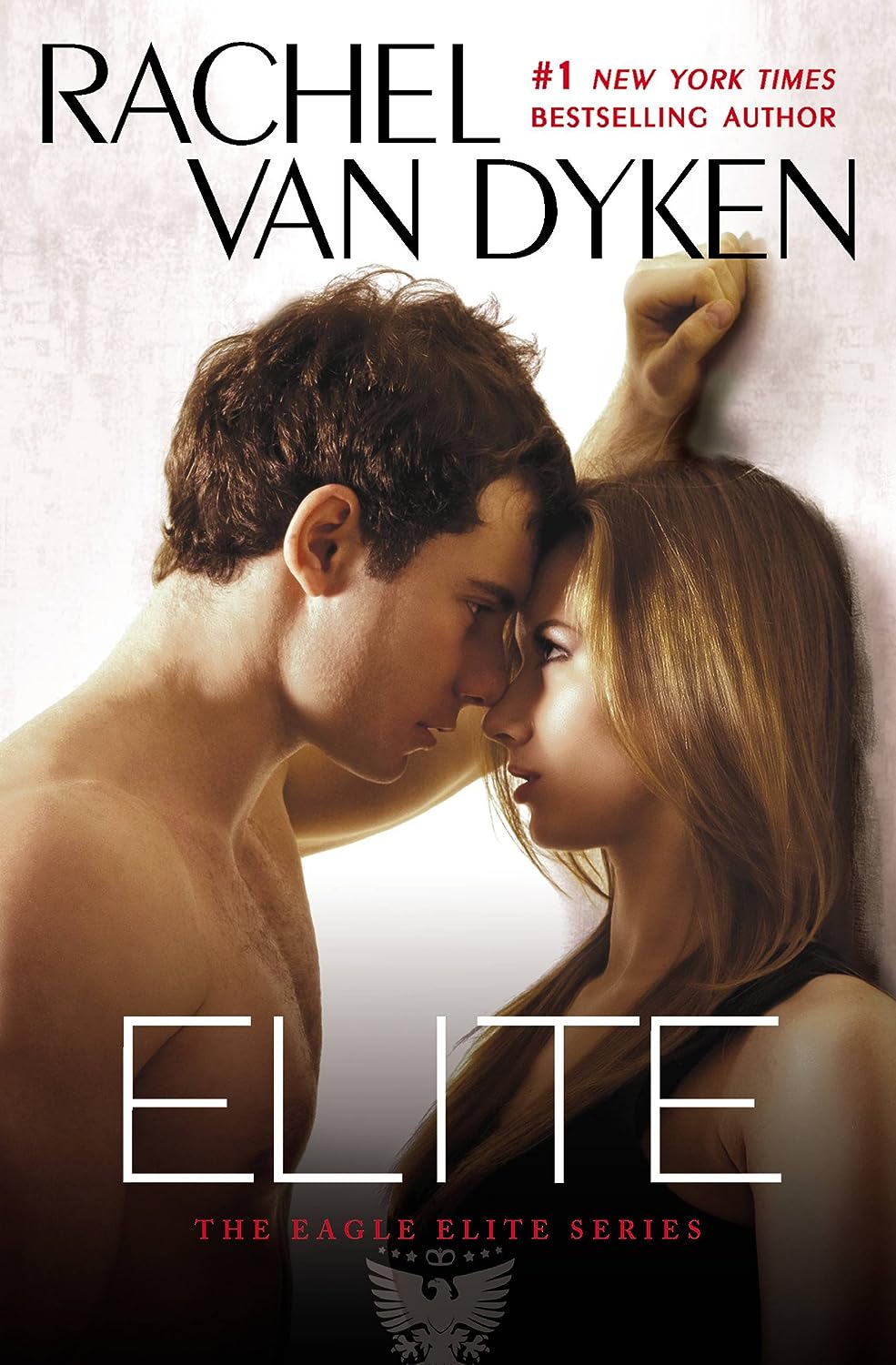 I think I’ve been living under a rock, because Elite is the first title I’ve read of Rachel Van Dyken’s. (Source: I received an ARC in exchange for an honest review.) It definitely won’t be the last. Elite was a fun, fast paced read.

Blurb:
For Tracey Rooks, life with her grandparents on a Wyoming farm has always been simple. But after her grandmother’s death, Tracey is all her grandfather has. So when Eagle Elite University announces its annual scholarship lottery, Tracey jumps at the opportunity to secure their future and enters. She isn’t expecting much-but then she wins. And life as she knows it will never be same . . .

The students at Eagle Elite are unlike any she’s ever met . . . and they refuse to make things easy for her. There’s Nixon, gorgeous, irresistible, and leader of a group that everyone fears: The Elect. Their rules are simple. 1. Do not touch The Elect. 2. Do not look at The Elect. 3. Do not speak to The Elect. No matter how hard she tries to stay away, The Elect are always around her and it isn’t long until she finds out the reason why they keep their friends close and their enemies even closer. She just didn’t realize she was the enemy — until it was too late.

What I didn’t like:  I’m going to start with what I didn’t like, because it was the entire first quarter of the book. Until about 25% in I hated the characters, there was no chemistry, and I thought Nixon was a serious ass. This made the beginning kind of unenjoyable and I almost gave up. Almost.

What I liked:  Fortunately, I didn’t give up, because once the story got moving and I began to get to know the characters, I loved the story. This is just so fresh and different and crazy and fun. There’s this whole world around her that she’s been a part of yet removed from. It’s almost like being sheltered, dry in a bubble in the middle of the ocean but one tiny hole will mean the difference between surviving and drowning. By the end Tacey is definitely drowning.

I’m not really sure if I’m team Nixon or team Chase. I like them both for different reasons. I can’t wait for the next book, Elect, to see what happens next. Judging by the way Elite was, this entire series is going to be fantastic. 4 enthusiastic stars!