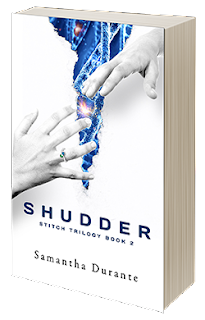 It’s only been three days, and already everything is different.

Paragon is behind her, but somehow Alessa’s life may actually have gotten worse. In a wrenching twist of fate, she traded the safety and companionship of her sister for that of her true love, losing a vital partner she’d counted on for the ordeal ahead. Her comfortable university life is but a distant memory, as she faces the prospect of surviving a bleak winter on the meager remains of a ravaged world. And if she’d thought she’d tasted fear upon seeing a ghost, she was wrong; now she’s discovering new depths of terror while being hunted by a deadly virus and a terrifying pack of superhuman creatures thirsting for blood.
And then there are the visions.
The memory-altering “stitch” unlocked something in Alessa’s mind, and now she can’t shake the constant flood of alien feelings ransacking her emotions. Haunting memories of an old flame are driving a deep and painful rift into her once-secure relationship. And a series of staggering revelations about the treacherous Engineers – and the bone-chilling deceit shrouding her world’s sorry history – will soon leave Alessa reeling…
The second installment in the electrifying Stitch Trilogy, Shudder follows Samantha Durante’s shocking and innovative debut with a heart-pounding, paranormal-dusted dystopian adventure sure to keep the pages turning.

The Stitch Trilogy is so totally unique, it’s no wonder that it has an abundance of overwhelmingly positive reviews on Amazon.  In Stitch we are introduced to the totally screwed up world that Alessa is living in.  In fact, the first half of the book is one general mind bend, trying to figure out what’s going on and it almost comes off as a ghost story.

And then… it’s not a ghost story at all!  It’s a completely original SF dystopian that has some hints of 1984 and Atlas Shrugged.
Book Two, Shudder, picks right up where Alessa and Isac left off—outside Paragon and on a critical mission to find a suitable place to relocate the rebels so they can reclaim their lives and fight against the Ruling Few who are doing unspeakable things in the name of Utopia… otherwise known to those of us in the know as Communism.
Yes, every time they try it, it fails.  But that’s not stopping these self-indulgent, power hungry moguls from giving it another go.  You see, it’s just a matter of genetics, right?  Or  actually, that old eugenics thing Hitler did. Because they are hand-picking those they think are suitable for the “perfect society”.
Other people’s dictators just never learn.
So Alessa and Isaac are outside and they are braving the complete unknown because the whole reason Paragon was formed in the first place was to “protect” the people who are left—after a horrible virus ransacked almost the entire population—and keep them safe.
Safe from the virus, from the ravaged environment due to nuclear winter, and from… well, that’s a spoiler, so I can’t tell you that.
And Alessa isn’t just any old new adult, no. And neither is Isaac, you see those in the know have genetically selected for the most productive and powerful among the remaining population.  And so as Alessa and Isaac take this journey she makes a startling discovery about herself.  One that gives her hints as to what’s happened to some of the humans that didn’t  survive the genetic trials going on inside Paragon. 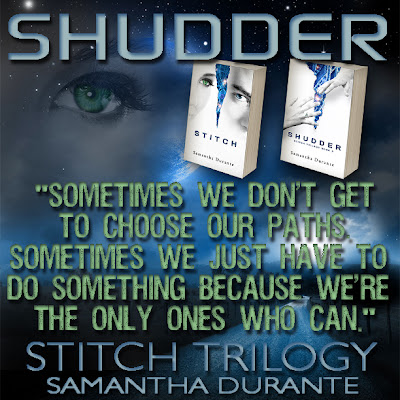 I loved the political undertones because it’s so true.  Some people think that the end justifies the means no matter how many lives it will cost to reach the desired result. And it really needs to be explored over and over again in literature and film and other sources of social entertainment, so people don’t forget that this philosophy has been put into practice countless times over thousands of year and millions of people have died because of it.  So I completely loved the theme running through this trilogy and how Durante gives both sides by having the higher ups explain their reasoning to one of the captured rebels.  And it does come off as pretty reasonable, that’s the scary part.  Because everything can be justified, in a used car salesman sorta way, when you put it in certain terms.

I think far too few dystopians clearly illustrate the opposing side like Durante does in this series.  Even though I don’t agree with it, it’s good to see it as a major part of the story–kind of like Ender’s Game when the grown-ups were trying to justify what they were doing to the kids–and to be able to recognize that the main thing that differentiates humans from animals is that the ends DO NOT justify the means.  Even if it’s “necessary“, it’s still not just.  If you’re gonna commit war crimes on a global scale, then you should own it and not cop out and say it’s for the Greater Good so you can consider yourself cleansed.

I also loved the character development of Alessa.  I confess, the ending is intriguing because someone from Alessa’s past is back and this will definitely shake things up and even though what I hope will happen really can’t, I still hope it will happen.  Cryptic, I know, but it’s a spoiler.

Alessa and Isaac are both strong characters who take names and come out fighting.  They also have a deep sense of loyalty to each other, to what’s left of their families, blood and otherwise, and to their commitment to setting the people of Paragon, who are essentially slaves under Communism, free.
If you’re a dystopian reader who enjoys a bit of politics and SF (I AM) then this is a very intriguing series that you’ll want to get started on.  I think the final book in the trilogy is due out next summer. 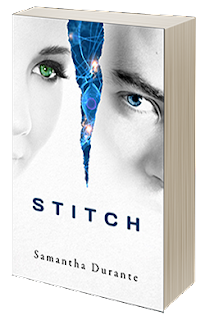 Her heart races, her muscles coil, and every impulse in Alessa’s body screams at her to run… but yet she’s powerless to move.

Still struggling to find her footing after the sudden death of her parents, the last thing college freshman Alessa has the strength to deal with is the inexplicable visceral pull drawing her to a handsome ghostly presence. In between grappling with exams and sorority soirees – and disturbing recurring dreams of being captive in a futuristic prison hell – Alessa is determined to unravel the mystery of the apparition who leaves her breathless. But the terrifying secret she uncovers will find her groping desperately through her nightmares for answers.

Because what Alessa hasn’t figured out yet is that she’s not really a student, the object of her obsession is no ghost, and her sneaking suspicions that something sinister is lurking behind the walls of her university’s idyllic campus are only just scratching the surface…

The opening installment in a twist-laden trilogy, Stitch spans the genres of paranormal romance and dystopian sci-fi to explore the challenges of a society in transition, where morality, vision, and pragmatism collide leaving the average citizen to suffer the results.

Samantha Durante lives in Westchester County, New York with her husband, Sudeep, and her cat, Gio. Formerly an engineer at Microsoft, Samantha left the world of software in 2010 to pursue her entrepreneurial dreams and a lifelong love of writing. A graduate of the University of Pennsylvania’s Jerome Fisher Program in Management & Technology, Samantha is currently working full time for her company Medley Media Associates as a freelance business writer and communications consultant. The Stitch Trilogy is her debut series. Learn more about Samantha at www.samanthadurante.com.