The Edge of Never

(The Edge of Never #1)
by J.A. Redmerski
DESCRIPTION 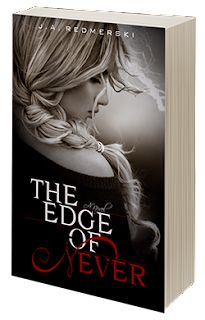 Sometimes life takes you off course . . .

THE EDGE OF NEVER

Twenty-year-old Camryn Bennett thought she knew exactly where her life was going. But after a wild night at the hottest club in downtown Raleigh, North Carolina, she shocks everyone-including herself-when she decides to leave the only life she’s ever known and set out on her own. Grabbing her purse and her cell phone, Camryn boards a Greyhound bus ready to find herself. Instead, she finds Andrew Parrish.

Sexy and exciting, Andrew lives life like there is no tomorrow. He persuades Camryn to do things she never thought she would and shows her how to give in to her deepest, most forbidden desires. Soon he becomes the center of her daring new life, pulling love and lust and emotion out of her in ways she never imagined possible. But there is more to Andrew than Camryn realizes. Will his secret push them inseparably together-or destroy them forever?

Due to sexual content and language, this book is recommended for 17+ – Adult Contemporary Women’s – New Adult Fiction

REVIEW
I actually had this book on my Kindle for months but never got around to reading it and then Killing Sarai came out and I was in the mood for a dark book and devoured it. I really loved Killing Sarai, which I’ve already reviewed here on NAA, so when I posted in the Triple M Book Club, everyone told me to read TEON like NOW, because it was so great.

Well, it started out slow, I do admit that.  I didn’t really connect with the best friend, in fact, sometimes I think the best friend in a romance novel is a diversion and it sorta bores me.  But luckily, Camryn gets into a huge argument with her bestie and takes off on a journey. Alone. 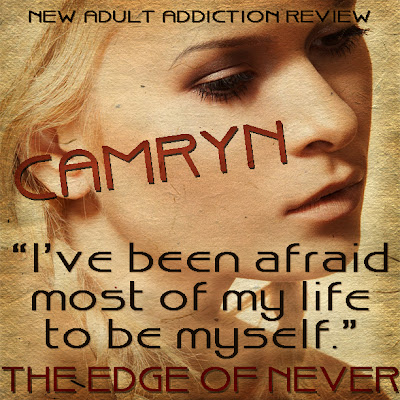 I think Camryn is incredibly smart, stupid, wordly, and naïve all at that same time.  And there’s absolutely nothing wrong with this.  She’s allowed to be juvenile, she’s allowed to be wise, she’s allowed to be all these walking contradictions because that’s typically how people are in real life.  Not everyone gets “it” about all things at the same time.  But Camryn felt in her heart that the hand she was dealt was not meant for her.
So she did something about it.  She got up off her ass and bought herself a ticket to nowhere so she could get some time alone to figure herself out.
Along the way she meets this wonderful guy. Andrew Parrish. And he too is looking for something as he travels to meet his father’s death across the country.  He notices Camryn right away, she’s beautiful and looks a little vulnerable. And because Andrew was raised right and is not a creeper, he sorta secretly assigns himself her appointed guardian while they are on the road.
Andrew is the perfect book boyfriend. Seriously, he’s got it all. He’s smart, he’s polite, he’s a gentleman yet can play the part of bad boy if he wants. He’s spontaneous, and fun, and fearless… But Andrew is hiding a secret.  In fact, he’s running from it and Camryn is the only thing keeping him together as they take their once in a lifetime road trip. 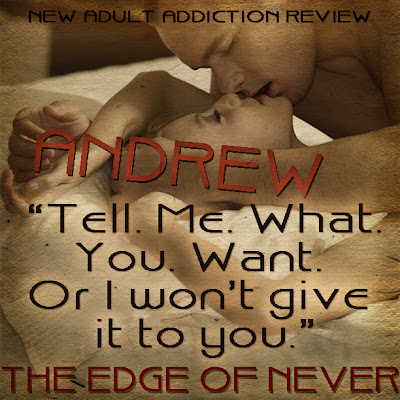 And so their relationship starts.  Andrew is at first just an annoying bus mate, a cute one—no, gorgeous one—but just a stranger sitting near Camryn as she travels to nowhere.  But then Andrew really does save Camryn from an unfortunate situation, takes her home with him so he can say goodbye to his father before he dies, and then they set off on the road again. With nowhere to be and no one to answer but each other, the relationship builds.
The Edge of Never is not a riveting on the edge of your seat read. It’s almost totally introspective, allowing for the slow development of a relationship I was so invested in that even when I figured out what was happening at the end, I simply could not accept the possibility that things could end the way it was headed.  It tore me to pieces to think of the outcome waiting for Camryn and Andrew. 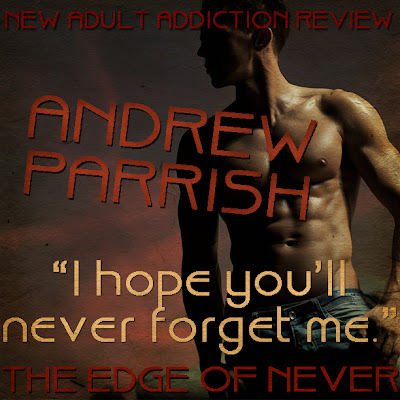 I love character driven novels when they are done right and The Edge of Never was done exceptionally well in my opinion. I loved every sentence and the way the whole story played out just grabbed me in the end. I felt this way with The Sea of Tranquility too, I was just wowed with the entire experience. I place The Edge of Never among my top ten favorite books of all time, that’s how much I loved it. And now that I know there is another book planned, well, I’m seriously counting the days until The Edge of Always.
I WILL NEVER FORGET ANDREW PARRISH

4 Responses to “REVIEW: The Edge of Never by JA Redmerski”