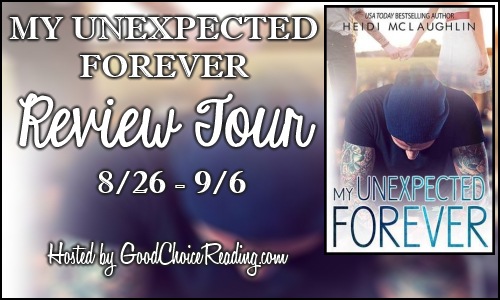 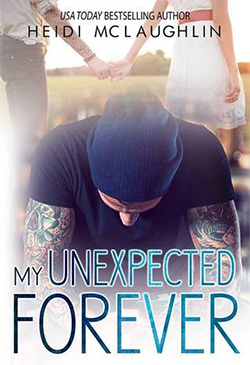 ***IT'S SUGGESTED YOU READ MY EVERYTHING BEFORE READING MY UNEXPECTED FOREVER***

I expected a life of music.
I expected to raise my son.
It took one look to make everything change.
I never expected happiness.

First of all, I love this blurb.  I really enjoy unconventional blurbs, I think it shows that the author is willing to take a risk and not just write up the same old same old when it comes to a summary.

OK, now on to the book review. I loved Forever My Girl, the first book in this series and you can find my review here. This series centers on the town of Beaumont and the people who live there.  Forever My girl centered around Liam and Josie, first loves who got separated by life and time, and then reunited with the tragic death of a best friend, Mason, who was Katelyn’s husband.

There are a few topics in books that always get me and one of them is losing the love of your life.  I cry like every single time.  I was only a few pages into Forever My Girl when I just wanted to cry for poor Katelyn.  I almost wanted her to get with Liam in that book, that’s how badly I needed her to have a happily ever after. 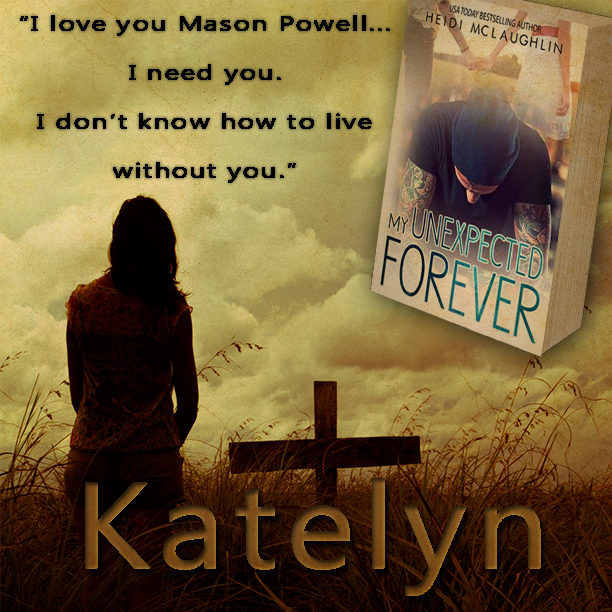 So this book is all about Katelyn trying to find her happily ever after with Liam’s band mate drummer friend, Harrison.  One thing I love about Heidi McLaughlin’s books is that her characters are always mature. I”m not just talking about age, either. This series is contemporary romance, not new adult.  And it shows because her characters don’t do stupid things. I love that.

Katelyn is raising her and Mason’s twin daughters after his death and this story takes place almost a year in the future.  Her girls are adjusting in very different ways – on the one hand, Elle is pretty well-adjusted, but her sister Peyton is not. Peyton acts out and she’s very angry becasue she was Daddy’s girl, while Elle was always closer to her mother.

And while Katelyn is (reluctantly) attracted to Harrison, she’s just trying to figure out what her life has become.  Everything she thought about herself, her identity as a wife and mother, is gone.  She even takes a job as the band’s manager and screws things up royally. 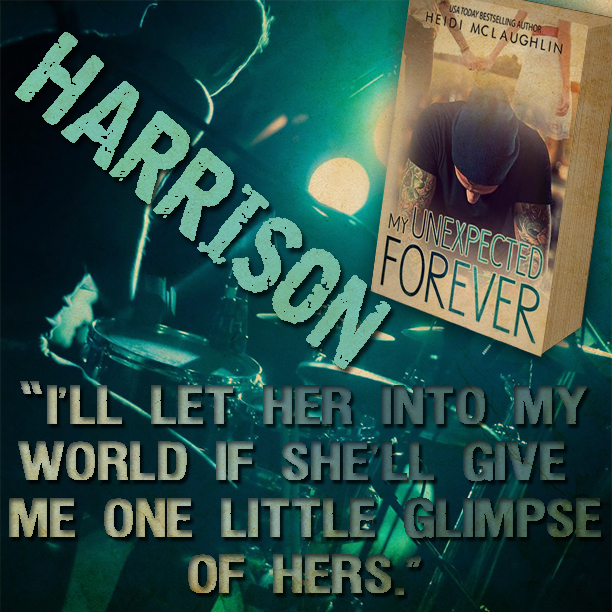 Harrison is falling in love with Katelyn from afar. He stops by her house to mow her lawn every weekend and he’s quickly becoming one of the only adults that sad and angry Peyton will respond to.  He even teaches her to pound out her frustrations on his drums.

Harrison is a single parent as well.  He’s a drummer in a pretty famous rock band so yeah, he’s had his share of girls. And one day several years back one groupie appeared on his doorstep and dropped off a baby. Literally, dropped off a baby!  That’s Quinn, Harrison’s reason for living.

So Harrison knows a little bit about what Katelyn might need and he sets out to pursue her in a very respectful and gentle manner that I thought was totally sweet.  I’m not sure what I expected from this book, but it was so much more than that.  My favorite parts were the flashbacks with Mason and Katelyn, it was so touching to see how they fell in love and how sad it made her to feel his loss.

I told Heidi I cried four times!  And all of them were in the flashbacks with Katelyn and Mason.  It’s my cry button, that losing your true love thing, I swear.

But Harrison had his own touching story in flashback. This centered around his son Quinn and it was so great to watch him fall in love with his son.

This plot, the characters, the lessons learned and the villains in My Unexpected Forever all worked for me.  I thought it was the perfect blend of each. The problems weren’t over the top dramatic and they were sorted out in a proper amount of time.  There’s nothing worse than a stupid heroine who holds something dumb against the hero for an entire book. Katelyn was not stupid. She was cautious, but not stupid.

I got lost in this book. Literally, I have this whole vision of Beaumont sketched out in my mind and I’m really looking forward to book three.  Five stars for My Unexpected Forever.

One Response to “RELEASE DAY REVIEW: My Unexpected Forever by Heidi McLaughlin”