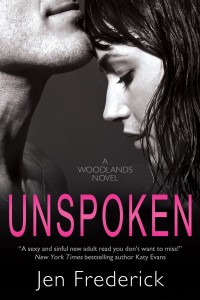 I've been called all these at Central College. One drunken night, one act of irresponsible behavior, and my reputation was ruined. Guys labeled me as easy and girls shied away. To cope, I stayed away from Central social life and away from Central men, so why is it that my new biology lab partner is so irresistible to me?

He's everything I shouldn't want. A former Marine involved in illegal fighting with a quick trigger temper and an easy smile for all the women. His fists aren't the danger to me, though, it's his charm. He's sliding his way into my heart and I'm afraid that he's going to be the one to break me.

I allow instinct to rule my behavior. If it feels good, do it, has been my motto because if I spend too much time thinking, I'll begin to remember exactly where I came from. At Central College, I've got fighting and I've got women and I thought I was satisfied until I met her.

She's everything I didn't realize I wanted and the more time I spend with her, the more I want her. But she's been hurt too much in the past and I don't want to be the one to break her. I know I should walk away, but I just can't.

This is the first book I’ve read by Jen Frederick, so I was new to the Woodlands novels. I didn’t feel like I was missing anything though, and it was easy to jump right in.

What I liked: Jen Frederick’s writing style was easy to sink into, and very descriptive–at times a little too much so. There is a ton of internal monologue, and the book  and even the paragraphs are unusually dense for a NA Contemporary Romance. I both liked and disliked that, because I enjoyed the extra length, but at times it felt unnecessarily dense.

I definitely liked AM, our heroine. She’s strong, and she’s gutsy, and I liked that about her a lot.  There were times where she needed to wake up and smell the coffee, but overall she’s quite admirable. I think my favorite scene is when she stands on the table at a party, telling the drunk asshole jerks around her just how awful they are, and putting them in their place.

Bo, the hero, was good too. He had a great protective side, but he wasn’t controlling. At times he started to run hot and cold, but I could overlook that because it wasn’t without reason.

What I didn’t like: At times I felt like this was slightly overwritten. Just as I liked the extra length, the denseness also got on my nerves. It often seemed like I was having each of the characters feelings/orbackstory explained to me, and I’d rather that be a little less.  There was a LOT of backstory. This is definitely what lengthened the book, and while it makes all the characters have a lot of depth, it borders on too much. This is of course personal preference, so while it bugged me, it won’t bug a lot of readers.

I can’t put my finger on why, but this book just didn’t captivate me. I enjoyed it. It was a pleasant read. But nothing drew me through it. It took me about 3 days to read because I just had zero desire to read for answers for anything. It was missing that vital spark.

My recommendation: Try a sample. I think this one is going to be hit or miss, depending on your reading preferences, but probably more hits than misses, because all in all it is a good book. 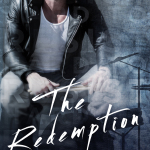