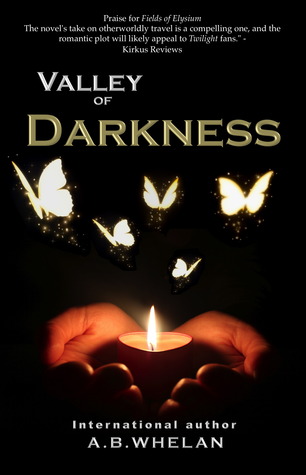 What if we were not alone in the universe?
What if your boyfriend was a supernatural alien?
What if you had to choose between two worlds?

After months of amazing adventures and secrecy, Molly and Victor find peace in each other’s arms. Adam’s memory has been erased. The secret of the Arkanians is safe. Life couldn’t be more perfect.

But Molly is robbed of her short-lived happiness when a devastating tragedy strikes her family, shattering her entire existence. Faced with a terrifying future, she feels that there is nothing left for her on Earth but an insensitive aunt and her little brother, while Arkana promises a place where she might find happiness and purpose again.

Victor tries to convince Molly to move to his village in Arkana, where they can live together in secret. But Molly refuses to live in the shadows. She wants to be a Sentinel and join the fight against the Terrakas. But getting into the Academy requires more than a pretty face.

The Fields of Elysium Saga is a young-adult romantic fantasy and a suspenseful romantic tale full of forbidden secrets, danger, deception, and the never-ending fight for true love.

This Ebook is the second half of book Two. The first half, Valley of Darkness Part 1, was released in Ebook on May 30, 2013. The entire Valley of Darkness (Fields of Elysium, #2) in paperback format will be released on the same day with part 2 Ebook, November 2nd.

"There is no better thing on Earth than absorbing someone’s ultimate and deepest love for you entirely."

I fell in love with this tender story in the first few pages of Fields of Elysium last year. Since then I’ve read both parts of Valley of darkness and my feelings have not changed.  This series is a continuing story of Molly, a teenager form Earth, and Victor, a teenager from another planet that Molly accesses vi a wormhole.  The world building is fantastic and I love the characters. Molly is such a tender soul, always trying to do the right thing, but she’s also brave and persistent, loyal to those she loves, and just a nice girl.

This series has a lot of action in it and Valley of Darkness Part Two follows that precedent. In this book Molly is trying to prove to The Prophet or Arkana that she is worthy of becoming a Sentinel, and she wants to use the fact that she’s an Earthling to spy on some undesirables in a city that is hostile to the Arkananians after a dear friend dies in Book One.

But before Molly can make this sacrifice, Victor, her boyfriend, needs to teach her how to survive. So a lot of this book revolves around that aspect of the plot.  In Book One Molly experienced some terrible loss, and in this book she learns the terrible truth about what happened. This has a profound effect on her and dictates how things turn out in the end.

In this book Victor and Molly take their relationship to the next level and it was sweet and satisfying.  AB Whelan has a certain way with words that I adore, I get lost in these stories and find myself just reading and reading, unable to stop.

I very much enjoy this series.  It’s got a lot of underlying religious themes, which I often enjoy when they are well-hidden, and although this one has some more overt references, the majority of these themes are tucked behind symbolism.

I recommend this series to teens who enjoy a mostly clean story with a lot of action and thoughtful characters. 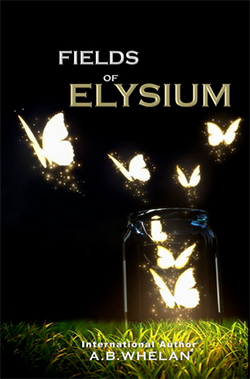 How can love mend a heart full of hate?

Small town girl, Molly Bennett, moves to Los Angeles where she becomes an outsider while attending Beverly Hills High School. It seems life cannot be any more dreadful. Then one day after school, something magical happens. On a secluded hike in the Hollywood Hills, Molly chases her disobedient mutt and only friend into a hidden cavern.

She stumbles upon a strange glimmering gateway that transports her to Arkana, a planet that is the cradle of an advanced human race. There, teenagers navigate amazing flying vehicles, compete in perilous games for glory, and possess supernatural powers.

While Molly tries to wrap her mind around this unbelievable discovery, she meets the alluring and mysterious Victor Sorren. He is a Sentinel Apprentice, whose hatred toward people from Earth is beyond understanding.

Yet every time Victor unpredictably saves Molly’s life, his heart draws closer to hers, no matter how much he tries to fight against it. It further complicates things that their growing friendship is strictly forbidden. Earth people are prohibited in Arkana, yet Molly continues to cross through the portal to Arkana to see Victor. Torn between their double lives, they go down a dangerous path, from where there is no return and multiple endings.

Fields of Elysium is a suspenseful romantic tale full of forbidden secrets, danger, deception, and the never-ending fight for true love.

About A B Whelan

A.B.Whelan is a Hungarian born, American writer. She currently lives with her husband and two children in Southern California.

While growing up in a wealthy Eastern European family, she had a chance to travel Europe. Later as an adult, she visited Africa and the Middle East and lived in Ecuador and in Crete.