EXCERPT: That One Summer by C.J. Duggan | New Adult Addiction 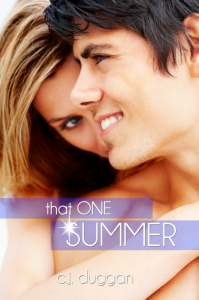 Loving Chris Henderson would be wrong. Diabolically disastrous. I mean, what is there about him to love? He’s moody, bossy, brooding, a control freak, and that’s on a good day … but there was one achingly obvious fact that haunted my every thought, every minute of every day …

He sure could kiss.

As the countdown to the new millennium begins, there is one thing everyone agrees on: no one wants to be in Onslow for New Year’s Eve.

So that can only mean one thing: road trip!

No longer the mousey, invisible, shy girl from years ago, Tammy Maskala is finally making up for all those lost summers. A new year with new friends, which astoundingly includes the bossy boy behind the bar, Chris Henderson.

She likes her new friends (at least most of them), so why does she secretly feel so out of place?

After chickening out on the trip, a last-minute change of heart sees Tammy racing to the Onslow Hotel, fearing she’s missed her chance for a ride. The last thing she expected to meet was a less-than-happy Onslow Boy leaning against his black panel van.

Now the countdown begins to reach the others at Point Shank before the party is over and the new year has begun. Alone in a car with only the infuriating Chris Henderson, Tammy can’t help but feel this is a disastrous start to what could have been a great adventure. But when the awkward road trip takes an unexpected turn, Tammy soon discovers that the way her traitorous heart feels about Chris is the biggest disaster of all.

Fogged up windows, moonlight swimming, bad karaoke and unearthed secrets; after this one summer nothing will ever be the same again. 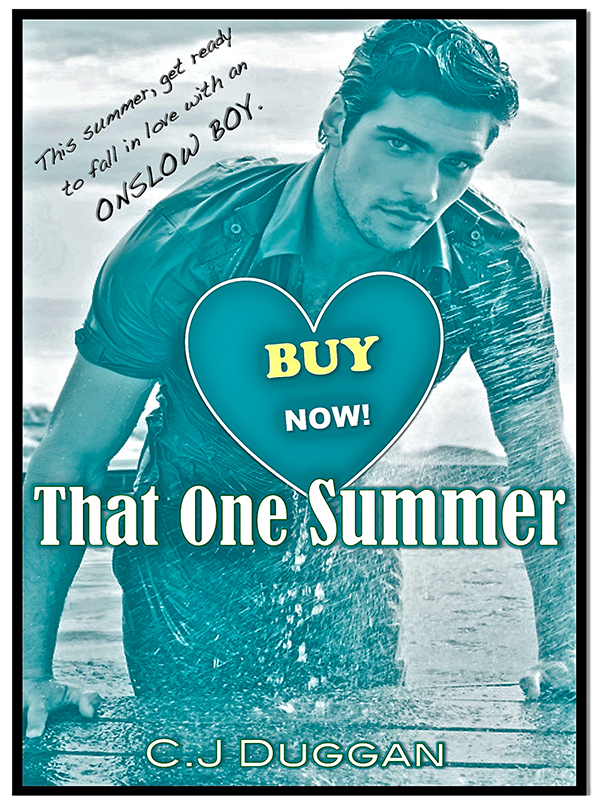 “So what do you think?” Chris stood with his elbow leaning casually on the open door of his jet black panel van. He looked up at me expectantly. “Pretty sweet ride, huh?”

“If you’re a serial killer,” I said, cautiously descending the steps.

Chris’s head snapped around with surprise, his eyes almost as dark as the van itself. He slammed the car door and folded his arms, glowering at me as I approached.

“I’ll have you know, Toby and I have spent the better part of six months fixing this old girl up.”

I wrinkled my nose. “Really?”

“Why, it could be grease lightning,” I smirked.

I didn’t think a death stare could vary in so many ways, but Chris had mastered a variety of pissed-off stares like no other. The one he was now casting me was a whole new level of anger.

I cleared my throat and looked away, suddenly super aware that the last thing I should do was alienate my ride, but then the thought did occur to me: did I want to be trapped in a car with Chris Henderson for three days? Three long, insufferable days – could I subject myself to any more death stares, sneers, scoffs and deep sighs? Maybe I would be doing myself a favour if I gave him good reason to leave me behind.

Before I fully acclimated to the idea, my attention was snapped back to the present and the duffle bag that landed at my feet.

I frowned toward the verandah where Chris had moved and was readying himself to turf my other bag down.

“Hey! Watch it,” I snapped. “You might break something.” It was a possibility, though I didn’t know exactly what. Maybe Mum had slipped in a crockery set? Who could honestly guess?

“Let me guess,” Chris said with a smirk as he slung my beach bag over his shoulder and trotted down the steps. “Hairdryer?” He threw a cocky smile and grazed my shoulder as he passed, heading for the van. My eyes burned into his back as he opened the double doors to chuck in my bag. He turned to me expectantly, his hand out for me to pass him the duffle. I snatched it up, trying not to let the strain of its weight show as I lugged it over and carefully placed it into the back. I attempted to, anyway. With a rather inelegant lack of grace, I hitched it up onto my knee, trying to be all cool and casual, as if I was totally in control …

Chris plucked it from me as if the bag weighed nothing and turfed it into the back.

“Relax, it landed on the mattress.”

I peered into the back. Sure enough, a mattress lined the whole floor up to the front bucket seats. The windows were blacked out and the inside walls were lined with black carpet. Oh, ick. All it needed was some leopard-print cushions and a disco ball.

It would seem that black was a common theme throughout Chris’s van, and the colour matched his mood.

Chris slammed the back shut. Viewing time was over.

I half expected him to say, “Let’s get this show on the road,” or “We’re burning daylight,” but instead I got a rather lacklustre, “Get in.” 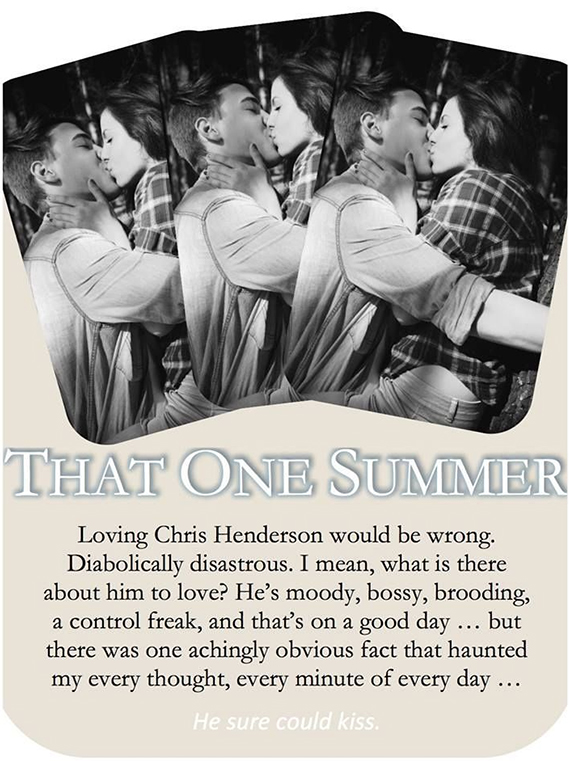 C.J Duggan is an Australian author who lives with her husband in a rural border town of New South Wales, Australia.

The Boys of Summer is Book One in her Mature Young Adult Romance Series.

2 Responses to “EXCERPT: That One Summer by C.J. Duggan”