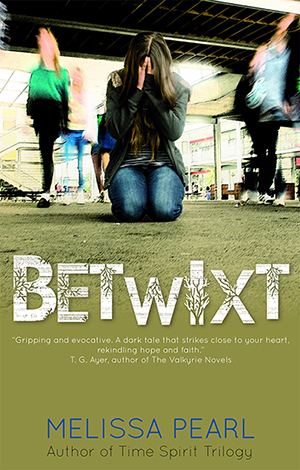 REVIEW
Betwixt is an amazing story of one young girl’s brush with death and her journey to self-realization and acceptance. Nicole Tepper had a lot going for her – she lives in a nice neighborhood, she’s socially popular at school, she has a hot boyfriend, and she’s pretty.

You’d think that’s all it takes to be happy. But Nicole is not even close to happy. She’s been acting out since the death of her sister two years prior and in her mind, she grabbed life with gusto, pointed her head towards the wind, and pushed on.

OK, she did do that. She just did it in all the wrong ways. And now that she’s on the brink of death after being hit by a car because her ‘boyfriend” was trying to grope her and she wasn’t interested- her bad choices are literally coming back to haunt her.

This is sort of a paranormal book, but not really. Nicole is hit by a car and left for dead on the side of the road and she’s in a lot of pain.

Unimaginable pain, maybe. She lifts out of her body and finds herself able to move around her town, but the only person in the whole darn place who can hear her is a boy she belittled and teased with a very cruel nickname due to a scar on his face. A boy who liked her but who is not about to put up with her cruelty just to have her as a friend.

And now Nicole needs him. Desperately needs him because even though she never came home from a party the night before and never showed up for school – no one is looking for her. Everyone assumes she ran away because her wild behavior dictates that’s the most likely answer for her disappearance. Her friends even go so far as to run a poll about where everyone thinks she may be and make jokes about it. 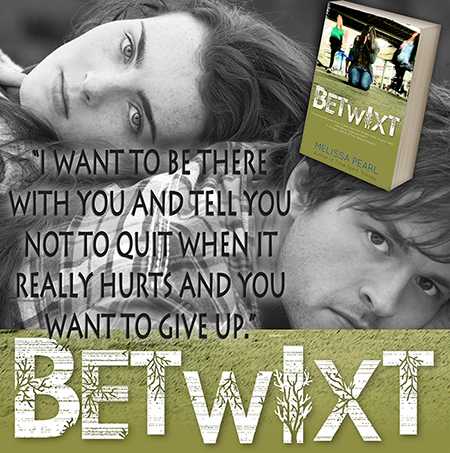 This story is beautiful because it chronicles Nicole’s journey of turning over a new leaf. The overwhelming propellant in this change is Dale Finnigan, the boy she hurt and who goes out of his way to help her spirit find her body.

But Dale has his own secrets. As Nicole beings to know him better she realizes that even though her family has more money, his family has each other. I really enjoyed this book – Melissa Pearl’s way with words kept me reading long into the night and I finished this book in about a day and a half. The plot is original, the message is uplifting and sweet, and the mystery of both Nicole and Dale is intriguing.

Also, Nicole is funny! There’s a part near the end that had me laughing out loud. It’s a spoiler so I can’t quote, but the book is not all sadness and mystery – there’s quite a bit of fun dialog between Nicole and Dale.

BEFORE is all about Dale and how he came to be the person he is when he meets Nicole in Betwixt.  It’s not a long novella, but it is powerful in it’s emotion and consequences.  Dale is WILD!  I’m talking just out of control wild in this book, the complete opposite of the calm and grounding force Nicole knew in Betwixt.  it was refreshing to see Dale make so many mistakes, then pay the ultimate price for them, and then eventually learn to live with himself and what he did.  Amazing, amazing story.

BETWEEN is more about Nicole than Dale. She’s trying to come to terms with the fact that Dale is older than her, so he’s leaving for college and she will be stuck back in Big Bear in high school. She’s insecure and Dale is dealing with rejection letters, so it’s a nice progression of the relationship that doesn’t always get portrayed in YA books.  Eventually the shiny-newness of teen love wears off and you have to deal with… like reality.

Nicole really steps up to the plate and begins to see that this is about Dale and his quest to go to a good school and not about her and how she’ll feel when he moves away.  She really matures.

This is a great YA series and has a little bit of everything–love and romance, thrilling mysteries, paranormal aspects (in Betwixt), and redemption.  I highly recommend it for teens. 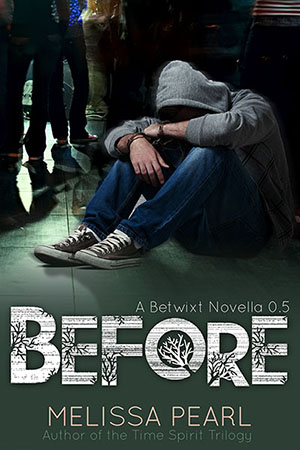 Dale Finnigan is a teenage rebel; he lives for parties, girls and joy riding in stolen cars. In spite of his uptight parents’ constant warnings and lectures, he continues to run wild. His crazy lifestyle is the only way he can live and feel free… Until his reckless behavior takes him down a path where there is no going back.

In this prequel to BETWIXT, find out who Dale Finnigan was before he became known as“scar-face”—the unassuming hero everyone underestimates.

WARNING: This book is intended for mature teens due to coarse language and mature content. 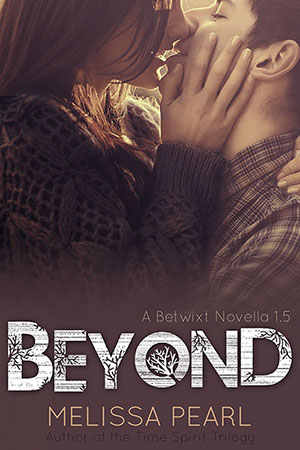 Have you ever been so in love with someone, but not had the courage to tell them?

Nicole Tepper is that girl. She loves her boyfriend Dale, but fearing rejection, keeps her feelings buried deep. She can’t even let on how heartbroken she is when Dale begins applying for colleges thousands of miles away from her; never even whispering a word about how much she wishes he would stay close.

But, when Dale is rejected from Columbia University in NYC, due to a police record that follows him wherever he goes, Nicole soon discovers that love can drive her to do things she never thought possible.

18 Responses to “GIVEAWAY and REVIEWS: Betwixt Omnibus by Melissa Pearl”