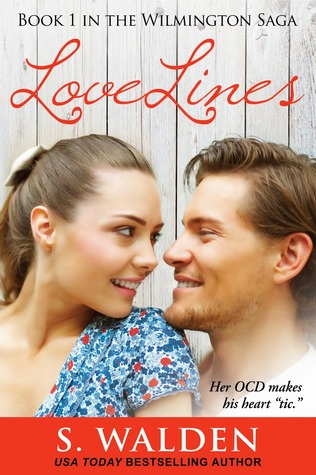 And that’s just the first few minutes of her work day.

Thirty-one-year-old proofreader Bailey Mitchell is a slave to her tics. She inherited Obsessive Compulsive Disorder from her father, and it’s done nothing but inhibit her love life. She’s run the gamut of boyfriends—none of them willing or able to cope with her condition.

Enter 32-year-old Reece Powell, her new coworker at Beach Elite Marketing Firm. He’s more than willing to cope. He finds her habits cute and quirky . . . for now. Reece wins her over, and life coasts along for them until Bailey experiences a devastating blow. Tragedy exacerbates her OCD, and Reece realizes her tics aren’t so cute and quirky anymore. Just like all the others, he has the choice to leave.

This is a new kinda book by Summer Walden. 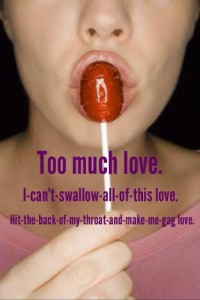 No, not that kinda book. Though yowza, Summer can write some sexy times.
If you’ve read Summer before you’re used to teenagers. No teenagers here, hooray! Lovelines isn’t my normal kind of read, which is to say, Bailey & Reece are normal people.  I have a fetish for alpha billionaires, not normal guys that work in marketing. But I have a thing for Summer’s writing, cause her men, swoon. So Reece who works in marketing it is.

Bailey suffers from OCD. Real, debilitating OCD, not the fun, “OMG, I, like, have to eat all the yellow M&M’s first out of the bag. I’m so OCD.” The first couple of chapters are painful to read, because Bailey’s struggle is so vivid.

Then she meets Reece. Reece who loves her, not in spite of her OCD, but including her OCD. Reece is… delightful. 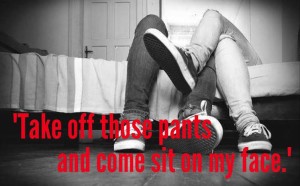 Of course, it’s not all sunshine & roses. They struggle. Although, I think their struggles were more about Bailey’s maturity than her OCD. Reece’s love helps Bailey deal with her OCD issues, until something happens to send her into a tailspin. She reacts by reverting to the worst of her OCD tics, but worse, she pushes Reece away. Perfect dreamy Reece, who didn’t deserve to be pushed. But hey, we gotta have angst, right? Bailey’s mom & sister, I detested. Their portion of the story was wrapped up a little too neatly for my liking.

But Reece… when you’re done reading send him back to me.