By popular demand, the Wanted Series is being released in a box set edition with all 6 stories PLUS 3 short stories from the lives of the WANTED Gang in the future and the first 3 Chapters of Without You (Love Wanted in Texas Series).

As I researched box sets, there was an interesting fact I kept coming across. Readers who have already read a series repurchase the series in order to have all the books in one location as our electronic reading devices fill up quickly from all those wonderful stories out there.

In addition to the already published books, I decided to include three short stories (15,000 + words each) giving the reader a peek into the lives of some of their favorite Wanted Series couples after the series ended. The three-short stories are: Gunner and Ellie (WANTED), Jeff and Ari (SAVED), and Josh and Heather (FAITHFUL).

Also included in the box set will be the epilogue and first 3 chapters of WITHOUT YOU.

The set will contain the following:

Advanced peek at WITHOUT YOU

It will be available on Amazon, iBooks, Kobo, and Barnes and Noble. 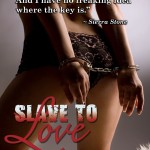 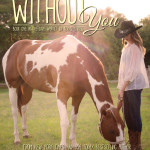