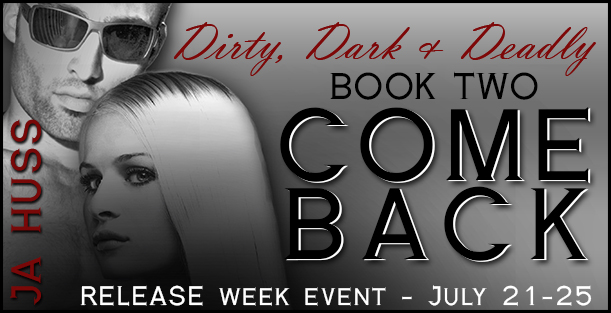 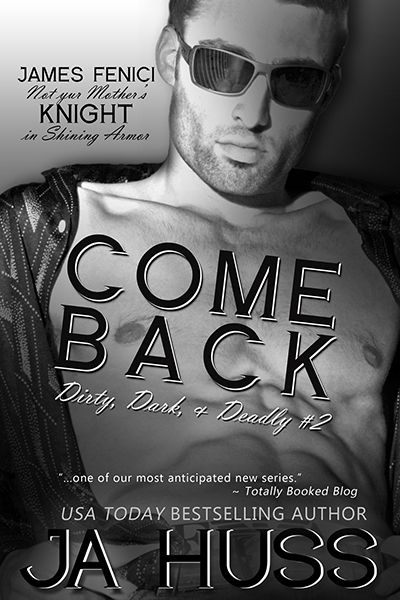 “Secrets keep the darkness alive,” Harper tells me. But that’s not how I see it at all. Secrets keep me alive, the truth is overrated, honesty is never the best policy, and when your job title is Assassin Number Six—lies are your lifeblood.

“Death is a business deal,” I tell her back. And I shake his hand with secrets every chance I get. They’re currency in my world. I pay my debts with them, I feed on them, they ground me in the present and they promise me a future.

But Harper Tate is everything I’ve ever wanted. She’s my promise, she’s my obsession, she’s a delicious fuckable transgression. She can be mine. She will be mine. All I have to do is complete the mission.

There’s just one teeny, tiny problem with the mission.

This is a full-length novel
This is book two in a three book series.
The final book releases in November 2014.
*If you’re looking for a romantic book filled with kinky sex and fun embarrassing moments that make you blush and giggle—you’re thinking of my Secret Summer Book that comes out August 27th, 2014. This here book is about dirty sex, dark secrets, and deadly plot twists that will leave you hot, bothered, and breathless. 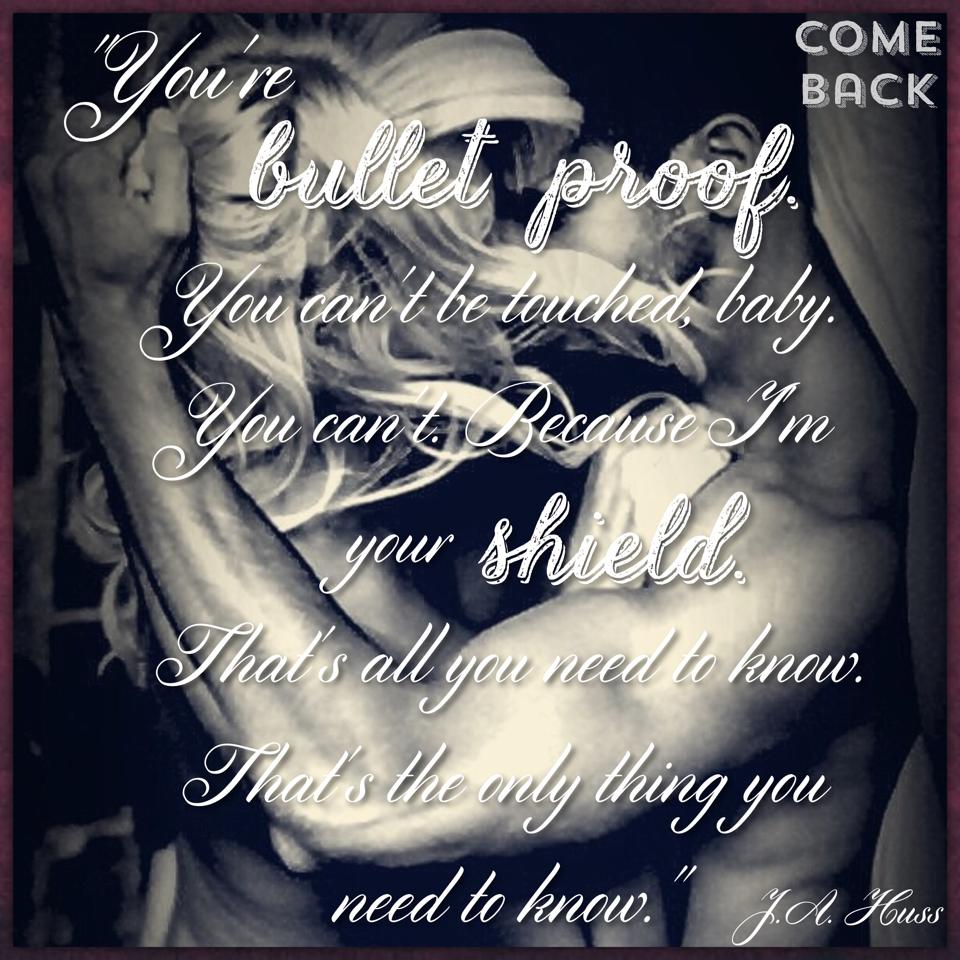 “I want you. I’m going to touch you. I’m not fighting with you anymore. It’s a waste of time. I’m going to fuck the shit out of you right here, right now. In this goddamned desert shithole bathroom even though you deserve to be fucked on a tropical beach or somewhere with a mountain view, or, hell, even the goddamned Hummer would be better than right here. But you know what?”

I swallow down my surprise. “What?”

“You gotta make the most of what you got. And we’re not on a tropical beach or in front of a goddamned beautiful mountain. And fucking Smurfette is probably out in the Hummer. So this is all I got.”

“None of this has anything to do with the fight we’re having.”

He smiles and then nods at me. “Oh yes, it does. Because here’s the thing, Harp. We are about to have makeup sex. Right the fuck now. And if you don’t want me to do that, then feel free to finish this fight properly. You ready?”

“So you’re gonna force me.”

“I’ll count to three so you can have a few more moments to decide. One.”

My heart begins to beat wildly. “What the hell—”

“Two.” His hands are still hovering above my shoulders but now they slowly descend to rest on my upper arms. “Three.”

I expect to be turned around, pushed against the sink, and fucked from behind.

But that’s not what I get at all.

His hands descend down my bare arms, stopping at the elbow for a brief moment to caress the soft skin on the underside. And then they continue down to my waist. He eases them underneath my tank top, and then places both palms flat against my skin.

“I’ll take that as permission to proceed, but feel free to stop me at any time.” And then his strong hands grab my waist and place my ass on the edge of the sink. He cups my face and leans in, his lips lightly touching mine.

I kiss him back. With tongue.

I can feel the smile on his lips. Because he knows I gave in with that tongue. He won this fight hands down. I am out for the count before the bell even rings.

“I win,” he whispers into my mouth. “I’m not here to fight with you. I’m not here to trick you. I’m not here to kill your pain-in-the-ass piece-of-shit brother. I’m here for you, Harper. And that’s all there is to it. And if I have to yank your cute little ass into a roadside bathroom to make you understand that, I will. Every single time. I will. You and me,” he says, pointing to each of us. “We are the only ones who matter.”

I shake my head as I try and absorb this. “I don’t understand any of this, James. Why, why, why? All I want to know is why?”

“Why, Harper? I have no why answers. Your father, your brother, Sasha probably, they have the why answers. But your father and brother are lying and Sasha is very close to copping out on her own. So we’re gonna let all this run its course and you’re gonna follow my lead.”

I don’t know what to say. Some of this makes sense. Especially Sasha. She wants to tell us what she knows, but she’s holding out for reasons that have nothing to do with loyalty to the people working against us. She’s holding out until she can trust us. So he’s right about that.

I rest my head on his shoulder as he unzips his pants, pulls out his dick, and grinds his hips against me. “Lift up,” he says, his voice still soft but controlling.

I lift up and then my shorts are dangling off my ankles.

Then his hands slide under my ass, lifts me up, and he walks me across the bathroom and pushes me up against the heavy wooden door. His cock slides in, but so slowly it’s driving me crazy. “Harder,” I whisper. “This doesn’t qualify as fucking the shit out of me.”

He chuckles against my ear as he slides out, again, so very, very slowly before entering me again. “You’re wrong, Harp. You’re so wrong.” His hand slides over my behind and one finger finds the bud of my ass. I moan a little as he pushes it inside, and then something overtakes me, and I’m pushing back against the pressure. “More,” I pant. “I want more.”

“Baby,” he growls, “you will get all of it very soon. But right now this will have to be enough. Now, put your hand under my balls and hold them, like you’d hold something very precious.”

My hand is in motion the second he asks. I love when he tells me what to do during sex. It’s so completely fucking hot. My fingertips find the soft skin of his balls and I cup them gently, moving them back and forth in my palm. “Yes, that’s perfect, Harper. I want them in your mouth.” I’m already struggling to be let down so I can make his wish a reality, but he stops me. “Not here. Because I will want to fuck you all night long once I get your head between my legs.” He removes my hand and lifts my fingers to my lips. I suck on them the way he likes. They slide in and out slowly, like we’ve got all the time in the world to orgasm.

Then the door handle jiggles next to my hip and then comes knocking. A man’s voice talks in Spanish.

“Ignore him,” James whispers. “He is no one to us. I meant what I said. We are the only ones who matter.”

The man knocks again, talking louder this time. But James responds with a hard thrust and I moan. Another thrust, another moan. And I realize he’s doing it on purpose when the demands on the other side of the door become furious.

“Me,” James says, lowering his face so I have to look him in the eyes. I instantly forget the commotion on the other side of the door and all I see is the soul he’s hiding behind the green. “Only me, Harper.” He leans in and bites my shoulder, making me squeal.

And he does. He fucks the shit out of me. Slowly. Taking his time. Thrusting his hardest. Ignoring the world on the other side of the door until he spills himself inside me, calling out my name as I moan his.

We collapse into an embrace, a hug really. And wait for the aftershocks to dissipate. And now there are more voices outside. Someone threatening to call the police. I raise my eyebrows at James for that one.

“Please,” he says, probably loud enough for the people outside to hear him. “It’s the fucking Mojave Desert. I’m pretty sure no one’s coming.”

And then he sets me down and grabs a few wet paper towels to clean me up. “Thank you,” I whisper, as he holds my shorts open so I can step back into them. He even pulls up the zipper and buttons them up. And then, when we are good and ready, he unlocks the door and opens it up. We get angry stares from the little Mexican guy, a thumbs-up from some teenager, and a look of disgust from an older couple.

“Sometimes,” James says, stopping in front of the old people, “you gotta grab that moment, ya know? I just never know which ones will be the life-changers, so I treat them all the same. We had a fight. And then we made up. Life is good again. So”—he does a little bow to the smirking old lady, who is charmed by his honesty—“my apologies.”

He holds my hand, swings it, actually, until we reach the Hummer, and then he opens my door for me and goes around to jump in his side.

“Well,” Sasha says. She’s lying down on the seat of the Hummer stuffing her mouth with multi-colored candy worms, sweating like crazy because it’s hot as hell in here. “If you try and explain what took you so long, I will plug my ears and sing la-la-la. So just don’t.”

“Finally,” James says as he starts the Hummer and puts it in gear. “I have a way to render the Smurf speechless.”

And me too, I think to myself as I stare at the desert going by. Me too.

Because slow and honest will get me every time. 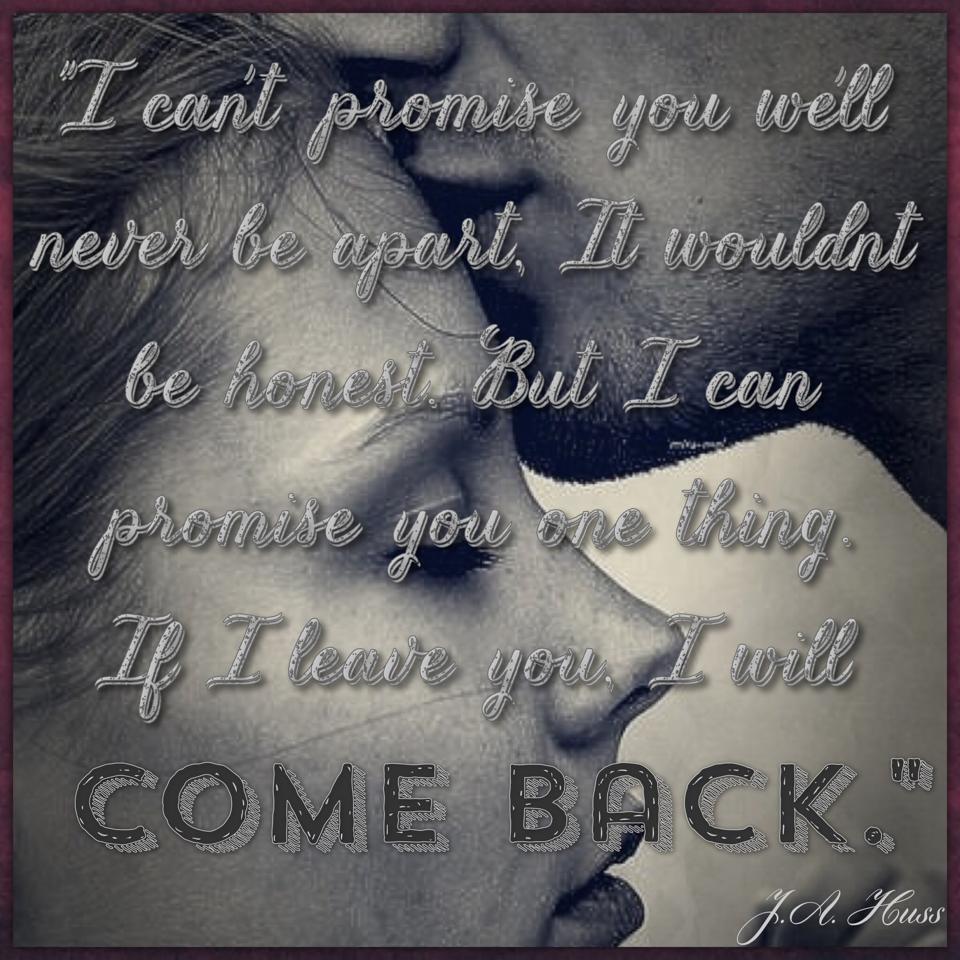