GIVEAWAY and EXCERPT: Battle Not With Monsters by Overton Scott | New Adult Addiction 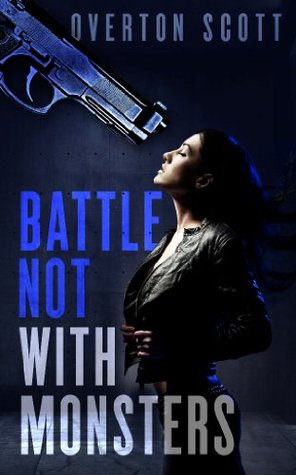 Battle Not With Monsters

Neen Ford is a loner, drifting from town to town, working as a security guard and teaching martial arts. One hot night in Dallas, she witnesses the brutal murder of a Ukranian prostitute and becomes the killer’s next target. Neen’s never backed down from a fight, but she’s never tangled with a human trafficking ring before. Until now.

Naïve young women are being trafficked into the United States by Russian criminals. Someone needs to help them. The police are trying, but they’re not moving fast enough for Neen, who is now being stalked by a man who enjoys inflicting pain.

How far will Neen go to save herself? How far, to save three young women from a life of fear and despair? And what price will she pay for battling the monster? There’s a thin line between hero and vigilante – will she cross it?

She sat, breathing in the medicinal odor, the smell of disinfectant. She took out the phone again. Deliberated for a few seconds, turning the phone in her fingers. She made her decision and touched the screen. Touched it again for speed dial. Scrolled through the list of names, until she found the one she wanted. Her finger hovered over it, then descended.

Two thousand miles away in San Diego her mother’s phone rang. And rang. And rang again. Neen disconnected and punched in another number with the same area code. Her sister Jennifer picked up on the third ring.

“Hey, stranger. Where are you?”

“Oh. I thought you might be here in town.”

“What’s it been? Nine months? That’s practically a lifetime commitment from you. You must like it there.”

“No, it’s fine. I just dropped the kids at daycare and I’m on the freeway. Is anything wrong?”

Neen stared out the window. The sky was pearly blue, streaked with wispy white clouds. Hard to believe her sister was seeing the same sky, looming over the 405 as she drove to her job in Escondido.

“Nothing’s wrong. I just thought I’d check in, see what’s going on with you and Phil and the kids.”

Neen heard the tinny squawk of a car horn and Jen cursed.

“Jerk,” she said. “Sorry about that, Neen. Some asshole cut in front of me. Other than the crappy drivers out here, things are great. Phil likes his job and the kids like the teacher at daycare, so it’s all good.”

“Boring, but the pay’s alright and my boss is nice, so no complaints. What are you doing?”

“Teaching little kids to break bricks. Sitting in buildings at night in a polyester uniform.”

“Quite a career you’ve got there.” Her sister’s tone was jovial, but the disappointment beneath it was palpable. “I don’t know why you don’t find something else-”

“It pays the bills.” Barely.

“You’re wasting your time, Neen. You could do so much more with your life.”

“Yeah. I could get married and have two kids and a husband who watches football from Saturday morning to Sunday night.”

The silence lengthened. Then Jen came back on the line. “You’re right. Who am I to tell you how to live your life? If you want to waste it wandering around the country and working for minimum wage, it’s fine by me.”

Neen closed her eyes, pinched the bridge of her nose between her fingers. “I’m sorry, Jen. I shouldn’t have said that.”

“Don’t worry about it.” Her sister’s voice was distant, like she was talking to a stranger. “Have you talked to mom recently?”

“I tried to call her at home just before I called you. She didn’t answer.”

“She’s probably running an errand. Forgot the milk, or something.”

“Or she’s passed out on the couch.”

Jennifer’s exasperated breath was loud in Neen’s ear. “Cut her some slack, Neen. She hasn’t been the same since Dad-”

“None of us have been the same,” said Neen. “But we still get up and go to work every day. We don’t use it as an excuse to drink ourselves to death.”

“You were always so judgmental, Neen. Always so contemptuous of people you thought were weaker than you. Just like Dad. And look how that turned out.”

“It’s not that I’m contemptuous. It’s that I don’t understand how a person can just give up.”

“Mom has a fragile heart. That’s not a reason to ignore her. It kills her that you won’t call.”

“I just called her, Jen. Maybe she should try staying sober long enough to hear the phone ring.”

“You know something, Neen? I used to feel grateful to you, for sticking up for me whenever we changed schools. You always looked out for me, made sure the other kids didn’t bully me. But I’ve felt grateful long enough. You’ve walked away from Mom and you’ve walked away from me. You hit the road and we don’t hear from you for months at a time. You’ve dropped out of our lives and you only show up when you feel like it. So you can just take that self-righteous bullshit about getting on with life and shove it up your ass. We’re tired of hearing it.” Her sister disconnected.

Neen looked at the phone in her hand. “That was brilliant, Neen. Great idea.”

Overton Scott is the pseudonym of a national bestselling author. Overton is interested in a lot of themes covered in the Neen Ford stories: martial arts, the warrior ethos, personal responsibility, and the concept of justice. Like Neen, Overton doesn’t think that the guilty should escape punishment on this earth. Unlike Neen, Overton prefers to write stories rather than take the law into his own hands. It’s just as morally satisfying, but less dangerous.

As you are reading this, Overton should be working on the next Neen Ford adventure. But he’s probably at the gym, shooting or wasting time looking at funny pictures on the internet. You can contact him at neenford@gmail.com, if you’d like to discuss any aspect of the Neen Ford stories. 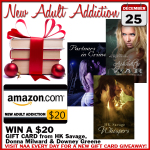 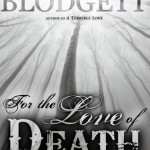 11 Responses to “GIVEAWAY and EXCERPT: Battle Not With Monsters by Overton Scott”

Leave a Reply to Jen