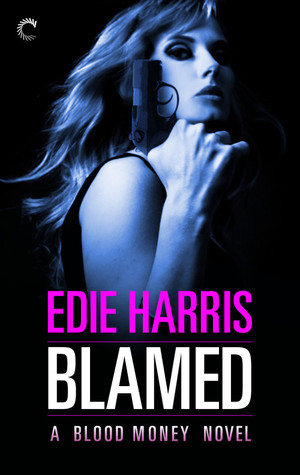 Born into a long line of spies, sanctioned killers and covert weapons developers, Beth Faraday carried out her first hit-for-hire when she was still a teenager.

That part of her life—the American spy royalty part—ended one year ago, with a job gone wrong in Afghanistan. The collateral damage she caused with a single shot was unfathomable and, for Beth, unforgivable. She’s worked hard to build a new life for herself, far away from the family business.

But someone, somewhere, hasn’t forgotten what Beth did in Kabul. And they want revenge.

As the Faraday clan bands together to defend Beth and protect their legacy, Beth is forced to flee her new home with the unlikeliest of allies—MI6 agent Raleigh Vick, the only man she’s ever loved. And the one she thought she’d killed in the desert

Riding the crowded train tucked against Vick’s side was crazy, stupid wonderful, spurring an insistent warmth in the region of her chest that had very little to do with how many layers she wore against the February chill.

Damn it. It would be so much more convenient to blame the scarf.

The train car lurched, causing a morning commuter to jostle her from behind. Immediately, Vick tightened his arm around her waist. After they had boarded the Brown Line at Armitage, he’d sandwiched her between his big body and a metal pole, using his forearm to steady her as he gripped the pole with a gloved hand. The entire left half of her body soaked up the heat from his tall, muscled frame, and Beth couldn’t help but heave a silent, melting sigh at the glorious perfection of him.

Though he was entirely too perfect, in her opinion. She missed the gap between his front teeth, sighed over the loss of his bruiser’s nose. The scar on his cheek she actively mourned, because to her, it hadn’t been a flaw but a badge of honor. He’d earned it saving her life, and then he’d kissed her silly. It was all she could do not to reach up and trace her gloved fingers over its faded echo.

But his body…well, she was woman enough to admit she preferred this heftier build over the zero-percent-body-fat look he’d been working hard back in the day. After being treated to his shirtless torso all morning, she knew exactly what sort of care he put into his fitness, every minute spent at the gym evident in the taut muscle of his pectorals, the packed ridges of his abdomen, the bulging curves of his biceps. But there were bitable parts to him now—firm flesh at his ribs she could dig her fingertips into, the slightest hint of softness hiding beneath his navel and the happy trail that disappeared into the waistband of his trousers.

She wanted to nuzzle the spot until he was a panting, twitching mess. 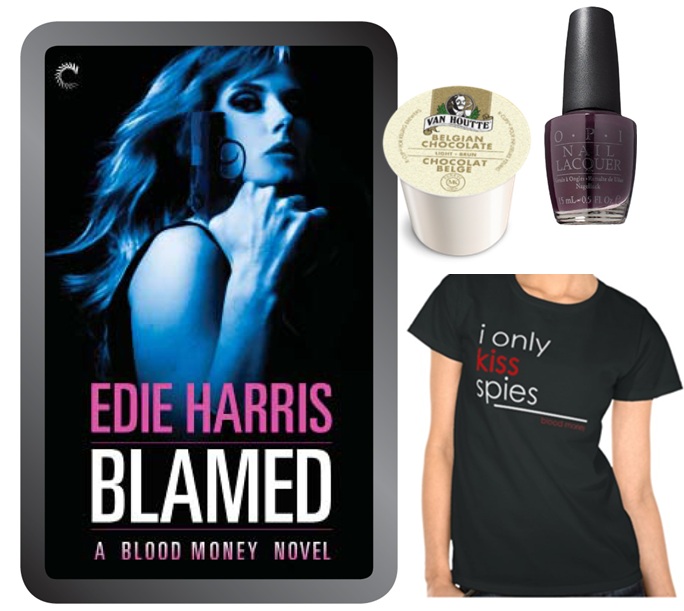 Edie Harris studied English and Creative Writing at the University of Iowa and Grinnell College. She fills her days with writing and editing contract proposals, but her nights belong to the world of romance fiction. Edie lives and works in Chicago and is represented by Laura Bradford of Bradford Literary Agency.

7 Responses to “GIVEAWAY and EXCERPT: Blamed by Edie Harris”