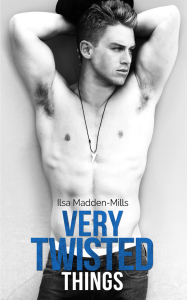 A sassy violinist who lives next door. An obsessed rock star who watches her through binoculars. And one night when she bares it all. Life will never be the same in Tinseltown.

As you know, Ilsa is my GO-TO NA author…and I ADORE this series, hardcore. I can’t wait for this release… give me NOW… Go add this to your TBR. I can’t wait until February!

Vital Rejects front guy Sebastian Tate never imagined his YouTube music video would go viral, sky-rocketing him to acting success in Hollywood. Okay, maybe he did. After all, he’s a cocky dude who knows he’s hot-as-hell, and it was only a matter of time before his stars aligned.

But life in Tinseltown is never what it seems.

Twenty-year-old Violet St. Lyons is a world-renowned violinist who’s lost her mojo on stage. She hides away in a Hollywood mansion, trying to find her way through her twisted past in order to make her future.

He’s the life of the party with girls chasing him down for his autograph. She’s the introvert with a potty mouth who doesn’t even know who he is.

When they meet, stars collide, sparks fly, and clothes come off. Yet, giving his heart to a girl isn’t Sebastian’s plan; falling for a guy who craves attention isn’t Violet’s. 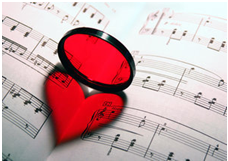 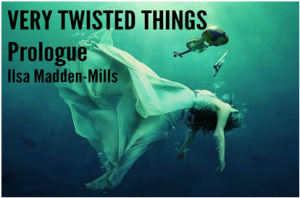 “Then he came along, and like a twisted piece of metal that’s burned beyond recognition, I emerged from the fire. Different. Changed.” –from the journal of Violet St. Lyons

Clad in a pair of red lacy bikini underwear—his favorite—I sipped on tequila—not my favorite—and glared at Sebastian Tate, sexy rock star and billboard model. Wearing low-slung jeans and nothing else, he paced around my chair in tight circles, his tall frame blocking most of my vision, the lion tattoo on his back heaving as he took deep breaths. Blonde and sporting faint stubble on his chiseled jawline, he looked like the heartbreaker the tabloids said he was.

He sent me a hard look. Pissed.

From my living room in the Hollywood Hills, I gazed out the window at the Santa Monica Mountains, my eyes everywhere except on the glossy nude photos he clutched in his hand.

He swiveled his ice-blue eyes at me. Earlier today they’d burned with another kind of fire, but things change fast in Tinseltown. “These will be in the papers. Get ready,” he said, tossing down the pictures on the table, making me cringe.

I gazed down at them, my eyes lingering over one of us on my patio, him on his knees with his mouth between my legs as my body arched in ecstasy. My skin burned at the memory, echoes of the passion we’d shared—and now everyone in the world would see. My family. The society people in New York. The board of directors for the orphanage. My stomach heaved at the thought, bile threatening to rise up.

Another caught my eye, this one a full color close-up of me crying black mascara tears as I played my violin. Nude. It looked depressing as hell although in truth it had been love that made me emotional.

“Remind me to pass on the make-up next time. And to not have sex outdoors. Obviously,” I said, forcing my shoulders to move in a nonchalant shrug like I didn’t care, but he knew the truth. I was devastated by these.

And so was he.

Because we weren’t supposed to be together.

“Stop,” I said, clenching my fists. Because whatever he had to say didn’t matter. These pictures ruined us, ensuring that he’d leave me for her, the beautiful Bubble named Blair. Bubble, bubble, bubble. I wanted to pop her.

Why did I always come last with him?

I stood and faced him, tossing back the last of my shot. “First off, I wish we’d never met.” I held my hand up. “No. Wait. I don’t wish that because then I wouldn’t know Spider or Mila. I—I wish I’d never fallen in love with you. Loving means losing. Always. And I was stupid to forget it. I may have to sell this house and move to another freaking country to get away from you, but I’ll do it. I’ve done it before.” I sucked in a breath. “I’ll be fine without you.”

Lie. I would likely end up drunk on Mexican tequila, nursing what was left of my heart.

He closed his eyes, a dazed expression on his face as if my words crushed him.

“We were doomed from the very start,” I reminded him. “You want to be a star, and all I want is you.”

He stopped his pacing, a muscle jerking in his cheek as he leaned down until his nose was level with mine. “Then this is goodbye, Violet? You’re giving up on us already?”

Did I hear a break in his voice? Impossible.

“If I don’t say goodbye first, then someone else will.” Truth.

He’d never be mine, simply because he didn’t belong with me. I was a washed-up freak who had nothing but a mansion and a Maserati; he belonged on the silver screen with a pretty starlet on his arm.

We were over. Kaput.

I smiled, a bitter thing, and sashayed past him, enjoying the hiss of breath when I let my hand drift over his crotch. “This moment is begging for a soundtrack, don’t you think?” I said, coming to stop by the stereo system and cranking up Kurt Kobain’s Smells Like Teen Spirit. Holding my hands up in the horns rocking out signal, I bobbed my head to the beat while he watched, anger flickering across his face. I danced and twirled around, closing my eyes, the music vibrating through my body, my fingers itching for my violin.

My eyes flew open. He’d strode over to me and clicked the stereo off, chest still heaving.

He shoved his hands in my hair and dragged my face to his, and I groaned at the fire that blazed in my body. I felt the warm heat of his skin and pressed closer and inhaled. He smelled like bourbon and sex—a rock star’s diet—and I panted, cursing myself at the same time.

How would I ever get over him?

He pressed his thumbs across my mouth. Gentle. But his voice was cold. “You can’t wait to high-tail it back to Manhattan to your lawyer boyfriend, can you?”

“I plead the fifth,” I said, staring at his full lips. I licked my own. “But you can kiss me goodbye if you want. I don’t mind.”

We stared at each other until he exhaled heavily and put his back to me, his muscles as taut as the guitar strings he played. He verged on breaking.

Yeah, well, welcome to my world.

Yet at the same time, I reached my hand out to him. Stupid hand.

But of course, he didn’t see it.

“So long, V,” he said soft as a whisper, staring at the ground as if I was breaking his heart, when all along it was the other way around. He took a step from me, then another, then another, until finally, he was nothing but a speck.

I clutched my chest and wanted to fall to the ground and rail on it. Alone. Again.

But tough girls like me didn’t cry over black-hearted boys.

Although in his defense, I owed him a thank you for saving me.

To show you, I’d have to start at the beginning, the day I lost everything.

–Unedited and may change before publication 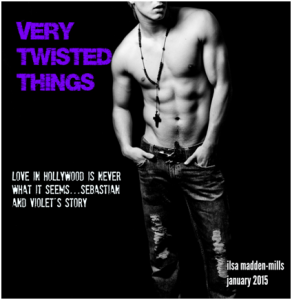 If you’re new to this series, check out these 5 star reads and get to know the other hotties at Briarcrest Academy! 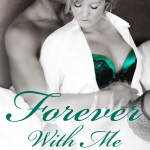 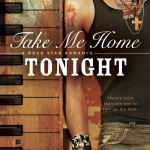 Giveaway and Excerpt for Take Me Home Tonight by Erika Kelly