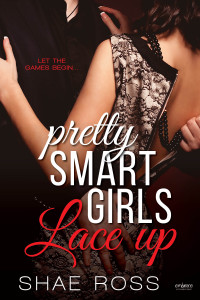 Team Ryan
Ryan Rose and her fellow Spartans are finalists in a high-profile entrepreneurial competition. They’re competing for life-changing money and for their futures. They have a solid plan to win. All they need to do is trounce the competition: rich frat boys from an archrival university. Easy, right?

Team Jett
Jett Trebuchet’s first mistake was not realizing that Ryan and her friends were the competition. His second was expressing his unabashed confidence in his team’s ability to win. After all, everyone knows the only thing MSU does better than U of M is produce beautiful, easy women…oh, and he almost forgot to say “dumb.” And boy, does his team pay for that one.

Game On
As each side tries to game the other, something else seems to be getting in the way—attraction. Now Ryan and Jett must keep their teams from getting distracted by the opposite sex…and each other. All is not fair in love and war when it comes to winning this game.

For a chance at the GIVEAWAY:

Light spills down his lower half, illuminating the inverted V of his legs, planted in the middle of the passage as solid as Roman columns. My stomach twists. His shoulders and face remain in the shadows, but I’ve seen enough to know. It’s Jett. I could tell by the challenging look on his face earlier, he’s ready for round two—like a boxer bouncing up and down in the corner of the ring. I brush off my hands and start walking toward the cross-armed brick wall. A smile curls into the corners of my mouth. All right, frat boy. Bring it on.

As I draw closer, I see light cutting against the hollowed slope of his cheek. His lips are seamed into a tight line, and his eyes are a kaleidoscope of deep blues. Clearly I’ve struck a nerve with Mr. Perfect. I suppose he’s not used to a woman dealing him into the game and then trouncing him. My feet plant in front of him. I raise my chin and attempt to exude a calm confidence I do not feel.

Shae Ross was born and grew up in Ferndale, Michigan. After graduating high school, Ms. Ross attended Michigan State University and continued her education at Detroit College of Law. Prior to 2014, she spent the majority of her career practicing corporate law, running a successful business and engaged in entrepreneurial ventures.

After having one too many stressful days at the office, Ms. Ross began to consider pursuing her lifelong dream of writing.

Armed with an English degree, an interest in historical settings and a huge collection of romance novels, Ms. Ross put pen to paper and began converting the characters in her head to ink. She soon found herself happily immersed in a new working world that included heroes and heroines, agents and editors, and a multitude of secondary characters.

Ms. Ross’ debut novel, PRETTY SMART GIRLS: LACE UP was acquired by Entangled Publishing and is expected to release January of 2015. She currently writes in the new adult and historical romance genres and lives with her husband and three children in Michigan.