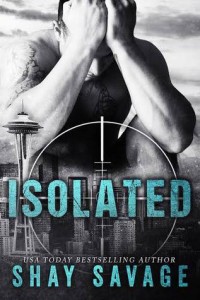 Improvise, Adapt, and Overcome. The mantra is good enough for the Marines; it’s good enough for me. Improvise . . . Near the top of the world, I fight for my life against my opponent, Sebastian Stark. He has the upper hand in strength, but I have the cunning to turn the tables on him. I battle the elements, my demons, and him until Stark and I manage to strike a deal to ensure freedom for us both—and the women we love.
Adapt . . . Being alone comes naturally to me. I’ve spent most of my life alone. Sharing my experiences, opening up to another human being, developing a relationship—all these things are foreign to me. Sometimes I wonder if it’s even meant to be.
Overcome . . . I’ve been away from Lia for far too long, yet I still have commitments I must keep. When I make my way home, I will tell her I have decided to end the life I have led and move on to become the man she needs. I can overcome my demons; I must. But will Lia be willing to wait? 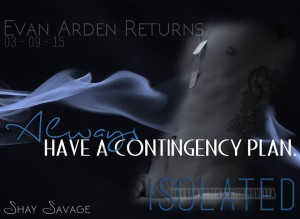 Now, assuming you’ve read all those books you surely do not need my review to convince you to continue on in the series.

Isolated picks up on the mountain where Evan and Bastian are fighting to the death. We hear Evan’s side of the story now and learn how they came to the agreement that allowed them both to live.

The rest of this novella (60ish pages) is Evan reflecting on his relationship with Lia and making his way back to the place he left her to wait while he was doing this job for Rinaldo.

This series reads more action/adventure to me than romance and Isolated is no change from that. I personally want more romance in my reads, but Evan is so delightfully fucked up that I need to know more about him and will continue to read his journey in the hopes that he does eventually get an HEA. Which reminds me, I should note that Isolated is really a bridge between Evan’s crossover book Bastian’s Storm and the next Evan Arden full-length book, coming out sometime in 2015. If you’re expecting Isolated to wrap up Evan’s story, don’t. If this novella is any indication, Evan has a lot more work to do before his story is complete. 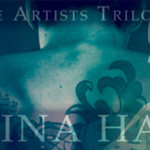 One Response to “REVIEW: Isolated”