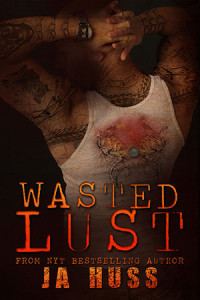 Wasted Lust is a 321 spin-off, full-length, romantic suspense filled with lies, secrets, and the power of redemption by the New York Times bestselling author, JA Huss.

A GIRL WITH REGRETS…

Sasha Cherlin died the night she let Nick Tate walk out on her for a life of crime. Her very essence was destroyed when they broke their promise to one another.

A MAN WITH REMORSE…

Nick Tate made his choice with her future in mind. He loved Sasha enough to know that leaving her behind was the only way to keep her safe.

A PATH TO REVENGE…

Special Agent Jax Barlow understands the bond of love and he plans to use it to get justice. Nick and Sasha will do anything to rewrite their past. He’s counting on that to bring them down.

Wasted Lust is a standalone book, BUT, you have to be willing to go along for the ride. The Sasha character has a long history in all my other books (she was 12 in those books, now she's grown up). And it's a parallel book to 321, so new story, new characters, but same timeline and the plots converge in the middle. No spoilers for 321 in Wasted Lust.

My friends are writing glowing reviews for Wasted Lust. Tears, they say. I can’t finish my review without crying, they gush. Well, fuck. I can’t compete with that. I’m not a crybaby Smurf. There are no tears allowed in the sphere.

Wasted Lust, in my mind at least, has been in the making since Slack. God. Slack. Let’s revisit, shall we? It was late 2013. I’d recently shown up on Julie’s doorstep, looking for Ford. 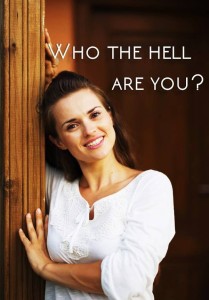 Oddly, this ended with me becoming Julie’s assistant. It doesn’t make sense to us either, in case you’re wondering. Anyway, that’s how it started and shortly after that Slack released.

“Julie. This girl. She needs a book.” Visions of Sasha’s future babies were already dancing in my head.
“Yeah, I don’t know about that. She’s twelve,” she’d said.
“God, no. Not now. In a decade so she can have sex. I’m not reading middle grade.”

“I don’t think anyone wants to read about a grown up Sasha,” Julie claimed.
“Uh, yes they do. I bet she loses her virginity to a CEO,” I suggest helpfully.

So clearly, it was happening. We all saw that, right? The second Sasha wrote that note to Rook it was on. 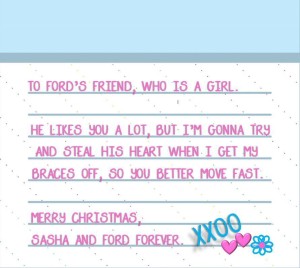 But whatever. I could wait until the writer agreed with me. By wait, I mean carry on as if it were happening.

“What? That’s a year from now. That’s more than enough time for you to finish up Ford, Spencer and write an entire series on whomever the fuck James is.”
“I’m deleting this Jana.”

Jesus. You try and organize a person.
Then Come Back released and Sasha killed it. Killed. It. 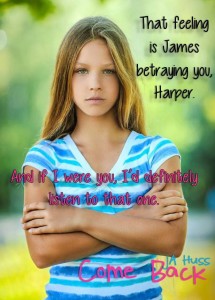 This girl, she steals every scene along with your heart. Her book has to happen. I have to know what kind of woman this brave, mouthy child grows into.

“Julie, Come Back was incredible.”
“I loved it too. I think it’s one of my favorites.”
“Yeah. I can’t wait until Sasha grows up and meets a CEO.”
“There’s no CEO, Jana.”
“So what I hear you saying is there is a Sasha book, she just doesn’t end up with a CEO.”

So it didn’t happen overnight. I had to wait some. And then wait some more. Julie had other books to write, and Sasha had to grow up. But finally, all my delusional wishing came true. Julie was writing Sasha.

“Squeee! All the squeees! Is Rory there? And Five? I cannot wait for Rory & Five’s book. I put that on your calendar for 2016 by the way.”

“Rory’s at the party. Five’s missing it because the Aston’s are out of town. But don’t worry, all the Shrike sisters are at the party.”

It was like Christmas, summer vacation and my cat wearing a unicorn hat all rolled up into one. But wait. Could I get one more delusional wish? 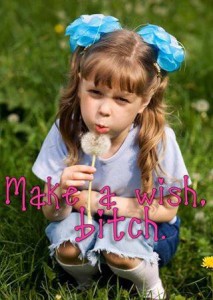 “You know, Julie. Rory could be short for Aurora. Aurora is the first Disney princess.”

“Are you drunk?” Julie asked.

“Ronnie would name her daughters after Disney princesses. Aurora, Belle, Ariel and Jasmine Shrike. Ronnie would so do that!”

“Why are you LOL’ing me? I’ve never been more serious.” 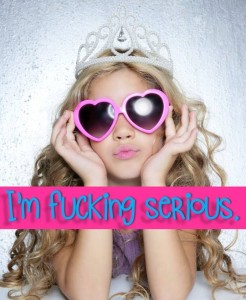 Then Julie said something even crazier than the delusional happenings in my head.

Like it? I liked it before she even agreed to write it. I gobbled up every delicious word of Wasted Lust. I got to see what happened to this feisty kid who I fell in love with as a secondary character in previous books. I got to see what happens when you remove a twelve-year old assassin from a secret underground society and send her to grow up in suburban Colorado, complete with a catholic school education. And I got to watch her fall in love, and holy shit, was that worth the wait. Sasha got exactly the man she needed and I loved every moment of her story.

Note:
Wasted Lust is a standalone book that takes place a decade after both the Rook & Ronin, and Dirty, Dark & Deadly series. Sasha appears in those series as a child. This book runs parallel to 321 with a spoiler free crossover between books. 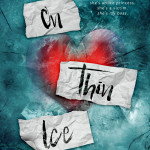