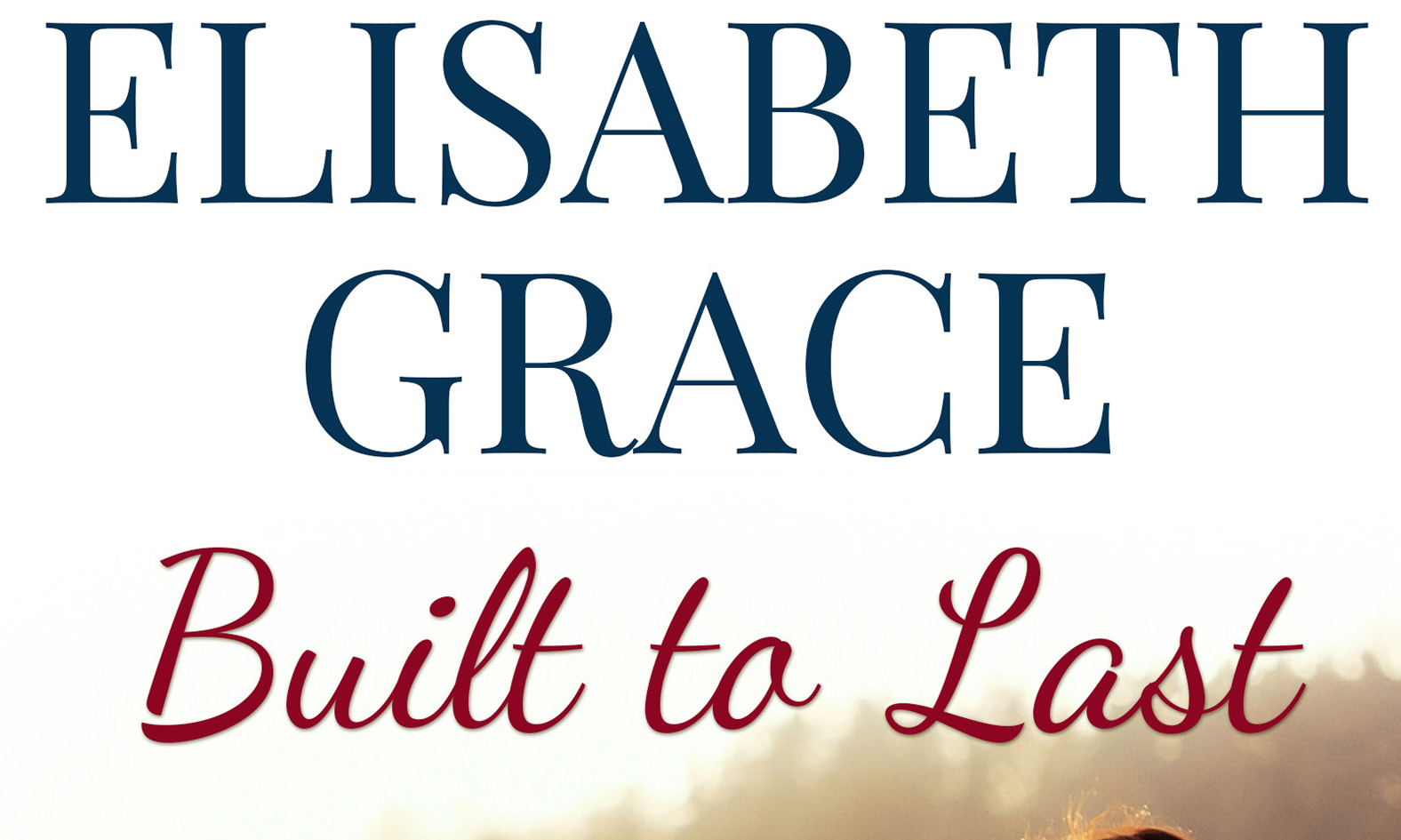 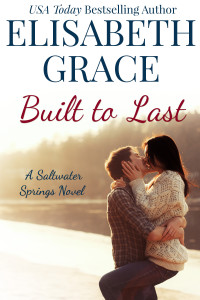 At seventeen, the small town of Saltwater Springs had been everything to Scarlett Devereaux—as had her boyfriend Luke. Never had she imagined she’d have to leave them both behind—until the night that changed everything. A decade after skipping town Scarlett returns to start over in the only place that ever really felt like home. But when nothing goes as planned, she’s forced to turn to Luke for help.

With a drunk for a dad and a mom making pocket change at the local diner, no one ever thought Luke Garrity would amount to anything. After building a successful contracting business he’s proven everyone wrong professionally, but things in his personal life are upside down. Making it the exact wrong time for Scarlett to return to Saltwater Springs.

With a history of devastation and heartbreak between them can Scarlett and Luke make amends, or will secrets from the past threaten the foundation of Scarlett’s new life? Were Luke and Scarlett really built to last? 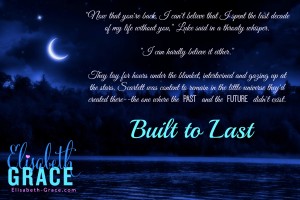 We’re so thrilled to reveal the new cover of Elisabeth Grace’s BUILT TO LAST, which releases November 16th! Check out the beautiful cover below, enter to win an Amazon gift card, and be sure to preorder BUILT TO LAST for just .99c at a special preorder price!

BUILT TO LAST releases November 16th – add it to your Goodreads list here!

Preorder BUILT TO LAST now for just .99c through release only!: Amazon

Luke Garrity pulled up in front of the non-descript storefront on Main Street and double-checked the address with the one the potential client had texted him earlier. He’d hoped to be there sooner but had gotten stuck dealing with a problem at one of his job sites. It was now getting to be about dinnertime. The shop owner had gotten lucky he’d had a client cancel on him; otherwise it would have taken him months to get here. That was the success he’d made of his business in the past decade. All work and no play had paid off.

Luke reached across the cab of his pickup truck to grab a notepad and measuring tape to bring inside with him. He shoved the small notepad in the front pocket of his shirt and deposited his aviator sunglasses on the dash.

He’d been in the middle of something when he’d gotten the text and had forgotten to ask whom he’d be meeting with. Though he hadn’t spoken to the person, it was clear from the text that he or she was in a bind and needed to get this job done fast. While he didn’t really have the time to devote to another project, he had a hard time not helping out someone in need. He’d spent the better part of his youth “in need” and knew full well what that felt like. He figured he’d take a look and see if there was some small way he could help.
He got out of the truck, slamming the heavy door behind him. The cool autumn wind bit into him, cutting through his flannel shirt. As he brought his hand up to knock on the glass window of the shop, Luke froze mid-motion when he saw her.

The girl that had shattered both his heart and his self-confidence when she’d left him behind to attend college. His stomach clenched, his heart spasmed, and his dick twitched. Three simultaneous reactions that perfectly demonstrated the complicated nature of his feelings toward this woman.

At that moment, she looked up from the construction equipment she was pushing to the side and noticed him standing there. She made eye contact and her eyes flashed with something—recognition to be sure, but there was something else that was there and gone so fast he didn’t have time to identify it.

The past decade had been kind to Scarlett. Her wavy, black hair still shone and hung over her shoulders but wasn’t able to hide her ample chest. Her eyes were the same shade of evergreen. He used to be content to gaze into those emerald eyes for hours as they lay in the back of his pickup truck during the lazy summer months. She wore a tight-fitting pair of jeans that hugged her curvy hips—hips he was sure he’d still have a hard time keeping his hands off of if he were within arm’s reach of her.

But she’d never really been within his reach, had she? That was exactly why she’d left him without any explanation all those years ago.

Elisabeth is giving away a $10 Amazon giftcard – you can enter on the Rafflecopter below!

Be sure to sign up for Elisabeth Grace’s newsletter!

If you’re US based and you want to receive a text message when Elisabeth has a new book go LIVE, text ROMANCE to 313131!

One Response to “Amazon GC Giveaway and Cover Reveal: Built to Last by Elisabeth Grace”