$25 GIVEAWAY- Here With Me by Heidi McLaughlin | New Adult Addiction 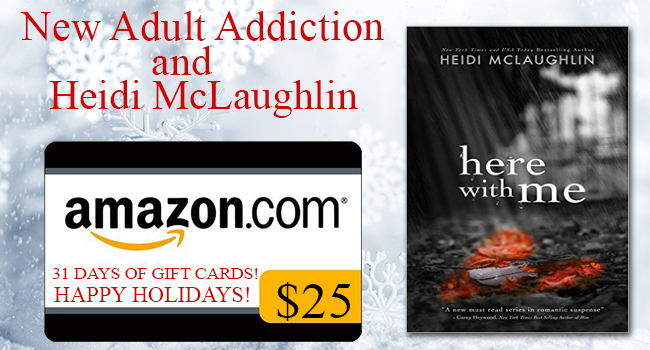 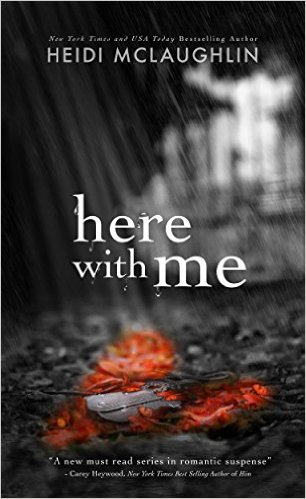 Here with Me (The Archer Brothers #1)

Ryley Clarke has grown up with the military in her blood, with both parents serving their country. Ryley knows the risks of being married to the military. But when the unthinkable happens, and her future husband is killed in action, Ryley can barely survive... until Evan's twin brother, Nate, helps her pick up the pieces.

After serving on a special mission with the military for six years, Evan Archer returns home to find the unthinkable - the love of his life, Ryley Clarke - engaged to his brother, Nate. With Nate on deployment, Evan needs to figure out what happened in his absence, and more importantly, how to win Ryley back from the man he once considered his best friend, but now thinks of as his rival. 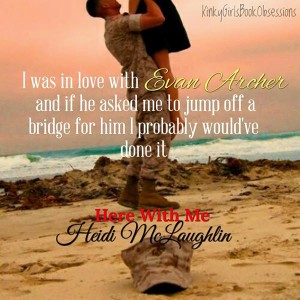 “Ryley, I’m going to ask you again why are you here today?” For the first time since I walked in the door, I look at the therapist. Her hair is cut short, framing her face. It’s brown, but muted. There’s no vibrancy to her color. It’s dull and outdated, much like her couch. Her white, long-sleeved shirt is buttoned high, as if it wants to choke the life out of her. Her cat-like glasses perch on the edge of her nose, and she reclines in her chair with her pad of paper resting on her lap, her pen poised to write down my words at a moment’s notice.

“I’m here because six years ago I lost the love of my life, but now he’s back from the dead, and in a few weeks I’m set to marry my best friend. His brother.” 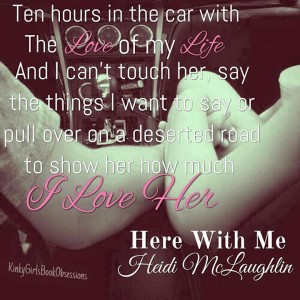 120 Responses to “$25 GIVEAWAY- Here With Me by Heidi McLaughlin”