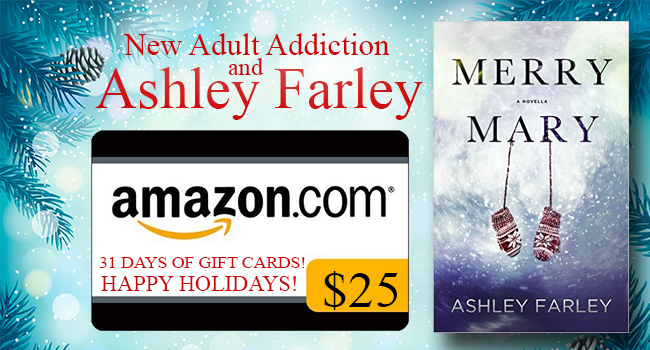 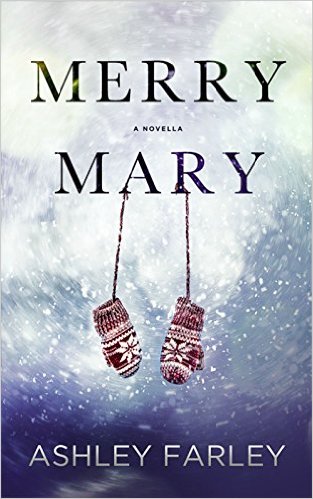 A young woman longing for a child stumbles upon a Christmas miracle.

Investigative journalist Scottie Darden is photographing the homeless for her Lost Souls series when she makes a discovery that could change her life forever. Under a makeshift tent in subzero temperatures in a downtown city park, she finds a woman's dead body with her infant child. Without her cell phone to call for help, Scottie makes the split-second decision to take the baby home. Her initial instinct is to provide the baby with food and shelter until her family can be located. But as her fondness for the baby grows, she finds herself facing a life on the run or worse—prison time for abduction.

Curl up with Merry Mary this holiday season. A heartwarming story of the powerful connection between a caring soul and an innocent child in need. 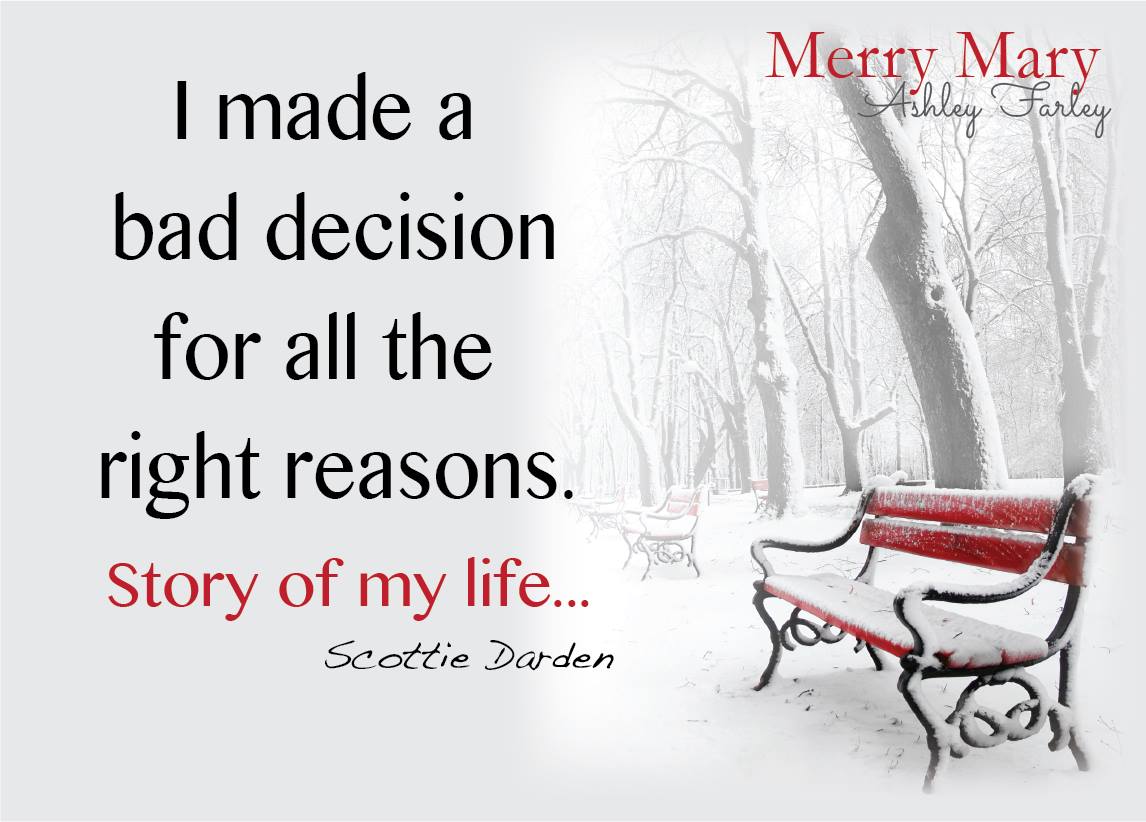 The first rays of pink sunshine ushered in another day of suffering for the people who called Monroe Park in downtown Richmond home. An early winter storm had dumped six inches of snow on the city. With no clouds to blanket in warmth, temperatures had dipped into the teens for the third night in a row.

Scottie Darden parked her 4Runner alongside the dirty snowbanks on Main Street. She pulled her stocking cap down over her blonde mane and tucked her camera inside her down coat. Grabbing the two Bojangles’ bags and carton of coffee from the backseat, she trudged through the snow to a cluster of men and women huddled around a burning trash can.

Eyeing the bags of food, the group of five homeless people navigated toward Scottie. She handed out sausage biscuits and paper cups of coffee.
Scottie had stumbled upon the Five by accident a year ago while investigating a series of muggings in the area. Their despondent faces had such a profound impact on Scottie that she’d returned the next day with warm blankets and buckets of fried chicken from Lee’s. Their gratitude had moved her even more, and over the next twelve months, she’d stopped by on a regular basis, always delivering nourishment and supplies. She’d seen others come and go, but this core group of five banded together like a family.

“I brought extras today.” Scottie held up the second bag.

Mabel gestured toward a row of makeshift tents fifty feet in front of them. Her name wasn’t really Mabel. At least not as far as Scottie knew. With gray hair pulled back from her café au lait face, the old woman reminded Scottie of the housekeeper who once worked for her grandmother.
Scottie had never exchanged names with any of the Five. She’d grown to know them by their physical appearances instead.

Buck was a strapping black man of about thirty, the one Scottie feared the most because of the temper she sensed smoldering just beneath the surface Then there was Pops, the oldest male, with leathery skin the color of dark chocolate. While he never showed his teeth, Scottie often detected the hint of a smile tugging along his lips. She’d named the woman with the plain face and dull green eyes Miss Cecil after her third grade teacher. She referred to the man in the wheelchair, with both legs amputated at the knee, as Dan, after Lieutenant Dan in the movie Forrest Gump.

Scottie offered each of the Five another biscuit before moving to the makeshift tents. She passed out biscuits to women and men who were buried under blankets and sleeping bags. She heard the faint sound of crying outside the fourth tent. She tapped lightly on the cardboard door. When no one responded and the crying grew louder, she pulled back the cardboard and peeked inside.

“Hello in there,” she called in a soft voice. “Can I interest you in some breakfast?” 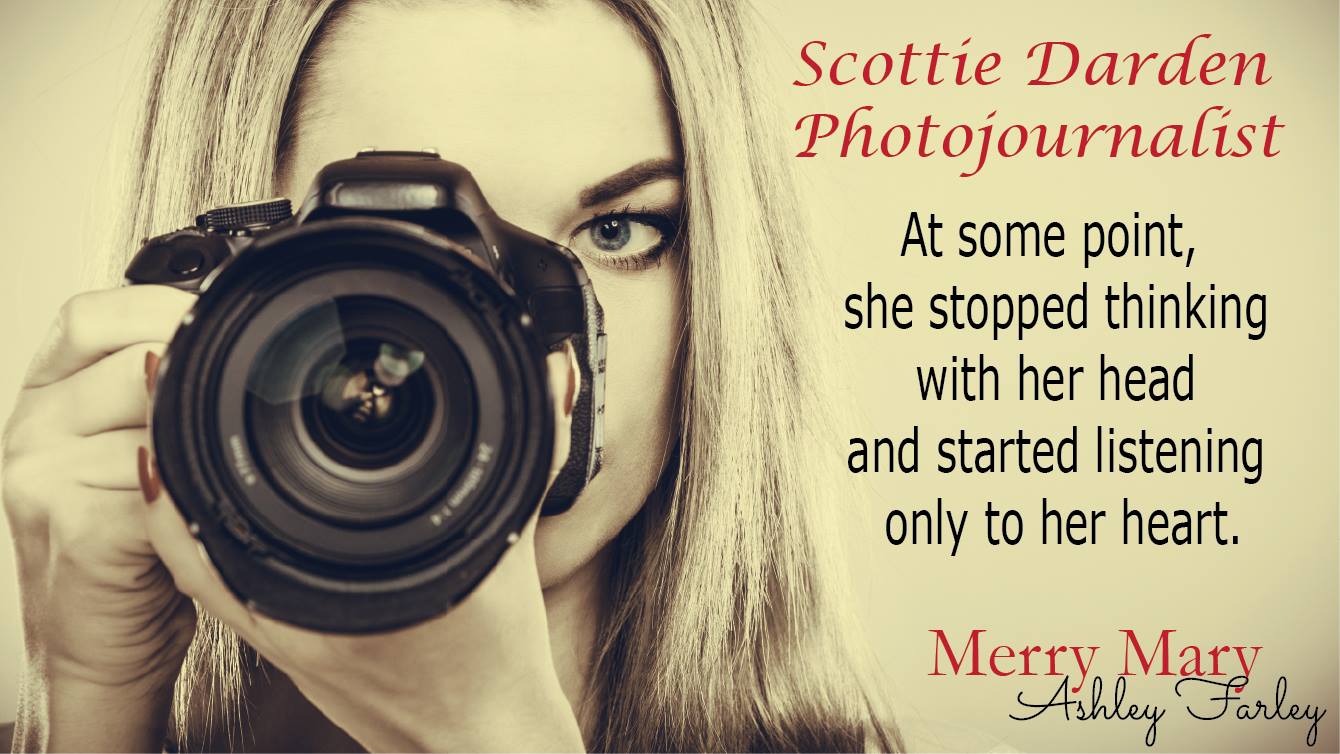 The crying intensified to a squall. Beneath a threadbare blanket, Scottie made out the unmoving form of an adult-size body and the flailing limbs of a smaller figure next to it.

“Hello.” Scottie dropped to her knees and crawled inside. “Can I hold your baby for you while you eat a biscuit?”

When the adult body remained still, Scottie peeled back the blankets to reveal a baby—three or four months old if she had to guess—with blonde peach fuzz on top of her head and a beet-red face. A girl, judging from the dirty pink fleece sleeper she was wearing. She pulled the covers back the rest of the way and gasped at the sight of the woman’s gray skin and purple lips. Scottie assumed the woman was the baby’s mother. She backed slowly out of the tent. “Someone, please help!” she cried. “I think this woman in here is dead.”

The Five fled the scene, along with every other homeless man and woman in sight. Scottie patted her pockets for her phone, then remembered she’d left it connected to the charger on her bedside table. She surveyed the area for help—a policeman, a student, a businessman on his way to work—but the park was deserted.

Scottie crawled back inside and picked up the baby, rocking her back and forth until she settled down a bit. She scooted over closer to the baby’s mother and checked her wrist and neck for a pulse, but there was none. The woman had been dead long enough for her skin to grow cold. Her eyes were closed, but her rosy lips were turned up into a smile, as though she’d seen an angel. Poor woman was probably no more than twenty years old.

Scottie pulled the blanket over the woman’s face and said a silent prayer. Getting to a phone to call for help was the only thing on her mind when she zipped the baby inside her coat and made a dash for her car.

Ashley Farley is a wife and mother of two college-aged children. She grew up in the salty marshes of South Carolina, but now lives in Richmond, Virginia, a city she loves for its history and traditions.

After her brother died in 1999 of an accidental overdose, she turned to writing as a way of releasing her pent-up emotions. She wrote SAVING BEN in honor of Neal, the boy she worshiped, the man she could not save. SAVING BEN is not a memoir, but a story about the special bond between siblings.