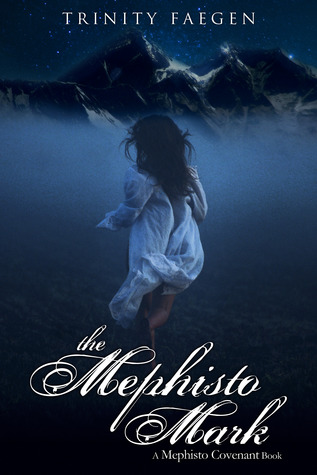 Orphaned at six and sent to live with abusive relatives in Bucharest, Mariah learned early in life to box up violent, agonizing memories and put them in permanent mental storage. Now almost nineteen, she has a paying job, a tiny apartment, and a plan to attend university. She loves her independence and is steadily overcoming her past, but when an enigmatic stranger walks into the pub where she works and the trajectory of her life changes yet again, she begins to wonder if she’ll run out of mental shelf space.

The only females unafraid of the Mephisto brothers are the extremely rare Anabo, born without Original Sin. Over one hundred years ago, Phoenix was first to find one, but he made a fatal mistake and she was murdered by his oldest brother and enemy, Eryx. Phoenix soldiered through the next century wrapped up in grief and guilt, his only outlet planning takedowns of those who pledged their souls to Eryx. When one of his brothers brings Mariah to Mephisto Mountain, he’s torn between his instinctive, powerful need to pursue her, and his certainty that he can never have her.

Drawn into the world of the Mephisto, Mariah sees the pain and misery Eryx unleashes on humanity, and the boxes in her mind begin to fly open, one by one. All that keeps her from slipping off the edge is her unlikely, sexually charged friendship with Phoenix. He’s incredibly screwed up; she’s completely broken. It would take a miracle for them to find happiness. Then Eryx brings the war for Hell to a whole new level, forcing Mariah and Phoenix to make a choice that will bind them together for all eternity, or rip them apart forever.

First I would like to take a moment to thank Pink Publishing, LLC for granting g me the privilege of reading an ARC of this book in exchange for an honest review. The fact that I received the book for free in no way impacts the content of my review. This book actually rates a 3.5 for me, but closer to 4 than 3, so I rounded up.

This book deals with domestic abuse, pedophilia, and rape, so please be forewarned that this is intended for a more mature audience.

I was initially put off by the book because the very first thing it began with was a glossary of who is who and what is what in the world of the Mephisto. Books that begin with glossaries and/or maps tend to make me question just how well the world-building was done, and wonder if maybe the author didn’t overreach their abilities. Clearly that is not always the case, as there are numerous examples of excellent series containing maps, keys, family lines, etc. Often those books require more effort from the reader than the average book requires, or at least until the reader is pulled into the story by its own merits. Thankfully this was a brief glossary and I never needed to reference it. My only other minor whining has to do with the fact that several of the major characters have very similar nicknames. The interchangeability of their names made the story a tad difficult to follow during the first portion of the book, but became less of an issue the deeper I got into the story. Had I read the first two books in the series this may never have been an issue, one I’ll never know the answer to, not having the ability to travel back in time.

Based on the book’s description and cover image I was anticipating a more action-based story – I was wrong. Happily so as it turns out. What makes this book such an enjoyable read for me is the interplay between the characters, watching their emotional development and growth. Particularly the central characters Mariah and Phoenix, which makes sense as this is really more their story than anyone else’s.

When Mariah is first introduced it is crystal clear that she is damaged goods, having been violently abused for the majority of her formative years. Yet she is also extraordinarily special in several ways. Unbeknownst to her, she comes from an incredibly rare line of people who do not have Original Sin, making her Anabo. Even after having this explained to her Mariah doesn’t feel worthy or special, as she harbors huge feelings of guilt. The only thing that truly sustains her in life is knowing that she saved her younger sister, getting her out of that miserable life in Romania to somewhere safe. In many ways it is how she defines herself. And because of that Mariah never once regrets the choices she made, including the one that makes her believe she is destined for Hell. As the reader I was so certain I knew what she thought that sin was. Imagine my surprise to learn I had it wrong.

Taken away from all she knows, thrust into this fantastical version of the ‘world’ that is run by the Sons of Hell (Mephistopheles’ six sons by Anabo Elektra, all of who he had hidden from God). Mariah is told she is destined to be with the Mephisto Phoenix for all eternity, should she chose to become Mephisto herself. This is a choice she struggles with, not because Phoenix is an ass to her when they first meet (and boy howdy is he ever) or because of her fear of men, but because she would have to collect “lost souls” and bring them to Hell on Earth. Even after everything she has lived through she still can’t stomach the idea of taking a life, bad or not.

I think what I liked about Mariah the most was that she didn’t take crap from anyone, especially Phoenix. Though damaged she’d found her own way to cope. And because of that she was able to face almost anything. She never allowed herself to hide from the things she wanted to avoid in the present. If someone else said something, or behaved badly, Mariah was often the first to call them on it. Taken away from the life she built for herself, frequently surrounded by large alpha males, and she still calls bullshit when she sees it. Equally important, she hasn’t lost the ability to open her heart, even when she knew it could, and likely would, cause her pain and suffering. Plus, her ability to see straight to the heart of a matter made her excellent at reading the people near her, and most situations.

Phoenix is the perfect match for Mariah – she’s deeply damaged and he’s just plain broken. I think it is a stroke of brilliance that Ms. Faegen matched Phoenix’s truck of compartmentalize things with Mariah’s mental ‘boxes,’ thus allowing him to understand Mariah’s coping mechanism, and in turn allowing Mariah to understand choices he makes. All the gentle, tender care he layers on Mariah, helping her to begin the healing process, she returns in kind, sticking with him through his many screw ups as he tries to work his way out if the century old pit he’s dug himself and into a place where he can love Mariah and trust that he actually knows that it is real love. Watching the two of them as they take their first few fragile, and still shaky, steps toward loving each other is beautiful.

Though much of the book is character driven there are definitely sections of pure action that help to move the story forward. They are also there to help highlight the simple fact that beyond this one unfolding love story is the never-ending struggle for dominance between good and evil. So while my take-away from this reading was more love story, if I re-read this book in a different mood the battle between good and evil could easily be the main take-away for me. So don’t be fooled into thinking this book is a straight up romance, or chick-lit, for there is much more taking place. I have to leave some mysteries for you to discover don’t I? But it is so hard, for there are so many interesting things that happen – to help shape a character, or to steer the story a specific direction, still others to illuminate a character’s motivation, explain what is going on in their head when they make the choices they do. Some great surprises to be uncovered as well – all of it entertaining enough that I want to share my thoughts on essentially everything the characters experience.

The arc of the story is initially a bit slow, as all the different players are woven into the story, but the pacing continues to pick up speed and intensity as the story nears its zenith. I found myself frantically turning the pages to learn what would happen between Phoenix and Mariah and the rest of the characters I’d come to love, hate, or at least know in some small way. At the same time I was struggling to slow myself down so I could wring every last moment out of the story to examine and savor for as long as possible. Clearly I need to work harder on my self-control, for the frantic page turning continued until there were no more pages left to turn. In the course of reading this book I experienced just about the full gamut of emotions. I definitely enjoyed this book and have every intention of getting the others in the series, those already in print and those due to come out. I find myself already speculating on just how Ms. Faegen plans to handle the relationship between Zee and Euri!

P.S. Pick up some extra tissues when you get the book(s) and make sure they are on hand when you settle in to begin reading! 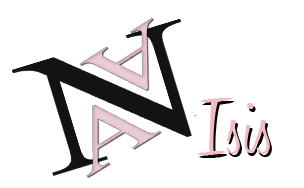 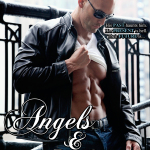 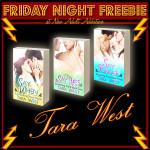 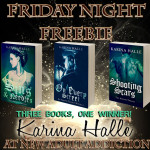 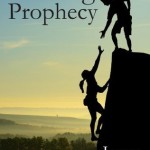 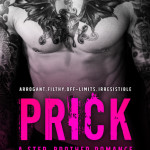 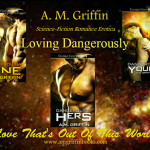