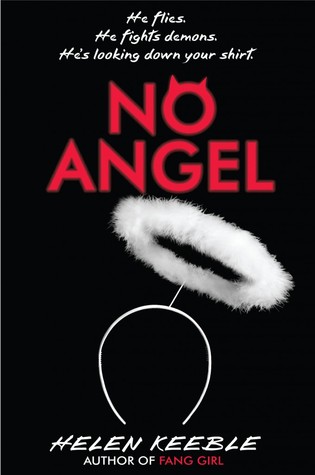 Rafael Angelos just got handed the greatest gift any teenage boy could ever dream of. Upon arriving at his new boarding school for senior year, he discovered that he is the ONLY male student. But what should have been a godsend isn’t exactly heaven on Earth.

Raffi’s about to learn that St. Mary’s is actually a hub for demons-and that he was summoned to the school by someone expecting him to save the day. Raffi knows he’s no angel-but it’s pretty hard to deny that there’s some higher plan at work when he wakes up one morning to discover a glowing circle around his head.

Helen Keeble’s debut novel, Fang Girl, has been praised for its pitch-perfect teen voice, and VOYA called it “refreshing and reminiscent of Louise Rennison’s Confessions of Georgia Nicolson series.” No Angel brings you angels and demons like you’ve never seen them-complete with the wry humor of Vladimir Tod, sinfully irreverent romance, and some hilariously demonic teenage dilemmas.

Our hero, Rafael Angelos, is in his first English lesson at his new school. His desk partner is Michaela Dante, a dark, smoldering beauty. Needless to say, Raffi is not exactly giving the teacher, Ms. Wormwood, his full attention…

“So let’s hear from the male perspective. If you would tell us your thoughts, Raffi?”

What few coherent thoughts I had at that moment were mainly about the view down Michaela’s top, but I didn’t think that was the sort of male perspective Ms. Wormwood meant. Dragging myself back into the everyday world, I tried to remember what the teacher had been wittering on about. Something about the summer reading assignment? What was the summer reading assignment? I hadn’t even read the back cover when I’d thrown it in my bag this morning. I glanced down now in search of inspiration, and discovered I’d taken out my Biology textbook. No help there.

Ms. Wormwood’s look of friendly expectation was starting to slide into the wary expression of a teacher who senses imminent bullshit. “Well,” I said, stalling for time. “I thought it was very interesting.” I snuck a peek at the cover of Michaela’s book, catching a glimpse of a winged and gratuitously shirtless angel tumbling in flames out of a dark sky. No doubt it was some sort of girly romance, all forbidden love and sparkly boyfriends.

“I found it very inspirational,” I said, deciding that I might as well go for broke. Michaela, still searching my face intently, drew in a sharp breath; encouraged, I ploughed on. “I really identified with, uh, him.” I gestured at the angel guy.

Ms. Wormwood did not look like she was buying this. “Could you be more specific?”

Not really. “Well, his struggle totally resonated with me,” I improvised wildly. “And the way that he decided to go for what he wanted, despite everything trying to stop him.”

Ms. Wormwood’s eyebrows shot up. “Interesting. So you would call him the hero of the piece?”

“Absolutely,” I said, hoping I sounded confident. “That sort of tenacity is definitely heroic.”

Ms. Wormwood beamed at me, as a little murmur ran around the classroom. “Very good, Raffi. I do like a student who rejects dogma and draws her — his — own conclusions. Why don’t you read us the famous quote summing up his argument? Lines 258 to 263.”

I cast Michaela a sideways glance, to see if she was rapt with admiration at my sensitive nature yet — and was met with a narrow-eyed glare that suggested that if I asked to share her book I was likely to get walloped over the head with it. Recoiling, I hastily fumbled my own copy out of my bag, trying to work out what I’d done wrong. Had I come across as too nerdy? Too pretentious? What?

Finding the right page, I squinted at the text. Oh, great. Poetry.

“Here at last
We shall be free;
the Almighty hath not built
Here for his envy, will not drive us hence:
Here we may reign secure, and in my choice
To reign is worth ambition though in Hell:
Better to reign in Hell, than serve in Heaven.”

“Excellent, pet,” Ms. Wormwood said, as I blinked at the page. “Now, who can tell me what Satan means by his speech to the fallen angels here?”

Satan? What the hell kind of romance was this? I checked the back cover as half a dozen hands shot into the air. Paradise Lost, it said. By John Milton. Apparently it was all about the war between God and the Devil.

Who I’d just held up as a paragon of manly virtue.

No wonder Michaela had glared at me. She’d now let her hair swing down like a curtain between us, hiding her face. I stifled the urge to groan and thump my head on the desk. This day just kept getting worse and worse.

Busy kicking myself, I barely noticed Michaela whisper something Italian-sounding under her breath. Then her fingers brushed my thigh.
Ms. Wormwood broke off mid-sentence. “Is there something wrong, Raffi?”

From flat on the floor, I managed to make a strangled sort of noise, shaking my head. Aware of all the eyes staring at me, I quickly picked up my overturned chair and reseated myself. Burying my face in my book, I waited until all the girls had turned back to Ms. Wormwood. Then I cautiously peered over the pages at Michaela.

Her face was still hidden, but somehow she knew I was looking. “And now,” she murmured, in a low, throaty voice that made every syllable sound like an invitation to a dirty weekend, “I know everything about you.” Her knees bumped mine under the desk as she turned toward me. “Do you know what I’m going to do?”

I maintained my smoldering, mysterious silence, mainly because my brain had utterly fused.

“I’m going,” she whispered, her black eyes burning with passion, “to kill you.”

Helen Keeble is not, and never has been, a vampire. She has however been a teenager. She grew up partly in America and partly in England, which has left her with an unidentifiable accent and a fondness for peanut butter crackers washed down with a nice cup of tea. She now lives in West Sussex, England, with her husband, daughter, two cats, and a variable number of fish. To the best of her knowledge, none of the fish are undead.

Her first novel, a YA vampire comedy called FANG GIRL, is out 11th Sept 2012, from HarperTeen. She also has another YA paranormal comedy novel (provisionally titled NO ANGEL) scheduled for Sept 2013. 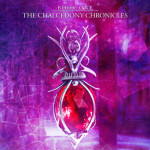 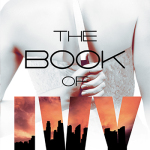 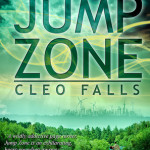 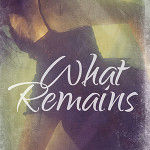 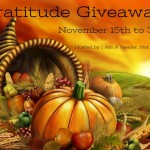 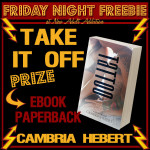 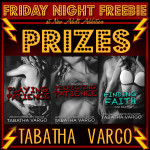 12 Responses to “RELEASE DAY GIVEAWAY: No Angel by Helen Keeble”