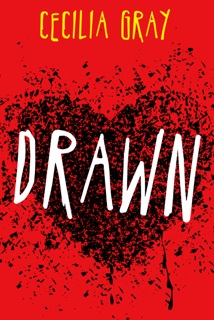 Take a journey into the gritty world of political espionage through the eyes – and lies – of one extraordinary girl. A wholly original tale of friendship and betrayal from the author of The Jane Austen Academy series….

Sasha has a secret – that she can make you spill your secret with nothing more than a question. Her strange gift makes her a burden to her foster family and a total freak of nature. Not that Sasha cares. Why should she when no one cares about her?

To survive a world where no one is who they seem, Sasha needs to make people trust her. But when that trust blossoms into love, Sasha is forced to decide between duty and friendship, between her mind and her heart, and whether to tell the truth or keep her secrets.

Sasha loves to draw and she expresses a lot of her feelings about her life through comics. Each chapter begins with a comic book page – Sasha’s interpretation of her birth to childhood to life with the FBI. 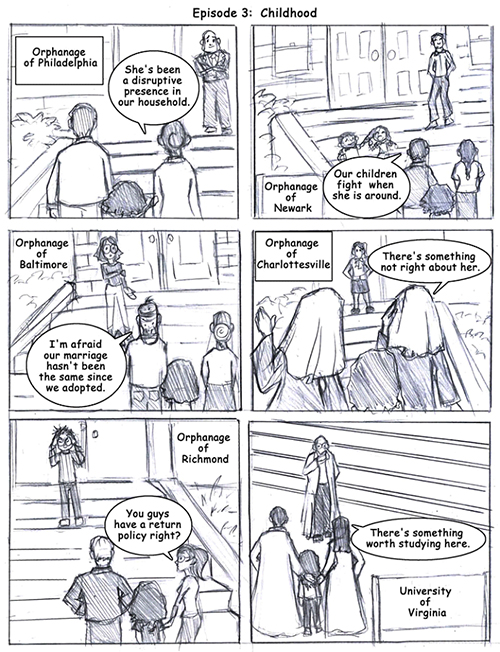 I’ve studied Chelsea since the FBI teamed us up when I was twelve. She has a move…classic Chelsea. She turns the doorknob and her body stiffens, a metal rod shoved down her spine. As she sets a high heel inside the interrogation room, her southern accent and soft manners are buried beneath a terrifyingly sleek, blond exterior in a perfectly pressed pinstriped suit.

Four years of practice, two custom-cut suits of my own, and I still look epileptic when I try to project that sense of total control. Of I’ve got this. Even though I don’t have her drawl and my posture’s not bad.

I follow Chelsea, stiff as can be, into the room with the bright white walls. Our sicko suspect glances up from the steel table in its center. I flinch at his chilling stare. Flinching already, see. A slow smile bulges his cheeks as he studies me. Attention from a guy in an orange jumpsuit sitting at a steel table—to which he is handcuffed—is what Chelsea would officially term an undesirable outcome. More undesirable—me showing I care. Like she always says, “Don’t let ’em see you sweat, hon.”

No way am I giving this psycho the satisfaction. I suppress a shiver as the air conditioning kicks on with a groan. Tiny goosebumps break out on my forearms, raising the fine hairs to attention. Can’t rub myself warm—that’s a tell. Instead, when Chelsea slides into one of the fold-out metal chairs across from him, I follow her lead and take comfort in her giraffe-like posture in the chair next to mine.

Chelsea tosses a manila folder so that its contents spill across the table. The file details his alleged heinous crimes, the FBI’s efforts to track him, and the blood evidence in his garage that matches that of the latest missing girl—Georgia State art major, vegetarian, and more important to the suits, daughter of a local bigwig. Funny, the things you remember from a file when they have nothing to do with the case, like how she specialized in collages. They’d found cut-up pieces of magazines littered across the desk and floor of her dorm room. The pieces trailed into the hall like flower petals down a church aisle.

The strewn high-gloss photos of his suspected victims—his own personal collage of the young, female, and carved—don’t solicit a cringe from him when I can barely hold down my water and I’ve been staring at them for weeks. My gaze flickers to the one-way mirror—a silent promise: We’re gonna nail this freak.

“I’m FBI Agent Chelsea Tanner. This is my partner. How are you this evening?”

This is normally when a suspect will ask, with understandable outrage, why I’m party to the interrogation because aren’t I, at almost sixteen, too young to be in the FBI? Pinstriped suit or not, I look my age, maybe even a year or two younger because I’ve always been small—childhood malnutrition will do that to a girl.

It’s the suspects who don’t care that I’m in the room who worry me. Like this guy, whose pale eyes flicker to my throat.

I fight the urge to shift, even to clench my fingers tight into a fist. I don’t blink.

“Fine weather we’re having this winter.” Chelsea manages not to smirk at our sitting in a windowless room. Her face is unbreakable. “These are perfect skies for a getaway. Do you have plans for the weekend?”

When he doesn’t answer, she shares our itinerary—a leisurely drive to Savannah to visit her mother at their family wintering home. Yes, that’s a thing. The trip always involves mint juleps and wide-brimmed hats, not that Chelsea shares the finer details. A genteel background rarely earns cred with criminals.

She chit-chats as if he’s not imagining the slice of his boning knife into my neck. The careful incision he would carve against the clavicle, removing the flat bone from the ligaments attached to the shoulder. I don’t need my unique magic to know what’s on his mind. Some things in the case file stick for a reason.

My bone structure fascinates him. His gaze caresses my cheekbones, roams over the bridge of my nose, dips into the hollow of my neck, and brushes the stray dark corkscrew curls that drape over my sternum.

“Savannah’s so beautiful this time of year. Any time of year. I go as often as I can. Don’t you think you should make time for family?” The word rolls off her tongue in three syllables, a rare ray of southern shining through her otherwise stiff facade.

He closes his eyes as though in prayer. When he opens them, his pupils dilate to nearly black and he rubs his thumbs over his knuckles. He does not take the bait.

Come on, Chelsea. You work your magic and I’ll work mine.

That’s our deal. She gets them talking. I make them spill their guts.

–50 $ Gift Card to book retailer of their choice

Cecilia Gray lives in the San Francisco Bay Area where she reads, writes and breaks for food. She also pens her biographies in the third person. Like this. As if to trick you into thinking someone else wrote it because she is important. Alas, this is not the case.

Cecilia has been praised for “instilling a warmth and weight into her characters” (Romancing The Book Reviews) and her books have been praised for being “well-written, original, realistic and witty” (Quills & Zebras Reviews).

Her latest series of young-adult contemporary Jane Austen retellings was named a What’s Hot pick (RT Book Reviews magazine) and is a Best of 2012 pick (Kirkus Reviews) where it was praised for being a “unique twist on a classic” and offering “a compelling mix of action, drama and love.”

She’s rather enamored of being contacted by readers and hopes you’ll oblige.

I’m Giving Away Free Copies of RECALLED by Cambria Hebert!

27 Responses to “$50 GIVEAWAY and EXCERPT: Drawn by Cecilia Gray”

Leave a Reply to Carolyn J